At CES 2019, Suning unveiled its RaaS strategy and SenseTime, as a new celebrity member of Chinese AI technology, formed an alliance with Suning to help it to realize RaaS strategy. 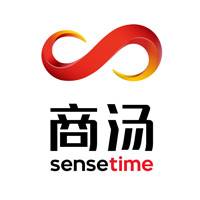 January 10, 2019 /EqualOcean/ - At CES 2019, Suning (苏宁) unveiled its RaaS (Retail as a Service) strategy and SenseTime (商汤科技), as a new celebrity member of Chinese AI technology, formed an alliance with Suning to help it to realize the RaaS strategy.

Suning is a Chinese omnichannel electronics retailer and a Fortune global 500 retail company, who successfully transformed itself during the mobile internet boost age in China from a completely physical retail chain to current integrated omnichannel. As a smart retailer, Suning intends to welcome RaaS as the model for its future development. But to achieve the RaaS and to empower the “Brain” of Smart Retail, Suning will employ AI technology to drive and orient its retail operation, which introduced SenseTime as its partner for tech backup.

SenseTime is the uprising star AI tech platform company that provides AI solutions and tech support. According to a video posted on CNBC, its group VP LIU Gang (Leo Liu, 柳钢) said that with its own, tech cannot generate value, and tech must be installed or applied into specific industries or scenarios to generate value. Indeed, SenseTime fulfills the duty as a tech platform and provider. Its face recognition tech has been implemented in public population flow monitor system and assisted the police force to locate unusual activities and suspects. Besides security, SenseTime also has implementations in other industries so it can push technologies’ landing and inject industries with new power.

The alliance with Suning is a chance for SenseTime to display the power of deep learning in the retail industry. Suning is a darer in the market to embrace new techs and new concepts while others are hesitating and losing the chance. Gome (国美), once to be bigger than and the biggest competitor of Suning, has fallen behind Suning in last decade when Suning aggressively making changes onto its structures and business models to adapt to the changing market. Worth to mention, Suning participated in SenseTimes’ series C financing in April 2018 at USD 600 million, which was led by Alibaba Group, and now, SenseTime has grown to a unicorn valued at USD 6 billion. The investor relationship secures the bonding between Suning and SenseTime and also offers a precious opportunity for SenseTime to use AI tech to generate real values.