Deloitte China has added Laiye to its 'enterprise service portfolio,' which includes top-notch providers such as Alibaba Cloud, AWS and Oracle. 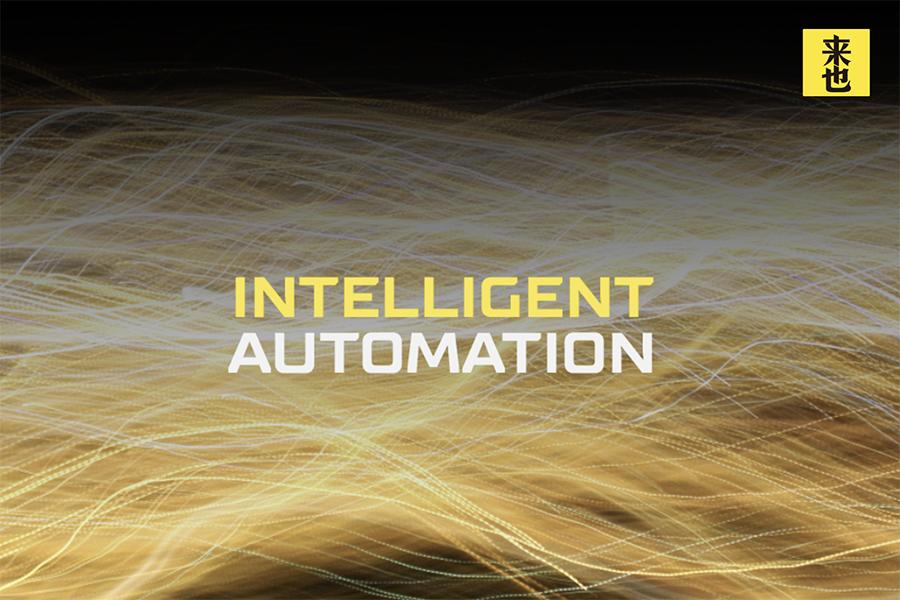 Although the COVID-19 outbreak has disrupted operations in many industries, the unfavorable environment has been unexpectedly converted to growth within some sectors. The domain of Robotic Process Automation (RPA) is one of the beneficiaries. Referred to by some as 'software robotics,' RPA is a form of automation technology operating in various businesses based on emulator software robots powered by artificial intelligence. According to a Deloitte 2020 survey, many global CEOs are interested in using 'contactless' technologies like RPA in the future.

The RPA trajectory was already quite popular before 2020. In 2019, Microsoft launched its Power Automation service. SAP rolled out a similar tool in 2020. In China, however, this trend is just getting started.

Among the automation software offerings, Laiye, which has just emerged as the winner (link in Chinese) in one of the key sections of the Artificial Intelligence World Innovations (AIWIN) Algorithm Technology Competition 2021, has been selected by Deloitte China as a pivotal supplier. In this article, we analyze key trends in the China's RPA industry through the example of this strategic alliance.

Deloitte Legal Partner Ye Jianfeng believes that the cooperation with Laiye is a 'win-win' in many aspects. Per him, Laiye's products meet requirements of various customers, while being complementary to Deloitte's digital ecosystem. Meanwhile, Laiye's CEO Wang Guanchun considers Deloitte's digital transformation prowess helpful in improving the quality of the company's products and hopes that this partnership can help it expand its business beyond China.

So far, Deloitte China has partnered with five other enterprise service providers in the country. Among those, Alibaba Cloud has been selected as one of the most versatile local cloud service providers. AWS, the global leader in the space, was chosen for its growing capabilities in the Greater China region. Another name is Oracle, which has successfully built a customer-centric business ecosystem in the country. Laiye, now the smallest company on the list, leverages its RPA+AI technology to accelerate the digital transformation and upgrading of Chinese enterprises.

Laiye started its way in 2015. The company's founders believe in the potential of reaching exponential growth by the side of RPA. There has also been a structural change in China's enterprise software services market, following the growing appetite of ever-evolving customer needs seeking more convenient and efficient solutions. As a result, enterprises demand low-cost solutions, such as RPA. From RPA to intelligent automation

Although RPA has been a near-perfect tool for enterprises to improve efficiency, armed by AI, RPA has been given intelligence and the change brought by it has been further upgraded. Forrester finds nearly 84% of companies surveyed said a quarter of their processes need AI. And Wang believes the trend will be further strengthened.

So where is the magic of Intelligent automation? It has multiple benefits: less workload, lower costs and better compliance. Many businesses have applied this technology worldwide. According to IDC, "by 2022, 75% of tier 1 Asia/Pacific banks and insurance companies will deploy intelligent automation solutions." Telecommunications, automobiles and healthcare sectors have also witnessed a surging demand for RPA technology because these industries need to handle the requests of many retail customers while ensuring the security of their data.

Not only that, quite a few leading research institutions have joined the cohort bullish on the RPA industry. Gartner, for one, estimates the global market to reach USD 1.89 billion in 2021. Per Accenture's forecast, "in terms of automated work, RPA technology may be able to perform tasks equal to the output of 140 million full-time employees (FTEs) by 2025." Compared with the RPA industry in the US, China's RPA industry started growing in 2016, and its market size is therefore much smaller. iResearch estimates that the market was around USD 300 million in 2020. Deloitte's Mr. Ye expects the market to grow at 50% for at least three years. In the meantime, the fast growth has started making the sector more profitable. According to Mr. Wang, the RPA industry's gross margin is somewhat similar to other software industry segments, in which a mature company can achieve over 50%. He also thinks the industry's potential is expanding in terms of operating profits. Developing RPA requires a lot of R&D investment in technologies such as those under the 'Artificial Intelligence' (AI) umbrella. The profit margin is often compressed by tech-heavy applications.

In addition, Mr. Wang expresses there are differences in the technology routes between Chinese and American firms. For example, Chinese entrepreneurs have been unleashing AI technologies, such as Natural Language Processing (NLP), to solve judgment accuracy in processing, while only a handful of US counterparts empower RPA with AI. In terms of customers, most Chinese RPA users come from small and medium-sized enterprises, especially in the e-commerce sector. The development of large businesses is still a blue ocean.

Besides, Chinese companies are also expanding their business overseas – Tencent helped Sea, a Southeast Asian gaming and e-commerce company, replicate its business model, and Alibaba invested in Lazada. The strategy is being deployed by RPA entrepreneurs as well, with Laiye setting up a Singapore team in 2020. The CEO believes that Southeast Asia is often the first destination for Chinese companies marketing globally because of the countless market similarities. Although there are many enterprises in China, Mr. Wang considers the overall demand for PRA to date not huge enough, so it is necessary to project long-term goals in attracting more overseas customers.

Except for these differences, the epidemic has brought a few tailwinds. It accelerated the purchase of RPA by enterprises and governments. In the early stage of the epidemic, the program of Laiye was quickly adopted by the government in Wuhan. Health information is collected through phone-based voice and semantic-based text recognition. Then the information was entered into government systems by an RPA robot.

After testing major local RPA solution providers' services, Mr. Ye's team recognized Laiye. The industry's growth is gratifying and, at the same time, breeds AI innovators like Laiye. In 2019, the company merged with UiBot to enter the RPA+AI market with an exceptional arsenal. The robot created by Laiye can understand the existing applications of enterprises through user interfaces and automate routine operations based on pre-written rules.

Laiye's ingenious architecture is nonetheless easy to deploy. Its RPA scheme deals with the robot creation and management process in a structured way, which makes it easy for new developers to get started.

Last but not least, Laiye's Intelligent Document Process (IDP) can transform unstructured documents such as contracts and emails into insights through data extraction and validation. IDP also allows users to review and correct information. Besides, all the data can be sent to RPA for additional operations. Laiye achieved positive cash flow on the enterprise and chat robot businesses in Q4 2020, with a year-on-year growth of 900% in revenue from RPA subscriptions. Its clients now include a number of Fortune 500 companies. Laiye also serves dozens of provincial and municipal governments and thousands of small and medium-sized customers, with a retention rate of 96% as of Q2 2021. There are three pillars to the fast growth of Laiye. One is the company's product and AI capabilities: AI empowers its applications of optical character recognition (OCR), text understanding and man-machine conversation. Besides, Laiye's products have been selected and distributed through many channels, including large public cloud service providers, software integrators and large consulting groups. Thirdly, it focuses on research and development, with more than 200 core domestic and foreign invention patents and more than 20 authorized patents.

The company's two core strategic development directions are globalization and building a developer community consisting of partners and dynamic developers. The company set up a Singapore team to expand its overseas business in 2021. Since its inception, it has hoped to become a global company, inspired by its vision to assist everyone with robots. Apart from tapping into Singapore, Laiye has built the largest RPA developer community in China, and its applications have been downloaded and installed more than 100,000 times. Its UBstore provides customized robots with prices starting from CNY 500 per year, with over 100,000 users. The prevalent cases include e-commerce website information capture, customer service reply and inventory synchronization.

The pandemic has accelerated the adoption of RPA in China and beyond. With major global professional service provider Deloitte and local AI innovator Laiye working together, the potential of China's RPA market is poised to be further explored. For Deloitte, China's RPA is still an untapped market. Combining its vast client network and the technological products of top domestic suppliers, Deloitte's advantage in China's enterprise service consulting will further grow. Laiye, in turn, may also greatly benefit from this strategic partnership.