A Glance at Ant Group and Tencent's Insurance Technology Ventures

The wave of fintech has spread to the insurance industry, giving rise to the 'Insurtech' and the related niche markets. However, in China, the insurance penetration rate (2.7%) and premium per capita (USD 47) are both lagging, leaving much room for potential. Chinese Big Tech is seizing this opportunity and the competition is just getting started. 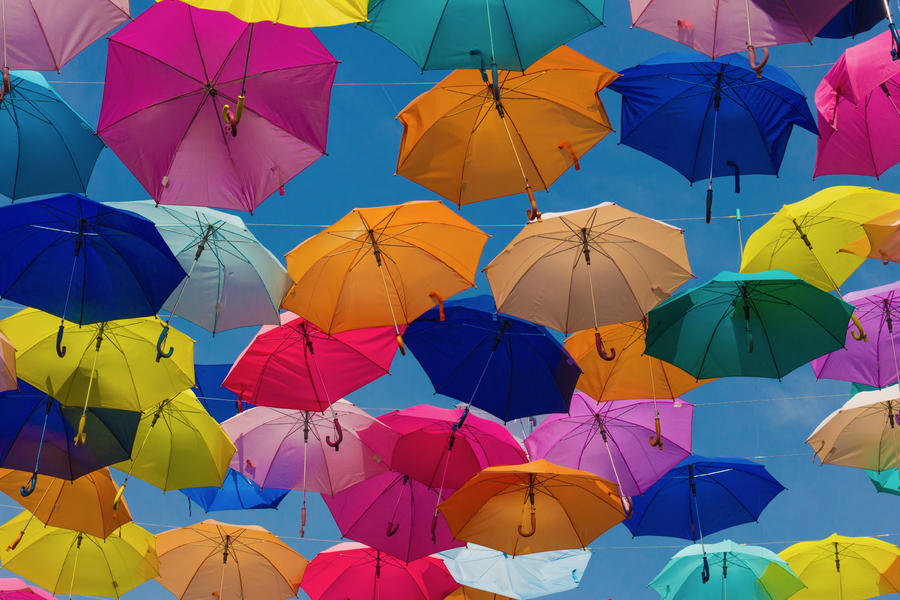 The term 'Insurtech' is self-explanatory, expressing the blending of technological solutions with insurance. By applying such technologies to various scenarios, insurance companies boost service quality and expand their product portfolios. In a broader sense, Insurtech is an innovative technology cluster consisting of new digital tools developed to optimize the performance of insurance companies and to deliver a better customer experience. A strong point of Insurtech to date has been strengthening companies' underwriting abilities by incorporating artificial intelligence-based risk assessment. This boosts revenue by allowing them to move into adjacent niche markets.

The emergence of new technologies has installed new dynamics in insurance products while also adding more complexities. When traditional insurance companies and Internet giants are drawn to share a piece of the market, the competition is likely to intensify in the short term.

The Chinese insurance market has grown rapidly over the past decade, and so has the Insurtech segment. The tremendous development that Insurtech has experienced was mainly driven by changes in customers' behaviors (according to EY, 59% of mainland China's life insurance consumers' preference for interactions and relationships with insurers skews strongly toward digital), technology advancements (big data, IoT, block chain, Cloud computing, etc.) and more supportive policies. Several internet giants in China have entered the market as distributors by utilizing their large volumes of traffic, while the traditional risk carriers – or to say, insurance incumbents, have also made scaled investments in technology solutions. Other technology enablers, such as start-ups focused on specific pain points in insurance operations, have accounted for a part of the whole market as well. AntSure (as it is named in the English version of Alipay), a one-stop platform for servicing insurance needs, is designed to assist insurance company partners to provide a wide range of innovative, customized and easy-to-obtain products. Up to H1 2020, the Alipay-owned insurance platform had closely cooperated with over 90 Chinese partner insurance institutions, offering over 2,000 products, covering areas from life insurance, health insurance to property insurance and other customized products.

The company's revenue mainly comes from the technical service fees paid by the partners based on the premiums and apportioned amounts promoted by Ant Insurance Agency. According to the prospectus for the Hong Kong IPO, the insurance premiums enabled through Ant Group's platform – as well as contributions by Xianghubao (i.e. an online healthcare mutual aid program launched in October 2018, which aims to provide mutual protection with no upfront payment or admission fees required) participants – reached CNY 52 billion for the 12 months ending June 30, 2020, and the total number of customers served reached 570 million. 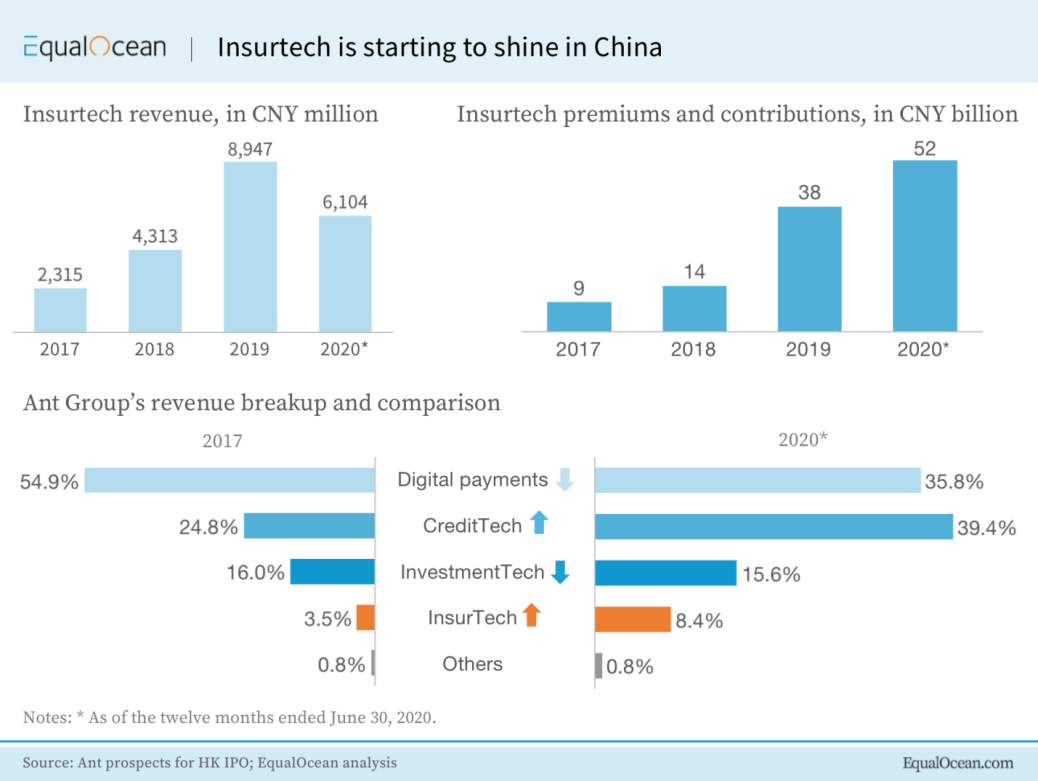 The biggest advantage of the in-house agency platform is the huge traffic acquired through Ant Group's products. The huge user base accumulated in the early stage of superapp Alipay and Alibaba-based e-commerce have laid a solid foundation for the rapid expansion of Ant Insurance Agency, making it the largest online insurance services platform in China, according to the prospectus.

Tencent has also sped up its venture into the insurance industry. In 2016, Tencent invested in Waterdrop Inc, which turned out to be China's first Insurtech stock (WDH:NYSE), as one of the angel investors. In 2017, Tencent also received the admission ticket, which is an insurance license for its Weimin Insurance Agency Co., Ltd or WeSure issued by CBIRC.

Launched in 2018, WeSure had attracted about 50 million clients as of November 2020. Meanwhile, the number of its registered users has exceeded 100 million. Benefiting from the powerful data networks of WeChat and Tencent's other platforms, WeSure has provided its partners with vital insurance-related technologies, including anti-fraud, risk identification and precision marketing. Users can make insurance purchases, inquiries and claims directly on the firm's vastly popular instant messaging and lifestyle platforms, WeChat and QQ.

WeSure has its own edge competing with AntSure. AntSure focused on 'insurance supermarkets' and relied upon cost-effective products based on natural flow conversion from its ecosystem. On the other hand, the focal points of WeSure are its selective customized products and real-life consulting services, which can provide enhanced one-on-one services to help customers with insurance configuration, claims assistance and more. Besides, WeSure has always taken the initiative to partner with foreign insurers, such as AXA and MetLife, to further expand the scope it can reach. In the early stages of COVID-19, WeSure and AXA launched an insurance plan which protected more than 100,000 front-line medical service staff, and the total insured amount of people through WeSure is over 15 million since the outbreak.

In addition, WeSure has actively explored charitable opportunities through the use of online insurance; for instance, WeSure established the 'WeSure Charity Fund' to enhance the effectiveness of insurance as a social stabilizer through leveraging the Internet and insurance to increase participation in philanthropy.

CONTACT US
Scan QR code to contact us for professional consulting services
Next article
DiDi: Charged by Regulators, Chinese Uber Stumbles after Launching Its IPO