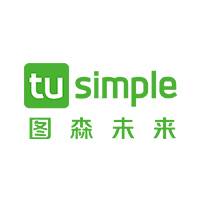 Chinese leading self-driving truck company TuSimple announced today that it completed an extended round of funding on top of the Series D, raising USD 120 million. The company has nabbed in total financing of USD 215 million from the extended Series D financing since February.

TuSimple is a global autonomous driving truck company based in San Diego and operating self-driving trucks out of Tucson, Arizona. Founded in 2015, the company is developing a commercial-ready Level 4 fully autonomous driving solutions for the logistics industry. TuSimple’s trucks are the first and only capable of self-driving from depot to depot and do so every day for its customers.

The extended Series D was led by Sina, a Chinese online media company, with participation of UPS, CDH Investments and tier 1 automotive parts manufacturer Mando Corporation. According to IT juzi, the Series D+ accounts for a 10% company stake. Early on February 13, Sina infused USD 95 million to the self-driving truck company, starting Series D funding of TuSimple. A month ago, American logistics giant UPS announced its investment in TuSimple but neither company disclosed funding amount at that time.

Prior to the funding, existing shareholders include Sina, NVIDIA, ZP Capital and Fuhe Capital. So far, the private-held company has raised in total of USD 298 million from six institutional investors, boosting its valuation to USD 1.2 billion.

Proceeds from the Series D+ will be used to expand driverless freight truck services and deepen collaborations with vehicle manufacturers and tier 1 suppliers, according to the people who know this matter.

“Although autonomous driving is not a new concept at the moment, it is a disruptive technology for logistics scenarios with chip development and lower hardware costs,” CDH Investment’s partner Ying Wei (应伟) said when talking about underlying investment rationale.

New investor Mando Corporation is a Korean tier car parts supplier who has partnerships with many global OEMs such as GM, Nissan and Hyundai. Its chief financial officer Jae Chung said TuSipmple’s advanced autonomous driving technology and strong market potentials are key factors for Mando to invest in the self-driving truck company.

According American Trucking Association, there is a gap of 63 thousand truck drivers in American logistics industry, and the number is estimated to be 176 thousand in 2026. With aging of population and fast industry development, there will be deficient truck drivers in a few years.

In the meantime, driverless trucks also have tremendous room in labor intensive country like China, Due to heavy labor intensity, truck drivers tend to be weary in body easily, which is highly dangerous on road. TuSimple expects that autonomous driving technology can effectively enhance safety level while reduces around 30% delivery costs.

TuSimple was licensed to conduct road test on American highway in June 2017. It is now serving 18 clients in the U.S. and cooperating with UPS on commercial shipment services in Arizona.

There are 3.7 million truck in the U.S. nowadays. The company’s founder and chief executive officer Chen Mo said the company aimed to achieve 10% market penetration rate 10 years after its founding, with around 300 thousand driverless trucks under management.