This is going to be Tencent's next bet on China's Industry Internet opportunities. 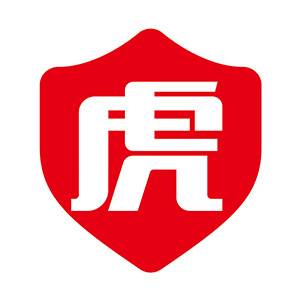 Tuhu, a Chinese online platform for automobile services and products, is getting closer to close a near USD 300 million funding round led by Tencent, which is trying to grab a slice of the booming auto aftermarket in China, people familiar with the matter said.

Joy Capital also participated in the round, the sources added. Tuhu announced a USD 450 million Series E round of funding, led by Tencent and followed by a series of high-profile investors including CICC, Sequoia and Goldman Sachs last September. The post-investment valuation remains unclear. Given the money raised this time, the company is raising a down round.

Tuhu allows car owners to directly purchase auto parts online and have them installed in the designated offline service shops. It established a matchmaking portal for end customers and proved its success as a B2C platform valued at CNY 7.7 billion (USD 107 million).

Companies like Tuhu that connect end-customers and auto repair workshops using the Internet have seen a surge in investments. Carzone, for instance, has formed a new Joint Venture (JV) New Carzone, in cooperation with Alibaba and Qiche Chaoren – another auto supply chain operator in China. Alibaba holds 46.97% of shares in the JV. New Carzone, focusing on providing wear-and-tear auto parts, had 800 offline service centers in China as of April 2019. The auto parts supply chain has become a heated battlefield between the two Internet giants Alibaba and Tencent.

EqualOcean reported on B2B auto parts marketplace Casstime’s investment event  last month. Tuhu differentiates itself from other competitors by operating in a B2C model, penetrating into the end-customer market and changing the value chain vertically.

Tencent has bet heavily on the market. In July, it invested in Chinese microlending and auto supply chain finance company LinkFin. In August, Chinese car-selling marketplace Autostreets got strategic investment from Tencent and e-commerce firm JD.com.

Slumping car sales and the long road of R&D on L4 autonomous driving have pushed China's investors covering the industry to turn to a new reality called the Industry Internet (read more about it in the latest EqualOcean report -- download). The emergence of auto finance, leasing, used car-selling, as well as the growth of aftermarket sectors, are clear signs.