Can Ali Cloud Win When Competing with AWS and Azure? Can Ali Cloud Win When Competing with AWS and Azure?

Comparing Ali Cloud with Amazon AWS in terms of revenue scale, there is a huge gap between these two cloud computing service providers.

Comparing Ali Cloud with Amazon AWS in terms of revenue scale, there is a huge gap between these two cloud computing service providers. In 2018, the gross revenue of AWS was CNY 170 billion, while that of Ali Cloud was CNY 21.4 billion. Making use of the large market of China, Ali Cloud increased rapidly in recent years, but there’s still a great distance between Ali Cloud and Amazon AWS, Microsoft Azure and Google Cloud. Meanwhile, Ali Cloud has to compete with Tencent Cloud, Huawei Cloud, and Baidu Cloud, which are catching up with Ali. It is expected that in 2019, the competition in cloud computing would be fiercer.

AWS of Amazon is the largest cloud computing company in the world. Founded in 1995, AWS grew rapidly and stable. By 2018, the valuation of AWS exceeded USD 1 trillion. Amazon group, with its cloud service and AI technology, as well as the traditional E-commerce business, became the most valuable company currently.   In 2018, AWS generated revenue of USD 25.4 billion, and its gross profit was USD 7.3 billion, which occupied 62.5% of the total profit of the Amazon group, USD 11.7 billion. It is worth mentioning that in 2018, the YOY growth rate of the revenue of AWS was 47%, and it was expected that by 2022, the revenue scale of AWS would exceed USD 100 billion.

On the other hand, Microsoft also pays a lot of attention to cloud + AI industry and challenges the AWS’s market position. Currently, Azure of Microsoft is the strongest competitor of AWS. In 2018, the revenue of Azure was USD 13.5 billion, and the gap between AWS and Azure is shrinking. With the cloud + AI strategy, Microsoft was favored by Wall Street and its valuation kept increasing. Recently, Microsoft ranked 1st in terms of valuation with USD 927.9 billion.

Google cloud is another large cloud computing magnate with 8.5% of the global market share and USD 6.8 billion in revenue in 2018. Although comparing with AWS and Azure, Google cloud is relatively small, but Google will invest USD 10 billion on its cloud computing business in the future, in order to fight for more market share.  The cloud service would be the most significant infrastructure for the 5G, IoT and AI technology, the industries where the greatest opportunities located in. Ali Cloud, the Chinese largest cloud computing company, ranks 4th place in the global market.

Alibaba is the earliest Internet magnate that enter to the cloud service industry. During the past years, Ali cloud makes use of cloud service+ AIoT strategy to occupy the market shares. In 2018, Ali Cloud had a YOY growth rate of 91.2%, with revenue of CNY 21.4 billion. Currently, Ali Cloud occupies 43% of the Chinese cloud computing market. In the next decade, Ali cloud would focus on the new retail industry, new finance industry, and digital government, and uses its cloud computing technology to provide IoT and AI service. As the first cloud computing company which revenue exceeded CNY 20 billion, Ali cloud has the scale effect that owns a stronger bargaining power. In this way, the current valuation of Ali cloud was increased to USD 67 billion. 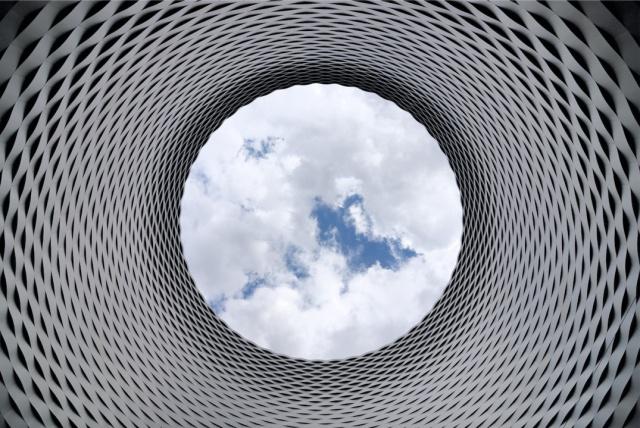 In 2018, the global market size of the cloud computing industry was USD 80 billion, while AWS and Azure occupied almost half of it. Although Ali cloud has a relatively smaller market share when compared with them, during the 5 years, the revenue of Ali cloud increased almost 20 times, which shows the potential of this Chinese cloud company. However, with Tencent and Baidu’s strengthening of their cloud business, whether Ali cloud could keep increasing with such a high rate is still unknown.