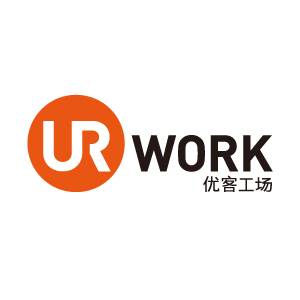 Ucommune, founded in April, 2015 and headquartered in Beijing, is a joint office space operator. Established by Mao Daqing, the company has received financings from Sequoia China, Zhen Fund, Sinovation Ventures and so on. Rivals that have direct and indirect competition with Ucommune globally include Wework, Regus, Kr space, etc.

Ucommune, founded in April, 2015 and headquartered in Beijing, is a joint office space operator. Established by Mao Daqing, the company has received financings from Sequoia China, Zhen Fund, Sinovation Ventures and so on. Rivals that have direct and indirect competition with Ucommune globally include Wework, Regus, Kr space, etc. 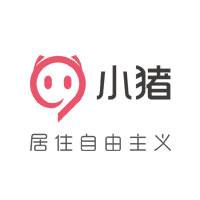 Ucommune's 45 shareholders pledged all their equity, perhaps preparing for going public in the U.S.

Ucommune is preparing to go public in the US Co-working pioneer firm WeWork was reportedly targeting a share sale of about USD 3.5 billion in a September U.S. initial public offering, several weeks later than its Chinese rival Ucommune is reported to raise as much as USD 200 million in a 2020 U.S. IPO. Earlier this year, the U.S. stock market witnessed the IPO of Lyft and Uber, which can be considered as “unsuccessful” if we looking at the price trends after the first day. Still, people can see bullish factor from Uber except for its bearish part, as the company represents the future of mobility and its large addressable market with food delivery and truck business the company can target. Many view WeWork in a different way - they can only think of the bearish parts. The New York-based WeWork invented a new concept of trendy workspace by renting office space to boot-strapped startups and self-employed workers. It is now valued at USD 47 billion in the primary market. The loss-making company doubled its sales to USD 1.82 billion in 2018 compared to 2017, driven by more than 43% of its revenue coming from outside of the U.S. Over the same period, its losses also more than doubled to USD 1.93 billion. “Attempts to make the business less reliant on real estate arbitrage—leasing space, redesigning it and then subleasing small parcels to workers—is coming more slowly than anticipated,” According to Bloomberg’s tech reporter Brad Stone. Building its realm on the economic optimism can be dangerous, the writer said. From that logic, there is a negative signal for Ucommune: China's second-quarter GDP growth of 6.2% came in lower than the first-quarter GDP growth of 6.4% and was the slowest in almost 30 years. Ucommune operates a much small business than WeWork. It posted annual contracts valued at CNY 150 million (USD 21.82 million) as of December 26, 2018, and expected to triple its revenue last year compared with 2017. The company sets to provide 200,000 office spots in 350 workplace communities for 40 cities globally as of 2021. WeWork marched into China in 2016. Its Chinese rivals are either backed by local real estate giants (Ucommune) or born from a real estate group (SOHO 3Q). Operating in an asset-heavy model, these shared-workplace companies are recognized as second-landlords. “They rely heavily on VC investors, ” one founder in the industry claimed during an interview with China Entrepreneur. Utility bills and rents made up to 60% of the total costs, said the founder. He sold his company to another player in 2018 when the industry and sector convergence becomes a major theme.

Ucommune's large-scale expansion may stop at the listing