Codemao to Have a COO from New Oriental Codemao to Have a COO from New Oriental

To be a cautious expander, Codemao has recruited an operating talent from Chinese education giant New Oriental. 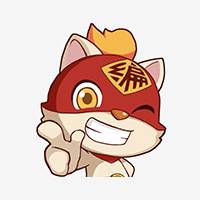 Kuxueduona is an English education brand targeting children from two to twelve years old. It is founded in February 2012 and possesses a series of products ranging from English learning applications to English reading materials.

Li Tianchi (李天驰), CEO of Codemao, said, “Chen Wanqing is an important complement to our team. She will bring us the operating experience from New Oriental, optimize our operating activities and thus raise the profit rate.”

Actually, two months ago, there was news that Chen had resigned her post in New Oriental, where she was the general manager of the department of online education for children.

Chen has more than ten years’ experience in the education of children. Apart from New Oriental, she had also worked in Tsinghua University Press, Babytree (宝宝树) and an English education company named Qooqo English China, according to Sina Education.

Previously, Codemao has launched the “M+” strategy, which means “CodeMao + other industries”. The company will cooperate with media, architects, ed-tech companies, teachers and educators. Besides, the programming education company plans to open 1000 offline branches in 100 cities in China within three years.

Undoubtedly, Chen Wanqing’ s role is crucial for the company’s new strategy. As Li Tianchi revealed, the total revenue of Codemao was around CNY 61 million (USD 8.8 million) in June and that the operating cash flow of the company had turned positive in March. How to maintain or to improve profitability during future expansion will be the main concern of the company.