With STEAM taking over K12 as the leader in terms of attracting investment, it seemed important to dive into the sector which has almost been immune to the capital winter.

STEAM education includes five major elements: Science, Technology, Engineering, Art and Mathematics. Here we have an interdisciplinary education concept – specifically, STEAM starts with encouraging students to learn five types of knowledge, emphasizing that students should complete practical projects that are more relevant to their lives, so as to use, understand and further learn a diverse knowledge set during the course of the project. China has made many explorations in the process of reforming its exam-oriented education in primary and secondary schools/institutions. In the early stages, the main focus on reform centered on “quality education.” In September 2015, the Ministry of Education issued the “Guidelines on Comprehensive and in-depth Promotion of STEAM Education.” This plan proposed to explore new education modes such as STEAM education and maker education so that students would have a strong sense of information and innovation.

On the one hand, continued policy support has led to a continued increase in awareness of STEAM education in primary and secondary schools. At the same time, the reform of the test-oriented education system is also intensifying, and some provinces and cities have incorporated it into teaching practice. For example, the Beijing Municipal Education Commission uses no less than 10% of the class hours of science subjects for open scientific practice activities to encourage and guide students out of the classroom.

Talking about the market, the middle class is expanding, the parent structure is getting younger; with its popularity increasing people are starting to understand the importance of STEAM education. On the one hand, with the expansion of the middle class, parents are willing and able to invest in education. On the other hand, the number of post-80s and post-90s parents is increasing, and the parent structure of the whole society has become younger. These parents pay more attention to the development of their children's communication skills and hands-on ability. The concept of traditional exam-oriented education centered on pure academic performance has been impacted by the increasing promotion of quality education. The concept of STEAM education has begun to gain popular support, prompting parents to increase investment in STEAM education products. Meanwhile, the penetration rate of the entire STEAM education training industry has begun to speed up. Investment and financing remain highly popular. In fact, in 2019 STEAM surpassed K12 and became the most popular education sector of the industry for investors. Compared with a 75% drop in K12 and a 70% drop in preschool education, STEAM remained relatively stable with a 25% drop.

It can be seen that, despite the calmness of the industry, the STEAM education track has been least affected by the market, and there is huge potential in the future. It is worth noting that, in recent years, more and more products have used robots, 3D printing and other technologies to allow children to cultivate logical thinking and hands-on skills in gamified learning experiences.

The composition of the STEAM education industry chain includes three links: equipment suppliers, course providers and users. Upstream of the industrial chain is the equipment suppliers that mainly provide teaching equipment required for STEAM teaching, including robots, toys and 3D printers. Then come the course providers, that is, various training service organizations, mainly through the independent research and development or introduction of related STEAM education courses. Finally, we find mainly the customer audience of STEAM education, including B-end customers, such as schools and related educational support institutions and C-end customers, covering all types of students from K12 to university.

China's education industry has been highly valued for its significant policies, consumers and capital, and both feared and admired for its expansion phase in terms of industrial-scale and market activity. According to an estimation by Deloitte in August 2018, China's education market will reach CNY 2.68 trillion by the end of 2018 with training organizations, K12 & STEAM education and private kindergartens being the three biggest segments.

Last year, in May, EqualOcean compiled a list of the top 30 STEAM education companies in China. We believe that these enterprises represent the STEAM education status quo of the country. Looking back at 2019, the number of investment events in the education industry did decrease in the context of the capital winter affecting other markets. From the perspective of financing rounds, the decline in financing in the early stages was the steepest, and the number of rounds of financing in the middle and late stages was less affected. STEAM received attention, while traditional K12 education saw a downtrend. Also as the country continues to promote the development of quality educational content in the field of science and art, the market for expanding content education after class is on a roll, something which may continue in 2020. 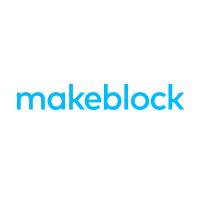