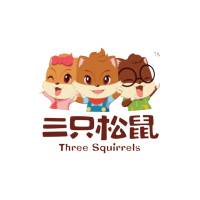 Three Squirrels Inc. (三只松鼠), a food distributor that sells nuts on Alibaba used only 9 min and 26 sec to achieve a GMV of RMB 100 million and was the first snack brand to achieve this. Among all 30 brands that achieved RMB 100 million GMV within half an hour, Three Squirrels was quite a highlight, because that most of other brands sold products with much higher unit price like mobile phones, household supplies, etc.

Up to 24:00 the same day, Three Squirrels announced to achieve the omnichannel daily sales (should be GMV as well) of USD 98.3 million (RMB 682 million), with a year-on-year increase of 30.51%, refreshed the record creative by itself, once again.

However, the so-called omnichannel GMV was actually mostly contributed by Tmall and Taobao. And we can figure out that the growth rate of Three Squirrels’ online revenue on Double 11 day had already slowed down, which also could be perceived as the signal of deceleration of China’s online shopping GMV growth.

As one the most successful early players of “Tao Brand”, later renamed as “Tmall Original”, which refers to new brands established and developed on Tmall platform, Three Squirrels is tremendously benefited from Alibaba, while being also limited on the other hand.

To establish its own off-line channel will be the chance as well as the challenge for Three Squirrels, and the company had already begun to try.