Tencent-backed VoxelCloud will release its latest funding round on Dec 18, in accordance with the 2018 VB100 Ranking Announcement Tencent-backed VoxelCloud will release its latest funding round on Dec 18, in accordance with the 2018 VB100 Ranking Announcement

When it comes to medical resource structure, patients from a different country have different conduct model. Clinical workflow and diagnosis preference can be varied as well. 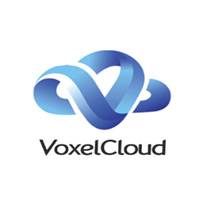 Dec 18, the 2018 Future Medicine 100 Forum, held by VC Beat Net and co-hosted by famous institutions comprising Legend Capital, Baidu Ventures and KPMG China, the 2018 VB100 Ranking will be released. VoxelCloud, as one of the Forum's invitees, is going to announce its new funding at the day, according to its official WeChat website.

Founded in 2016, the three-year-old company has already raised almost USD 28.5 million(CNY 196 million). VoxelCloud raised USD 8 million in series A financing led by Sequoia Capital in May 2017, on top of the USD 5.5 million in Angel round led by New Margin in September 2016. Oct 2017, the company closed USD 15 million in series A+ round led by Tencent, a Chinese internet giant which has been investing heavily in medical AI space.

VoxelCloud will debut its new product as well that day, a deep learning analysis system based on imaging but more than imaging.

The company do not foresee AI systems to be a replacement for practitioners but will be their reliable aid. In many cases, the ability of AI system in medicine can be limited to a narrow scope, for a doctor's consideration based on all contexts of patients' situation is essential, according to DING Xiaowei（丁晓伟）in an interview with Med Gadget.

To enhance the performance of the AI system, a large amount of high-quality medical data is needed. It can be a hurdle but also a chance for startups. Anyone who overcomes and utilizes this challenge could be the next star, the failed one, however, will end up as a shooting star.

IBM researchers are estimating that medical images make up more than 90% of all existing medical data available today, a number that is likely to grow based on the above estimates, according to Nanalyze.

Reported by Nanalyze, VoxelCloud's data sources come from over 100 top hospitals and institutes in the US and China which give them exclusive access to over 16 million patients cases (data dated Aug 2017).

In America, VoxelCloud's CT Image Analysis product line has obtained FDA and CE approval for clinical uses. The company also focus on the Chinese market as they have submitted CFDA applications for 5 products including retina screening, coronary CT analysis, lung cancer screening, three of which are expected to get approval by 2017.

However, doing business in America and China can be so different. VoxelCloud designs their products based on Chinese medical needs and coordinates them in accordance with situations in the American market to popularize them in the country better, according to 36Kr.

When it comes to medical resource structure, patients from a different country have different conduct model. Chinese patients usually go to a public hospital to make an appointment, known as guahao (挂号) while American prefer to tend to their personal doctors at first when they feel sick.

Clinical workflow and diagnosis preference can be varied as well. As for pulmonary embolism, an enhanced pulmonary CT will be conducted in America after all the other factors being excluded, however, biochemical testing is often used in China, which indicates that Pulmonary embolism CT testing has less market in China than America. VoxelCloud must propaganda their products using distinct strategy respectively in the two countries.

With the reputation of well-established business healthcare insurance system, insurance companies in America are motivated to keeping insurers from critical illness and stay healthy to avoid large payments. It is conducive for the booming of disease screening and management market before diseases actually happen in America. While in China, it's a totally different story.

VoxelCloud has three R&D centers in America right now with a 40-researchers team for fierce competition for talents is happening in China resulted from continuous AI heat. Last year, the company had 25 people in the team, 20 of them are researchers.