As a 4-year-old company, 12Sigma's global expansion is under preparation. Startup spirit drives the company to grow and march in AI medical image reading markets like North America, Europe, and the Asia Pacific region. 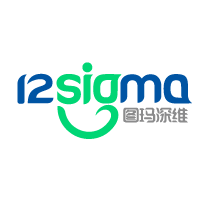 As mentioned in Talk with 12Sigma I, 12Sigma is actively developing overseas market. 12Sigma enters the fourth year and expects to close a series C financing in the first half of 2019.

Implied by 12Sigma CEO ZHONG Xin (钟昕), though the expression of capital winter repeatedly appears on mass media, the capital market is capable to support several AI medical image reading companies to the next stage of financing series. Besides the traditional venture capital organizations, listed companies are becoming more active in the investment area. As MSCI increased China’s A Share’s weight, China’s stock market performed considerably optimistic. Along with the positive signal in the stock exchange market, listed companies’ increasing investment behaviors are not difficult to explain.

Besides, China A Share’s performance also affected the pre-IPO market. 12Sigma as a company in its fourth year does not exclude the Science Technology and Innovation Board (STIB) for its IPO option, according to its CEO. 12Sigma’s latest financing round was in late 2017, which was led by SoftBank China and followed by Zhen Fund (真格基金), CD Capital (辰德资本), and Delian Capital (德联资本). From the investment history, 12Sigma received foreign capital and plus the background of its founding team, 12Sigma might have considered being listed outside of China in the first place. STIB, which is said China’s Nasdaq stock exchange market, is now a preferred option for 12Sigma to consider.

STIB was proposed in November 2018 and will soon be officially launched on March 18th, 2019. As mentioned by Zhong Xin, 12Sigma has Chinese investment-bank-background investor and hence the team is discussing the potentiality of being listed on STIB with investors. STIB’s regulation differs from China current stock exchanges since it has fewer restrictions on the stock price boundary. The openness of STIB attracts China’s technological startups and internet companies and EquanOcean has reported STIB features with more details.

STIB allows companies to go public with no restriction on net income, which is the requirement for companies for going public on other share boards in China. 12Sigma is expecting a revenue ranging from CNY 100 million to CNY 150 million, which is 10 times the revenue generated in 2018. Addressed by Zhong Xin, 12Sigma can reach the breakeven point if revenue meets CNY 100 million in 2019.

The team of 12Sigma has around 150 employees by March 2019 and approximately 55% of the team are developers and engineers, while approximately 20% are in marketing and sales and 25% for post-sale customer service. The composition of 12Sigma’s team conforms to similar companies like Infervision (推想科技). Approximately 50% of Infervision employees are developers and engineers. In 2019, 12 Sigma looks forward to recruiting 50 more employees and resulting in a team size of 200.

Due to Zhong Xin’s career background, though graduated from Tsinghua University and University of Michigan with a strong academic background and a solid understanding of biological engineering and electric engineering, Zhong Xin’s experience in Qualcomm, Morgan Stanley, Goldman Sachs, and Merrill Lynch has prepared him to well-handle the pressure from founding a startup.

“We are exploring the best way to build our own culture and the fittest organizational structure along with company’s growth”, said by Zhong Xin, “I appreciate the climate of Alibaba and Meituan accounting to their ‘wolf culture’ (hard-charging corporate spirit), which is a must-have for all startups to thrive and prosper".

The images presented by Wall Street elites and technology companies’ developers and engineers share few in common. Wall Street image conveys a sense of standard business elite who works under high pressure and on a fast pace; technology companies image displays a more relaxing atmosphere, especially for companies in Bay area like Google, Amazon, etc. The difference between these two groups comes from the nature of works.

Developers and engineers who work on algorithms are like artists and scientists, in which the works or research results could not have a specific deadline, and no shortcuts can be made. Because of the career experience, Zhong Xin himself managed to balance these two different cultures – 12Sigma’s algorithm developers and engineers need a peaceful environment to do their works while the product team and marketing and sales departments must push themselves to tackle goals.

Besides the difference in job contents, the regional difference is another task for the company. 12Sigma has offices in San Diego, Beijing, and Suzhou. As San Diego and Beijing are metropolitan cities with globalization signatures, Suzhou seems to be less connected to the globe and more conservative in a cultural speaking. The local culture will correspondently impact on local teams and hence the difference emerged and influenced the corporate management at some degree. The difference is acceptable while it does not damage the bond among teams or violate disciplines or rules. Coherence is the core to connect teams and drives the company to step forward and grow.

The competitions among AI medical image reading companies are getting intensive while top-tier companies are growing into similar sizes and tantamount competency. 12Sigma CEO Zhong Xin told that 12Sigma has acquired 18 patents in total. Among 18 patents, 10 are international patents so that 12Sigma can stretch its business to other continents with better intellectual protections. By far, 12Sigma is aiming at European market on account of the blank in AI medical image reading. It is commonly known that Europe has the strictest data security laws in the world and technology companies have been fined millions and even billions in every year. Healthcare data, one of the most sensitive citizen data, is not easy to be acquired. For newly-emerged technology companies that relied on big data, Europe is not a wonderland to practice business.

12Sigma’s products are under review to obtain CE marking and the U.S. FDA’s approval. The company expects to receive both qualifications before July 2019 and expand the business to both areas. In Europe, due to the strict regulation on data use, it is most likely for 12Sigma to negotiate with hospitals one by one; in the U.S., clients might not be limited to hospitals but with teleradiology companies such as vRad, NexxRad, Vision, etc. As estimated by Zhong Xin, the international revenue might take approximately 30%-40% of total annual revenue in around three years.

The global medical imaging market size was valued at USD 33.7 billion in 2016 according to Grand View Research, and North America contributed over 30% of the revenue. North America, Europe, and the Asia Pacific dominated the market for taking approximately 90% of the market value in 2016. Where there is the medical imaging market with dense data, then there is the chance for AI medical image reading to root. And yes, 12Sigma's target markets land at these regions.