By Yusuf I. Tuna Apr. 21, 2019
Credit to Alina Grubnyak from Splash
Associated Company 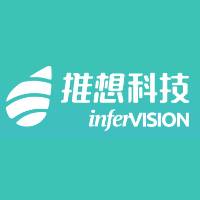 A stroke occurs when the blood supply to the brain is interrupted or reduced by some reasons. Within minutes, brain cells begin to die, and within hours some parts of the brain may be disabled; thus some significant parts of the body may be disabled permanently or temporarily. In a matter of days, the survival rate is as low as 50%.

Worldwide, stroke leads to the death of around 6 million people every year, and it is attributed to the second leading cause of death and the third leading cause of disability. As the overall economic development level decreases, it kills more people. China is the country where one can see the most stroke originated death; it killed more than 2 million people in China in 2016. By comparison, stroke killed more than 140,000 Americans last year.

Computed tomography (CT) is the ultimate method to diagnose the stroke. It can save the precious hours in diagnosing the stroke and progressing the right treatment to it. In stroke treatment and alleviation, every minute is vital. However, only around 61% of the emergency medical service (EMS) providers accurately detects stroke timely. The fail rate is attributed to the general education level of the doctors and technical deficiencies.

Infervision’s (图像科技) “InferRead CT Stroke” software locates the bleeding area on a medical image, measures the bleeding volume thus assisting the doctor for faster and more accurate diagnosis of stroke. Globally, Infervision is not the only company who provides such software. For instance, a product called NuroView detects stroke with as high as 89% accuracy in the USA. However, Infervision is the most significant company in China in dealing with the issue. As of now, Infervision has around 300 cooperative hospitals using its products and software dealing with the Stroke diagnosis.

CHEN Kuan (陈宽), founder and the CEO of Infervision, dropped out of his PhD program after he realized the opportunity of integrating AI to the healthcare industry in 2015. His company has attracted around CNY 500 million fundings so far from the prestigious investors, such as Sequoia.

With a strong market capacity and proper products, together with a well-working managing team, Infervision confidently looks ahead; to the days when China has more than a hundred million people over 80 years old. Then, we all will witness Chen’s grand vision.