Tusimple is displaying a Navistar International LT semi-truck at CES 2019 in Las Vegas from January 8-11, 2019. 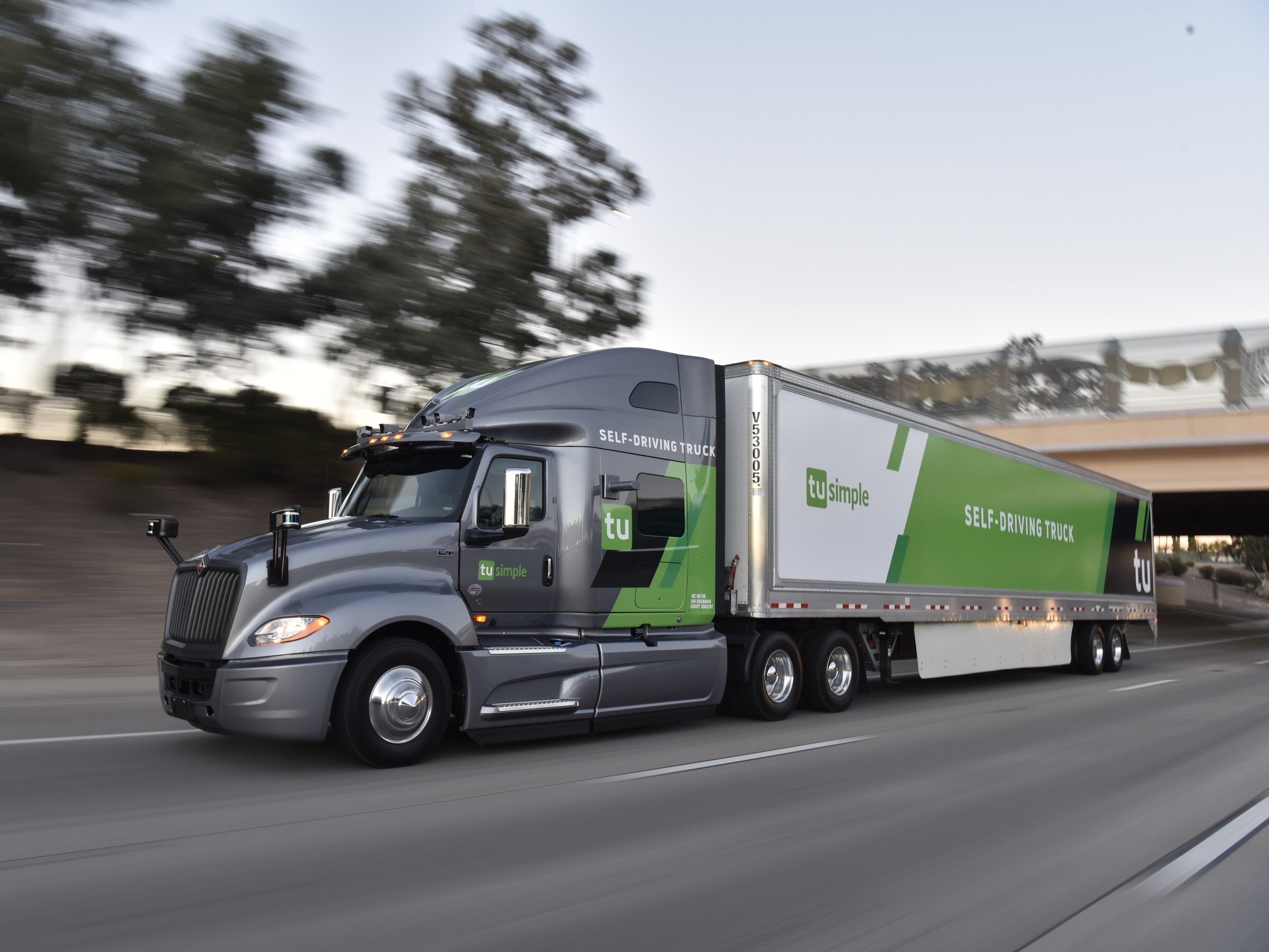 Jan 8,2019/EqualOcean/- TuSimple (图森未来), a China-based autonomous driving company with an R&D facility in San Diego, announced that the company will have 40 trucks in fully-autonomous operation by June in U.S., from 11 nowadays. TuSimple is displaying a Navistar International LT semi-truck at CES (Consumer Electronics Show) 2019 in Las Vegas from January 8-11, 2019.

TuSimple made headway into commercial operation, running daily fully-autonomous commercial routes from depot-to-depot, which requires both highway and local street driving. The strategy makes it more complicated for local street driving is less straight-forward than high way driving, a circumstance approximate to certain circumstances under Level 4 (SAE) that means the vehicle takes over all of the driving in certain conditions.

TuSimple is now running up three to five commercial trips a day on three different routes in Arizona, serving 12 contracted clients. An additional route from Arizona to Texas will come online in early 2019.

The main difference between approaches TuSimple and other autonomous driving company using is that TuSimple’s solutions are camera-centric perceptions. Much of companies are focusing on Lidar, which works well in all light conditions but is extremely expensive and has its limitations for trucks traveling at speeds of 55 miles per hour and faster on highways.

Lidar can detect objects like cars to about 250 meters, although the optimal quality falters past 150 meters. TuSimple's self-driving trucks can see 360 degrees around for a pixel-level interpretation of the visible environment, and has a vision range of 1,000 meters(see more discussion about Lidar and Camera-based solution in this article).

The company secured a road test license from both the California Department of Motor Vehicles in June 2017 and Shanghai officials on 19 October 2018.

How did the company secure their clients? Chuck Price, chief product officer at TuSimple, claimed that they invited whoever interested in buying their products into the truck and onto the open road, rather than create a highly controlled testing environment as their competitors do, according to Business Insider. “We take them out in the worst traffic we can find and the worst conditions we can find”, said Price.