For the past year, Netease has successfully proved that it could find another turning point thanks to its E-commerce arm, Kaola.com and Netease Yeation (also known as Yanxuan). 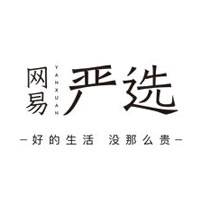 More than half of the net revenue was generated by online game services in 2018 Q4, which grew 37.7% over the last year. E-commerce division caught our eyes with its fast-growing rate since the company started publishing the detailed data in the same period last year.

Netease is well-known for its gaming service, however, which is under uncertainties like policies and regulations. For the past year, Netease has successfully proved that it can find another turning point thanks to its E-commerce arm, Kaola.com (网易考拉) and Netease Yeation (网易严选, also known as Yanxuan).

Launched in late 2016, the online shopping platform Netease Yeation has a similar concept as Muji where you can find good quality, day-to-day items. The platform released its first offline store in 2018 and the second this year cooperated with Watsons (see more in this article).

It is estimated that revenues of Netease Yeation should be CNY 10 billion (USD 150 million) in the 2018, according to its share in the E-commerce division, but it missed CNY 20 billion GMV (Gross Merchandise Volume) target set by Netease founder DING Lei (丁磊).

Netease Yeation was rumored to cut 30% of employees, from 1,400 to 900 while the PR head claimed it was false and the company never stopped recruiting, reported by Caijing.