Yunji, together with Pinduoduo, are two start-up companies that go to public in a very short period of time and also sell the concept of e-commerce through social-network. 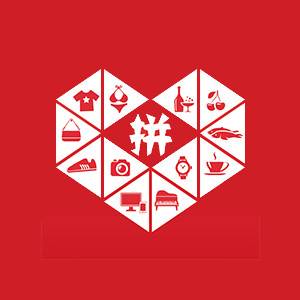 On May 3, 2019, Chinese e-commerce start-up company Yunji (云集) officially listed on Nasdaq under the symbol YJ, as it seeks growth in the country's increasingly saturated e-commerce market.

The issue price is USD 11, and 11 million shares are issued to the public. Morgan Stanley, Credit Suisse, J.P. Morgan, and CICC act as underwriters. The money raised, according to Yunji, will be applied to the company’s business operation, basic technology infrastructure construction and service improvement.

The market opened at USD 13.40, then fell slightly to USD 18.20 and eventually closed at USD14.15. Based on the closing price, the total market value reached USD 3,087 million. According to the announced shareholding structure of the company, the founder XIAO Shanglve (肖尚略) holds 46.4% of the company shares as the largest shareholder, his personal value reaches USD 14.32 billion at the closing price.

The day of Yunji's listing coincides with its establishment for four years. According to the official website, Yunji is a socially-driven boutique member e-commerce provider that provides products such as beauty care, digital products, maternal and toys, and fresh groceries. With more than 45 million regular users and 7 million paid members, the single-day sales amounted to more than CNY 870 million.

Yunji, together with Pinduoduo (拼多多), are two start-up companies that go to public in a very short period of time and also sell the concept of e-commerce through social-network, which attract lots of comparisons between those two, and controversial. Pinduoduo’s main problem is the conundrum of counterfeit goods. The platform model has limited supervision on the falsification of goods. Yunji on the other hand, adopts the self-operated model, though effectively avoiding the phenomenon of counterfeit goods, but the membership mechanism is accused of pyramid scheme in its aggressive expansion.

In 2017, Yunjin was fined for an equivalent value of a USD 1.4 million for violating pyramid scheme laws by regulators. From this moment on, Yunji no longer claims to be a social e-commerce platform, but socially-driven membership e-commerce, which is the main concept of its listing. The company has since adjusted its business to comply with regulations, according to its prospectus. However, still has the regulatory risk in the future for its fuzzy mode of expanding.

Despite the promising numbers, the business model underlying is not similar to Costco, the target company set as Yunji’s midterm goal. The profit of Costco mainly comes from membership income, Yunji however, carefully building this pyramid-like membership, is not gaining enough support from members at this moment. Whether it' will become a membership company like Costco, Amazon, or a socially-driven company akin to Pinduoduo, or Xiaohongshu, its business model still needs time to be tested.