Now that off the emperor’s new clothes have been revealed, assessments can be made. Did the aggressive ‘cash burn’ marketing strategy actually work in Luckin’s case? 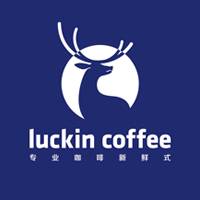 On April 2, Luckin Coffee (LK:NASDAQ) confirmed that its sales numbers were inflated by a total of CNY 2.2 billion (USD 310 million) in 2019. This number represents approximately 45% of its projected final sales.

As we will demonstrate in this article, the fact that the company failed to make decent growth in terms of average cups sold per day and average effective selling price is coming to the surface.

In the wake of the incident, we will replay its existing financial statements to find answers for the following questions:

Part 1/2: Did the Luckin’s cash burning approach achieve its aims?

We approach this via analysis of its store-level operation figures, adjusted for misconduct.

Part 2/2: Is coffee a proper category to employ a ‘cash burning’ strategy in exchange for scale in the Chinese market?

To answer this question, we will compare the store-level operating figures of Luckin Coffee with its peers, either those doing similar business or adopting a similar marketing model.

What kind of company is Luckin Coffee?

Before we move on, we should make it clear what kind of company Luckin really is. Many regard it as a coffee chain store; however, this is more or less something on the surface.

Simply put, the underlying idea of Luckin Coffee, at least in the very beginning, was to be an ‘Internet company.’ No matter whether one thinks this term is still positive or not, it implies that the goal of Luckin was to digitalize and standardize the production and operation of the offline retail business using a technology-enhanced approach, rather than a being a traditional coffee retailer.

In other words, for Luckin, coffee was only a category that it chose to cut into the market and start its business, and combine this with the classic cash burn strategy of Chinese Internet startups to quickly acquire users and scale-up. If it succeeded in this first stage, it could then expand to cover more product categories; and finally, gain the potential to become an integrated channel for daily consumption.

However, how this business idea – which sounds attractive – really works in practice can be a very different story. Measuring its tremendous misconduct through its inflated turnover data, we can better examine whether its aggressive marketing strategy did bring the company a fruitful return in the first place.

The ‘Cash burn’ strategy – aka, pour money into heavily subsidized and aggressive expansion in exchange for users and scale – is commonly used by the new generation of Internet companies in helping them realize a beautiful growth rate, and raise more funds from the investors.

So far, some have tasted blood; the huge money they invested did bring them decent growth in terms of revenue and profitability. Meituan-Dianping (3690:HKEX), Pinduoduo (PDD:NASDAQ), and Didi are examples of this. Some have suffered, meanwhile, like Uber (UBER:NYSE), WeWork and ofo.

So how about Luckin?

Unfortunately, evidence suggests the cash burn marketing strategy of the company can hardly be respected as effective in 2019, after CNY 2.2 billion of revenue was shaved off following the revealed misconduct. Its huge offline chain store system under construction didn’t induce people to buy more.

Using the figures for the first quarter of 2019 as a benchmark, we can check the per-store level growth rate of Luckin over the next three quarters in 2019. Our results show that the average number of stores operating during the quarter (extensive growth) of Luckin Coffee increased by 38.43%, from 2,222 in 1Q 2019 to 3,076 in 4Q 2019. Its growth in average daily store-level revenue (intensive growth) was only 7.02%. The explanation for data, assumptions, and calculations are as follows:

# About the reliability of data in the first quarter of 2019: There is no evidence so far that can prove the company manipulated figures in its results for the first quarter of 2019. According to the available evidence, its financial misconduct started in the second quarter of 2019; also, its first-quarter results are reported in its prospectus, which was audited by Ernst & Young. So we consider all the operating figures in the period that can be directly taken or derived from its prospectus reliable.

# About data on the number of stores: Luckin reported the number of stores that it had by the end of each quarter in its quarterly results (2,370 for 1Q 2019, 2,963 for 2Q 2019, 3,680 for 3Q 2019). As this figure is not compromised by the misconduct, according to the company’s announcement, and as it is hard to manipulate data regarding this aspect, we adopt the data reported. As for the fourth quarter of 2019, we use the number estimated by the board during its third-quarter earnings call, which was 4,507. The average number of stores operating in a single quarter is estimated by taking the arithmetical average of the number by the end of the last quarter (Q-1) and that of the quarter in question (Q0).

The poor store-level growth in general, potentially provides us a window to glimpse some of Luckin’s situation in terms of daily operations. Meanwhile, however, it has to be mentioned that these inferences are deduced from the common logic of the retail business, but do not have solid data to support them, as we are lacking in accurate and detailed data on its former operations.

2. The demand for Luckin Coffee among Chinese consumers tends to be elastic. In other words, the average number of items sold per store waxes and wanes with the average selling price, but the two are hard to raise simultaneously.

Reliance on external growth alone is not totally unfeasible if the current items have a margin or rigid demand, but unfortunately, Luckin is not eligible for this scenario for now

If the current products of Luckin Coffee have an inelastic and considerable large demand, then theoretically it’s doable to first account on the scale and then improve the products and increase the price.

If the current products can bring margins to the company, then it is also fine to put forward extrinsic growth as the first priority.

However, up to now, the products of Luckin Coffee apparently do not lie in each of these two categories. For the first case, we have already shown the fact that Luckin’s products don’t meet the conditions. We discuss the potential reasons for it falling into this intrinsic growth dilemma in Part 2/2. Here we focus on talking about the second one.

Similarly, it also did a poor job in terms of operating profitability. The ratio was lower than -100% up to the first quarter of 2019, and raised straight up to -76% and -38% after the second quarter of 2019 – which to a large extent, was because of the misconduct in revenue and expenditures. Although coffee is considered as a category with a reasonable gross margin (about 60%, in general) and a standardized production process that can lead to good economics of scale, the not ideal average selling price and the average number of items sold per store (Luckin’s effective selling price is 1/3 of Starbucks, while its average daily item sold per store is only 60% of Starbucks) made little room to cover the costs of rentals and marketing – this problem is hard to reduce, as therein lies the soul of Luckin’s marketing model.

In the following article of this series, we will discuss the harmonization of coffee with a ‘cash burn’ aggressive expansion strategy in the Chinese market for now.