Communication has entered a new normal in China. Livestreaming is taking hold of almost every online business and urging it to join the celebration in a nationwide ‘online carnival.’

The livestream momentum kicked into gear in 2016, a year when the content economy was in the headlines everywhere. The new streaming platforms and the inundation of mobile devices and broadening web access created a rising force that was further helped by the pact between celebrities and users. The luckiest and most skillful among the new faces were able to harvest a large share of the soaring online traffic.

Young people scented the opportunity: a fast track to reputation, money, fame. They engaged in different roles – as viewers and participants, as key opinion leaders on multi-channel networks. The synergy among the viewers and content makers redefined the business concept and core tech of livestreaming in China.

As an innovative way to exchange information – from offline to online, from the static transmission to real-time broadcast – livestreaming can be leveraged and integrated into any online to-C business, leaving quite a large space for the market to explore.

Among all these combinations, some ‘livestreaming +’ business models have been tested and come out on top.

In the e-commerce arena, Taobao and Pinduoduo, as the tier-one online-shopping platforms, placed this function at a strategically chosen position in their value chain.

The short-video platform ecosystem witnessed another scrimmage in 2019. With the appearance of the MCN industry and the so-called ‘Internet-celebrity economy,’ these content providers were no longer satisfied with the advertising model – a typical monetization of platform traffic. They started to eye more KOL-anchored business models, with open access to e-commerce and virtual gifts. Pioneer Kuaishou engaged in this field as early as 2016, with Douyin (Chinese version of TikTok) and all other peers the following suit after seeing the incredible popularity of live broadcasting.

E-sports or online gaming is another segment in which the livestreaming element has been injected, with phenomenal results. The appeal of online gaming broadcasts relies on the anchor or player arousing the excitement of the audience in the live footage of the game. This scenario has planted and nurtured an entire subsection of livestreaming within the ecosystem. The growth has produced giants already. Indeed, among the livestreaming gaming platforms, Douyu and Huya together represent nearly 90% of market share.

This report provides an in-depth look at MCNs and the three ‘livestreaming +’ business models mentioned, followed by three pairs of peer comparisons. Besides the emergence of COVID-19, this year is also turning into the year of China’s livestreaming boom – with the former not unconnected to the latter. The emergence is transforming the way people understand the ever-changing online business scene and redefining the value chain from the perspective of the consumer.

► Chapter 1: What’s behind China’s livestreaming craze? MCNs are the pushing hand behind the momentum of
China’s short video platform players.

► Chapter 2: Is livestreaming a ‘gold rush’ for everyone? Livestreaming has found its way into e-commerce, online gaming and entertainment, impacting B-players and consumers.

► Chapter 3: A flash in the pan or well-grounded trailblazers? This chapter looks into six livestreaming e-businesses: Taobao and Pinduoduo, Douyin and Kuaishou, Douyu and Huya.

Download the full report by clicking the button above. 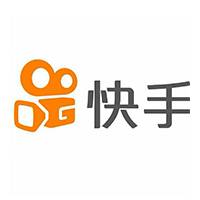