Time is Running Out For China’s Elon Musk, Li Xiang

2020 will be the year of decisive battles for CHJ Automotive and its founder LI Xiang, who was once labeled by media as one of “China’s Elon Musk”, will only have one chance. 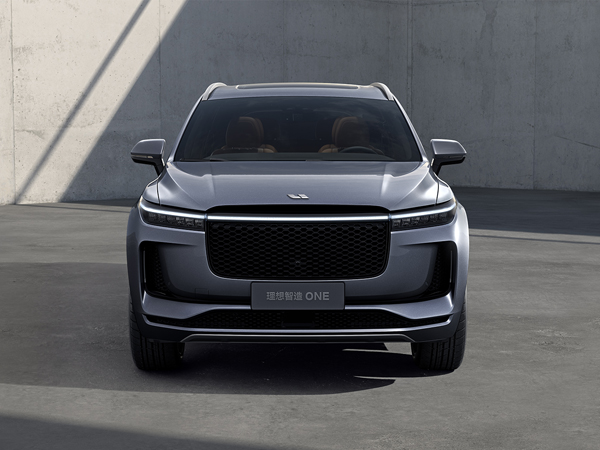 LI Xiang, a Chinese entrepreneur, was once labeled by media as one of “China’s Elon Musk”.

LI Xiang’s Silicon Valley-style entrepreneurship story began in the late 1990s. Instead of going to college, he chose to look for opportunities on the internet. In 2000, his first website PCPOP went online, and the second project AutoHome was set up in 2005. As a grassroots with little enterprise operation experience, PCPOP and AutoHome were more hobbies than careers in the first few years.  After Tsinghua and Harvard graduate Qin Zhi joining in as the president in 2007, AutoHome was catching up with its competitors and successfully listed in the NYSE in December 2013, with a market value of more than $3 billion.

Young and rich, LI Xiang was planning his next adventure. In June 2015, LI Xiang resigned the president job of AutoHome, and in the next month, his new project CHJ  Automotive was officially launched. Electric Vehicle (EV), the disruption which was originally initiated by Tesla in 2003 finally trigged gold rush in the circle of Chinese new tech riches.  As an admirer of Elon Musk, LI Xiang regards EV as a correct-but-not-easy opportunity, which he would like to all in his money and energy.

On April 22, 2016, Elon Musk attended a ceremony in Beijing to deliver the Tesla Model S to the first nine Chinese celebrity buyers. Among them, Charles Chao  (Guowei Chao) is the CEO of SINA, the first Chinese internet company listed in NASDAQ; Yongfu Yu was the CEO of UCweb at that time, who later joined Alibaba and became a partner; Li Xiang, the founder of CHJ Automotive, is a growing competitor of Tesla.

In May 2015, CHJ Automotive completed the series A funding of 7800 million RMB (1100 million USD) from several investors. The first manufacturing factory of CHJ Automotive began to be constructed in August. Li  Xiang sets two development directions for CHJ: the first is small electric vehicle (SEV) production, and the second is SUV, electric sports utility vehicle’s production.

Renault TWIZY and Toyota i-Road are two common models of SEV, but they have never got into the Chinese market because regulators thought that SEV was unsafe on China's already crowded roads. Didi was an internet car sharing hailing service provider, which is the first service provider banned by regulators but finally got operation license, and CHJ Automotive regards Didi as a predecessor for its success. With more than 200 million potential SEV buyers in China, Li Xiang was confident that his SEV will also get the license.

“CHJ Automotive will become the absolute No.1 EV manufacturer in China, which is not only defined by sales volume but also by services and profits”, Li Xiang spoke to media in the mid of 2017, “CHJ Automotive will sell more than 1 million EVs in 2022, including600,000 SEVs and 400,000 SUVs”.

But the intense competition of EV in China has been accelerated since the second half of 2017, with more and more manufacturers were preparing to launch a new EVs model. NIO is a star company founded by Chairman Li Bin, who is the chairman of a NYSE listed company Bitauto. backed by investors include Tencent, JD, Hillhouse, Sequoia, Temasek, Baidu, Warburg Pincus and so on,  NIO released its new electric car model ES8 in December 2017, which immediately caused a sensation in China’s auto industry and EV enthusiasts.

The official physical model photo of CHJ Automotive’s SEV was released at the same time but drew much little attention from the public. Exacerbating the situation, China’s regulators had no interest to loosen the restrictions on SEV. Li Xiang realized his company was falling into an awkward situation -  little market demands from buyers and strict restrictions from the regulators.

Li Xiang turned to the predecessor, and asked Cheng Wei (Will Cheng), the founder and CEO of Didi, for consultation and help. In March 2018, CHJ reached an agreement with Didi to set up a joint venture, in which Didi had 51% share of the equity and CHJ Automotive had 49%, and CHJ would manufacture customized EVs to support Didi’s online car-hailing business. At the same time, Li Xiang decided to abandon the SEV line and prioritize SUV line for CHJ Automotive.

Meanwhile, CHJ’s competitors WM Motor (Weima), Xiaopeng Motors and NIO were making progress. In January 2018, Xiaopeng Motors released its first EV model G3, In May 2018, WM Motor’s EV model EX5 came out. NIO submitted its IPO material in August and listed in NYSE on September 12, with a market value of more than 6 billion USD, In the third quarter of 2018, NIO delivered 3268 cars. “China’s Elon Musk”, this title once belonged to Li Xiang, now is secured by NIO’s founder Li Bin.

On October 18, 2018, CHJ Automotive finally announced that its first SUV model Leading Ideal One would be officially released in April 2019 and would initiate delivery at the end of 2019. Leading Ideal One can support 180km by pure electric, but with a range-extenders’ assistance, the car could sustain more than 700km mileage.

Time is running out for Li Xiang, after more than two years ’stagnant. CHJ Automotive has been left behind by domestic competitors. Let alone the real Elon Musk’s Tesla actively preparing its Shanghai gigafactory, hopefully, after two or three years, the made-in-China Tesla will be much cheaper for Chinese consumers. It is a consensus of the EV market that 2020 will be the year of decisive battles for CHJ Automotive and other EV manufacturers.