For startups like Momenta in the autonomous industry, following the route of Cruise may not be a bad thing. In March 2016, Cruise was acquired by the giant auto company General Motors (GM). The company could be worth a whopping USD 13 billion now, with its founder remains as the company’s CEO. 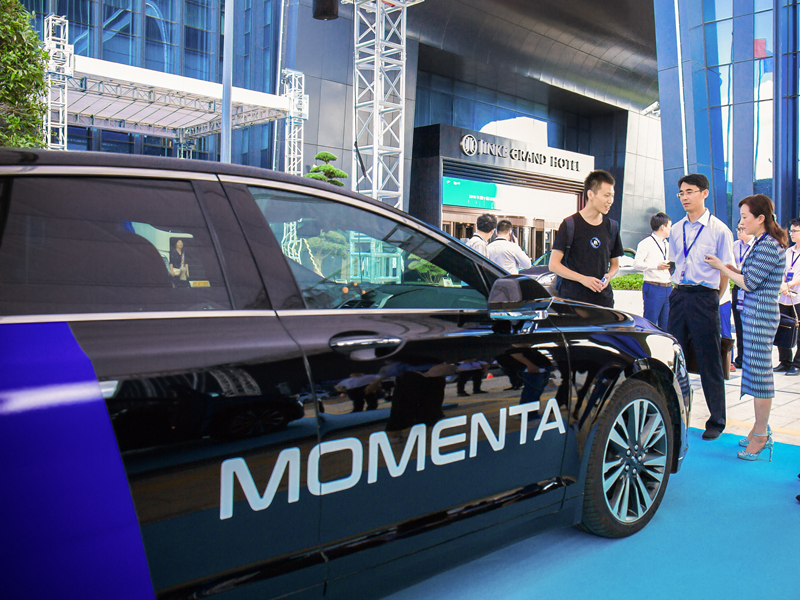 After Xilinx has completed the acquisition of DeePhi Tech in July 2018, a somewhat famous AI startup,  I asked a related friend about his opinions. He commented, “Congratulations to YAO Song, CEO of DeePhi Tech, at least he has got something to count on.”

YAO Song graduated from Tsinghua University, so as his other two main partners, Han Song and Shan Yi. Before the acquisition, DeePhi Tech managed three rounds of funding in two years from investors including Gaorong Capital, GSR Capital, Xilinx, MediaTek, Tsinghua Holdings, Sigma Square Capital, Ant Financial, and Samsung Ventures, etc. The DeePhi Tech team is kind like a research institute with strong academic atmosphere, they have the winners of world-class competitions, and Tsinghua University and Peking University backgrounded interns. But they know little business. Commercialization and monetizing of their products is a big challenge.

CAO Xudong, also alumni of THU, was a former researcher in Microsoft Research Asia(MSRA). He had engaged in AI-related research and won some awards before he started to wonder whether theories could be more meaningful in combination with practice. In 2015, he quit from Microsoft and joined Sense Time as the Executive R&D Director, an artificial intelligence startup company who was still nobody at that time. The giant AI company nowadays was once troubled by cash flow in 2016 and nearly went bankrupt due to their lack of business sense in April 2016. It was  Wanda Group and Star VC who invested the company and saved it from bankruptcy with a quite low valuation. Two months later, CAO Xudong resigned from Sense Time. In September, he announced the start of Momenta, an artificial intelligence company focusing on automatic driving.

To retrospect the vision of the company during an interview, CAO Xudong divided the artificial intelligence startup companies into three categories. The first has technology strength but without any application scenarios. The second has certain scenarios but lack of innovation in business model. The third one is able to combine technology with scenarios to change business model and industrial landscape. What he wants to create is the third type of company just like Momenta.
Destiny chooses the heroes. The trend of artificial intelligence began to rise in China in the second half of 2016. Baidu, who changes its strategies frequently, completely abandoned O2O model and turned to the artificial intelligence, especially autonomous driving. The theme of the Baidu World Congress held in September of that year was "Artificial Intelligence is New Energy." Momenta raised USD 5 million in Series A funding backed by Blue Lake Capital, Sinovation Ventures and ZhenFund in 2016.

When talking about Momenta’s vision, CAO Xudong brings up the concept of “100 billion kilometers” often indicating that an accountable self-driving system requires a 100-billion-kilometer test. Assume each car drives 100,000 kilometers annually, we will need 1 million cars to accomplish the requirements. It costs a huge amount of money. The approach Momenta uses is to combine the unmanned simulation with crowdsourcing data collection and testing. Owing to the advantage of Momenta's data processing, training model and computational power, They can compare the predicted trajectory with the real one with low costs and high efficiency.

At the beginning of 2017, Momenta closed the A round funding led by Shunwei Capital. In July, it raised a Series B round valued at USD 46 million led by NIO Capital and Daimler AG (Mercedes-Benz parent company), investors including Shunwei Capital, Sinovation Ventures and Unity Ventures.

The firm plans to use the latest proceeds to improve its artificial intelligence technologies such as big data and big data computing, as well as commercialize its high-definition map technology and develop L4 autonomous driving technology.

The target of Momenta is "to create an autonomous brain". Their core technology is environment perception, high-definition map and driving decision system based on deep learning. Momenta portray itself as a supplier, like Tier 1 or Tier 2, in the industry chain. Their main customers and partners are the car factories (also known as OEMs, Original Equipment Manufactures), with whom they can combine auto-driving brain with vehicles. However, Momenta faces two major problems. First is to expand the relationship with the industrial chain. The car factories may be reluctant to cooperate with a startup such as Momenta. The second is autonomous driving technology. Even the world's leading company like Waymo still struggle to find a proper commercial path. Not to mention that Momenta is still elevating technical approaches.

It is essential and inevitable to get approval from authorities to develop autonomous driving technology all over the world, especially in China. As a startup, Momenta is eager to seek cooperation with the government. In April 2018, Momenta finally reached an agreement with Suzhou Government to cooperate on the research and application of artificial intelligence and automatic driving. In 2018, Momenta will deploy autonomous driving teams in Suzhou to build smart transportation and will launch self-driving fleet operation services for Suzhou citizens at an appropriate time.

Founded two years ago, Momenta have walked through three stages.  The first stage is the construction of an artificial intelligence platform, the second is the development of autonomous driving algorithm, and the last one is the productization of automatic driving technology, including post-installed ADAS (Advanced Drive Assitance System), L3 level factory-installed autonomous driving solutions for highways and urban loops, L4 level factory-installed autopilot solution for autonomous parking and  autopilot solution for urban roads. In addition, Momenta is developing the partnership with Tier 1 and OEMs.

With all due respect, Momenta still endeavors to raise another funding to sustain for its lack of commercialization. The story of autonomous driving is getting fascinating more than ever. Waymo, a world-class benchmark company in the autonomous industry is now valued at more than USD 120 billion without any revenue and Cruise Automation, a spinoff of General Motors (GM), has a valuation of more than USD 13 billion.
On October 16, 2018, Momenta announced that it has obtained the Road Test License from Shanghai authority. The next day, Momenta released the completion of a new round of funding backed by strategic investors such as Tencent, state-owned background investors such as  China Merchants Venture Capital, Guoxin Capital of Shanghai State-owned Asset Management Co., Ltd., Suzhou Yuanhe Capital and CCB International. The former shareholders NIO Capital and Good Capital followed in this round, adding up to more than USD 200 million.

Far from the situation before, the lead investors in this round are strategic investors and state-owned capitals. For start-ups in autonomous driving industry such as Momenta, technology and investments are not sufficient enough to be a part of automotive industry chain. The common players in the arena are technology giants and auto industry giants. Actually, due to the huge investment needed, even the industry giants are forced to collaborate. For example, Toyota invested in Tesla's autonomous driving business and Honda bought into shares of GM's Cruise Automation.

It might not be a bad idea for a startup like Momenta to follow the route of Cruise Automation. Think about it, founded in 2013, this San Francisco based company was only a 40-member team when acquired by General Motors (GM) in March 2016. Two years later, Cruise Automation has become a company with a valuation of more than USD 13 billion, with hundreds of employees and the founder remains as the company's CEO.

The real challenge for startups in China is whether there will be giants like GM would like to fully support and respect the original team. As for the investors of Momenta, seeing the company being sold is a fair deal. After all, CAO Xudong has already proved himself successfully so far, no matter what’s waiting for Momenta in the future.