Based on the sales amount and revenue streams form additional services, it is rather easy for Manbang Group to reach a high valuation and secure new funding 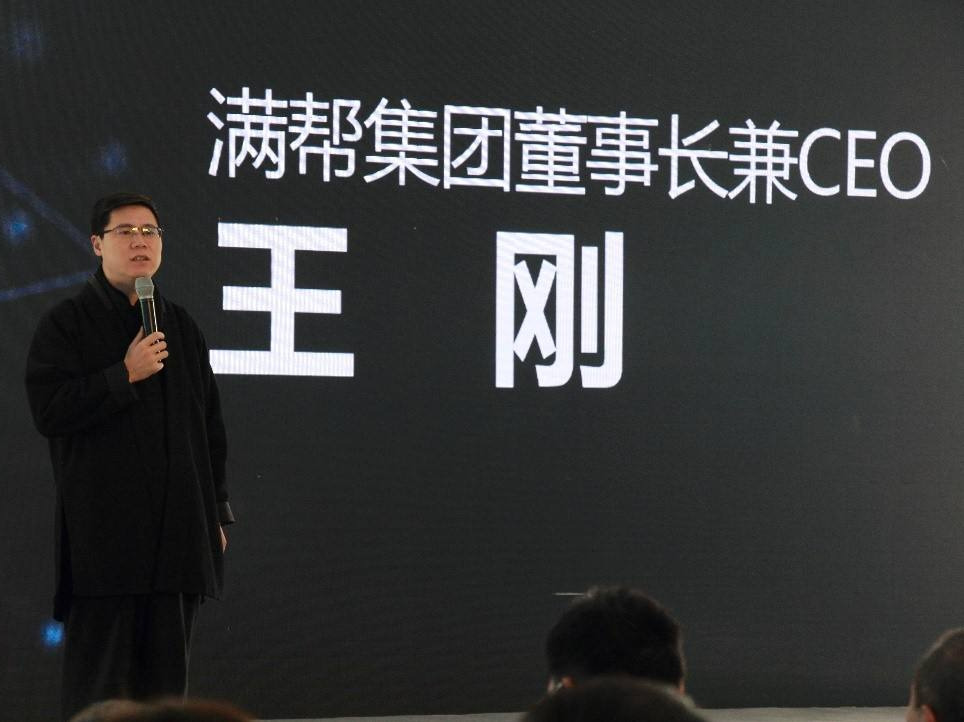 In Nov 2017, the competition between Huo Che Bang and Yun Man Man, two oligopolies in China trucking industry, ended by a merger. The new-born Manbang Group（满帮集团）, formally known as Full Truck Alliance Group, became truck-hailing juggernaut which managed to sign up to 70% of trucks running on arterial roads and 80% of logistics firms in the country, according to the statistics from Xinhua.

WANG Gang（王刚）, an angel investor in “China’s Uber” DiDi Chuxing（滴滴出行）, morphed himself into the CEO of Manbang Group. ZHANG Hui（张晖）, the founder of Yun Man Man, once recalled that his career was actually enlightened by WANG Gang, saying that freight market in China called for a Didi-like platform to match merchants and truckers for transporting cargo.

DiDi Chuxing has relied on massive subsidies for consumers and drivers to take up the passenger transportation market in rapid time and won the price war against Uber in 2016. Since then, DiDi Chuxing stopped subsidizing drivers and passengers on a large scale and started collecting over 20% from each fare.

Interestingly, both DiDi and Manbang Group are backed by Softbank. DiDi was once a third party connecting taxis and customers, as they are accustomed to the service provided by DiDi, it all changed. DiDi introduced their DiDi Express and DiDi Premier (also known as Kuai Che (快车) and Zhuan Che (专车) to seize profits from the pocket of taxi drivers. And they both are struggling to become profitable after burning billions of dollars in the last few years, Didi Chuxing cut subsidies and Manbang Group charged commissions.

Rumors spread, after the merger, saying that Manbang Group was going to charge annual membership fees among truck drivers and information fees for every single order, but Manbang Group soon dispelled that they would only charge shippers so far, not the drivers. According to The Wall Street Journal, most of Manbang's users aren't paying while the company has gotten around 200,000 shippers to fork over around$250 a year in membership fees and is aiming to break even next year, said a person familiar with the matter.

If charging membership fees is understand, but this one is not. One policy Manbang Group implemented in earlier June fire up drivers. To grip the power of setting price, Manbang Group cut off the access to negotiation with shippers for registered truck drivers by canceling phone call function, which is a common way to communicate the orders’detail. The company updated another version allowing their customers set transactions and haulage rates via app and phone under the pressure two days after the demonstration. It eased the situation but many drivers are complaining that the apps are pushing down shipping prices.

Behind the glorious statistics: MAU and Concerns

Manbang Group is taken up 90% market share in China’s freight information matching industry and now valued at around USD 6 billion. The company has north of six million users (including drivers and shippers) and still looks forward to more, which hires 3,000 staffers across China to attract new drivers to sign up.  LUO Peng（罗鹏）, the co-president of Manbang Group, disclaimed their app will be linked with vehicle management authorities' systems to help truck drivers replace license plates and pay fines. It seems that Manbang Group is building an ecosystem. 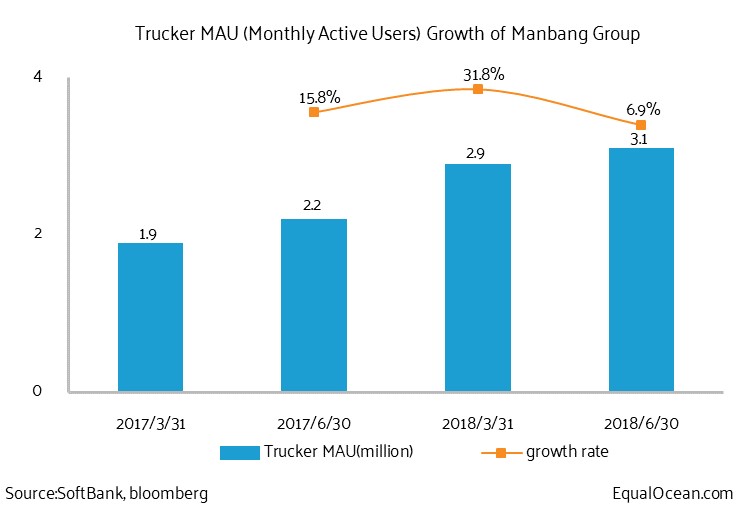 According to Softbank, 2.9 million truckers logged into Manbang’s app at least once a month in March 2018, growing 54% (YoY). However, things are not going well recently. Persuading new truckers and keeping old truckers to stay on the app are getting harder, as the growth rate falling drastically from 31.8% in March to 6.9% in June.

Aside from their concern in MAU, there are plenty of problems Mangbang Group need to work on.

First, according to Bloomberg, revenue per parcel, excluding the (expensive) last mile, is flatlining, and competition is rising as BEST has its own parcel-matching system, UCargo, that could eventually compete with Manbang Group. There leaves little chance for Manbang Group to compete in the aspect of price.

Second, even if WANG Gang emphasized the importance of technology to build the company's core competitiveness, but the pressure of generating decent profit still loom. On 12 Jun 2018, Chinese truck drivers are demonstrating against higher fuel costs and the dominance of local truck hire platform Manbang Group which they said is squeezing incomes, according to Hong Kong-based China Labour Bulletin.

Third, Manbang Group kindly offers loans and insurance for drivers bothered by the long account period in the logistics industry, but it might entail some financial risks.

Last, according to Goldman Sachs' report, Manbang Group continues to burn about 1 billion yuan of cash a year on capital expenditure and payroll.

Based on the sales amount and revenue streams form additional services, it is rather easy for Manbang Group to reach a high valuation and secure new funding, just like this year April the company raised almost USD 2 million and it is only looking for around USD 3 million. Reported by  The Wall Street Journal, the company is now seeking for an additional USD 1 billion at a valuation of USD 10 billion.

But be careful, skeptical investors will always find out the truth buried deep down the glory.