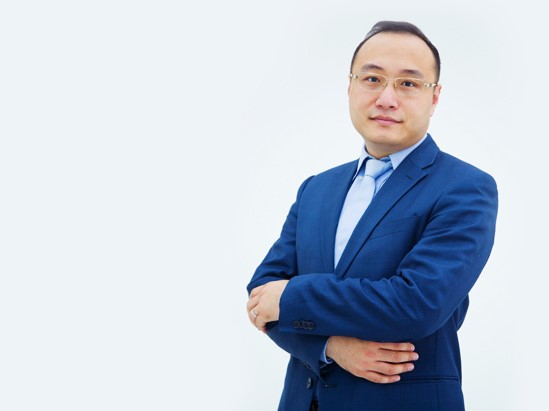 “From 1898 onwards, we have experienced the era of physical driven represented by X-ray, ultrasound, nuclear magnetic, etc., and application-driven represented by image guidance and treatment plans. After 2010, we have entered the era of data-driven precision medicine. ", said CHAI Xiangfei（柴象飞）, CEO and founder of Huiyihuiying(HY, 汇医慧影) in an interview with Health IT News.

We have emphasized the importance of medical data before, but clearly, we cannot emphasize it more.

The platforms are based on AI 2.0 technology, which has the main advantage over conventional AI aka AI 1.0. “Heading toward Artificial Intelligence 2.0”, a research article written by PAN Yunhe, pointed out that with the current popularization of the Internet, emergence of big data, and interconnection and fusion of data, etc. has led to a new evolutionary stage: AI 2.0. AI 2.0 technology will possess distinguishing features, such as the process of combining data-driven and knowledge guidance into autonomous machine learning that is both explainable and more general.

For AI1.0, Convolutional Neural Networks (CNN), Fast Region-based CNN (RCNN), Residual Networks (ResNet) and other technologies are used to identify lesions, assist imaging and screening diagnosis, while AI2.0 is based on image data, clinical data, pathological data, etc., combined with follow-up information, according to CHAI in the interview with Health IT News.

AORTIST 2.0 Aorta AI Cloud Platform, co-published with PLA General Hospital (the 301 Hospital) by the company, claims to be the first time that an artificial intelligence automatic segmentation method for type B aortic dissection has been developed anywhere in the world, reflecting HY’s focus on vascular diseases.

Cancers are the other field HY concerns. Dec 2018, HY launched a new product at the Radiological Society of North America's Annual Meeting (RSNA 2018), which can intelligently screen for tuberculosis and quantify the location and shape of tuberculosis texture by combining X-rays and CT analysis, reported by PR News Wire. Related results for the new product have not been released yet, but we can change to the old one. Oct 2018, Ping Ding Shan Fist People’s Hospital performed HY’s AI tuberculosis screening system, which automatically identifies and delineate the lesions by adopting the deep convolutional neural network technology. The detection rate of small nodule exceeds 90%, with sensitivity more than 95%, according to Bluerun Ventures（蓝驰创投）, an early investor of HY.

HY has partnerships with over 800 hospitals in China, 200 of which are considered Tier 1, data from Bluerun Ventures as well. If we assume each hospital charging for 500,00 annually to deploy HY’s products, the company shall be paid CNY 40 million( USD 6 million) for one year, and revenue of the company was CNY 60 million ( USD 9 million) last year, according to Cai Jing. While some medical imaging AI companies would provide free services for exchanging data coming from hospitals,  it might worth to pay the fee to be a data-driven company.