China AI-related investment activities in 2018 present a decline in frequency but the volume is at the opposite. The slowing-down economic growth impacts both investors and startups, but it is the best time to find the real gold. 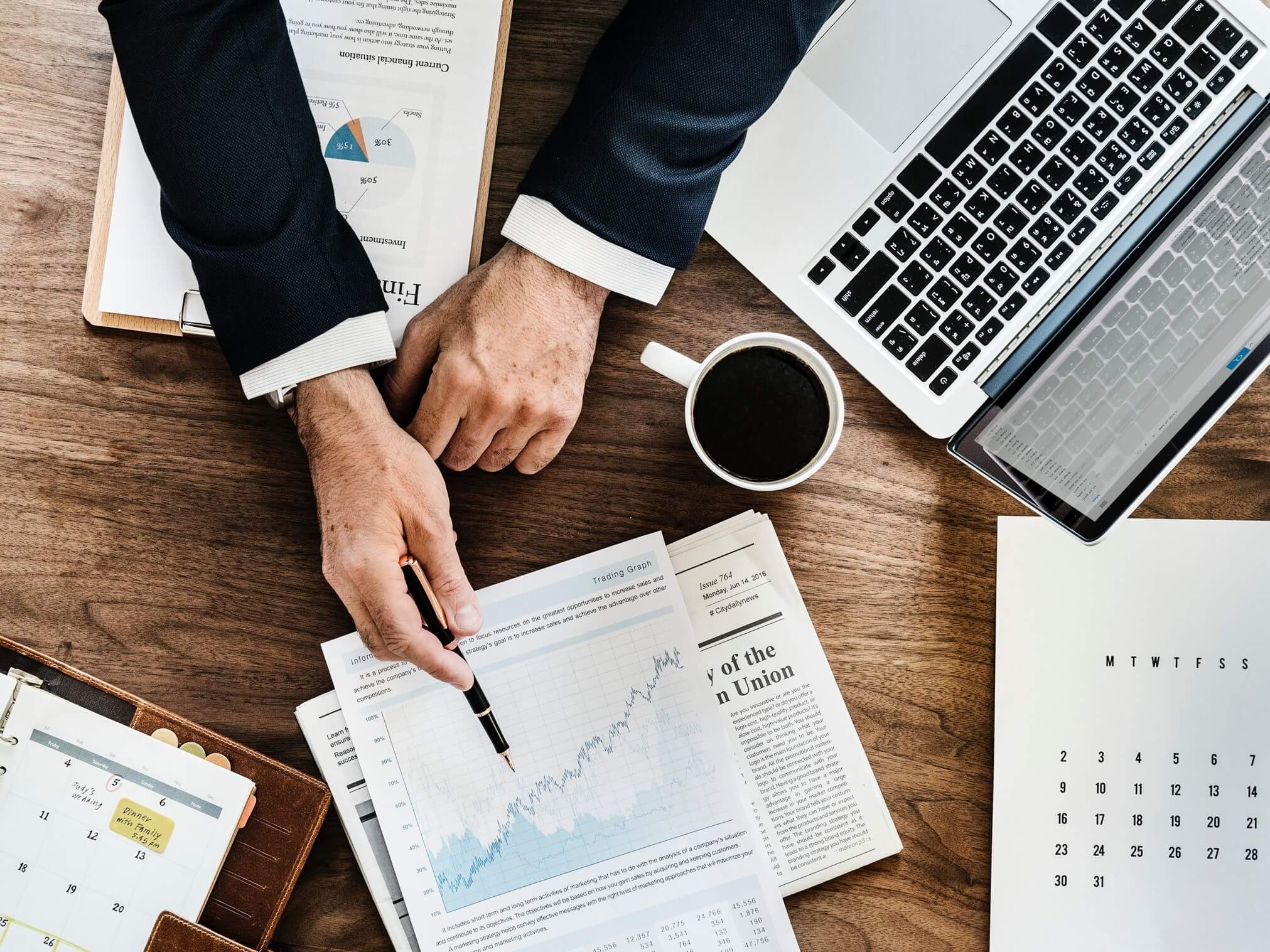 During the past years, artificial intelligence (AI) has been a hot topic for the time whether in the investment world, academic researches or in general life. AI, as a branch stemmed from computer science, has been thriving in the depth and the application. From the theoretical data science, neural network, machine learning and other science-focused subjects to the application side such as smart city, autonomous driving, medical image reading and alike. AI technology is crystallized from decades of studies in computer science but not until recent years, the public realizes its existence and feels how it impacts real life - no longer restricted to a virtual or theoretical level - AI has started to bring a new wave of revolution and is reshaping the world.

AI’s application in actual life is pushed by the support of investors since it is an embedded technology that could be applied to and bring drastic vertical change, or overturn with less chance but not impossible, in all applicable industries. The investment activities in the AI reflect the trend of capital flows and professionals’ expectations of the future in a macro view. According to Deloitte’s China AI Industry Whitepaper, the expected China AI market size will expand from 2015’s CNY 11.2 billion (USD 1.7 billion) to CNY 70 billion (USD 11 billion) in 2020 at a CAGR of 44.5% from 2015 to 2020, while the world’s CAGR is estimated at 26.2% for the same time period.

From 2016 to 2018, the total number of investing events that took place in AI-related areas (as defined above) were 311, 353, and 215 respectively. The word, capital winter has been frequently mentioned at the end of 2017, and, indeed, AI-related investments in 2018 confirmed that capital winter is coming. The overview of AI-related investments in China from 2016 to 2018 is presented in Chart 2. The order of the categories are ranked by the frequency of investments occurring in 2018 from fewest to most and from left to right.

From the count of investment, 11 out of 13 categories faced a decline since 2017, but Home Design and Industrial Manufacture demonstrated a steady growth. Nevertheless, Home design and Industrial Manufacture’s investment events only take less than 8% of the total investments occurred in 2018. Contrasting to the decrease in investment frequency, the total amount of financing demonstrates a sharp growth. From 2016 to 2018, the total financing amount in AI-related investments nets at approximately USD 10.7 billion, USD 10.3 billion, and USD 32 billion respectively, the growth from 2017 to 2018 reached 210.8%. The average financing amount per investment in three years is approximately USD 34 million, USD 29 million, and USD 149 million in 2016, 2017, and 2018 accordingly. The reduced investment frequency and the boomed investing amount demonstrates the trend of a capital preference in startups with the exceptional performance or potential and leading the development of AI to a more healthy and sustainable direction through investments.

The particularly high bar in Chart 2 settled in Finance is significantly contributed by Ant Financial (蚂蚁金服), which received USD 14.3 billion from three funding events in 2018 and the one led by GIC, CPP Investment Board, and Temasek raised USD 14 billion in total. Separating the Ant Financial part from the list, the rest in Finance received only USD 2.4 billion, which is 14.3% of the total funding rushed in the category. Besides Ant Financial, the same situation occurred in Security: SenseTime (商汤科技) raised USD 1.2 billion in 2018, which is 76.4% of the total funding received in the Security category. Top-tier AI players in their application fields are appealing to investors, and in the capital winter, investors are more cautious and smarter in their investment – spending money at the right place is a rule strictly followed by investors since the winter.

The development of telecommunication refers to the evolution from the 3rd generation to 4th generation network, which enabled the development of IoT and hence prepared for the future AIoT. The IoT’s application in automobiles allowed to accumulate driving data for autonomous driving technologies and built the foundation of high definition mapping. Another factor, change in policies, drives the change in investment activities significantly. China is deliberately promoting the electric vehicle, so-called new energy vehicle (NEV), and published subsidy programs for qualified NEVs.

The state started to cut off subsidies and elevate the standard for NEV that could be subsidized. The policy inversely pushed the industry to improve its NEVs and technologies in production. Besides, due to the contraction of subsidy and state’s intention of yielding the power to market itself, the investment heat cooled down and capital flowed to NEV new force companies that have made progress in mass production – in another word, they can start selling NEVs instead of staying in the lab.

Momenta (初速度), Roadstar.ai (星行科技), and Pony.ai (小马智行) concentrate on autonomous driving technologies R&D. The autonomous driving under certain scenarios is realized in commercial use. Autonomous driving relies on the integrated support from the industry, whether the algorithm, the compatibility between hardware and software, the infrastructure network and others. The technology will be the future of mobility solution and hence investors are still willing to bet their money on it.

However, the nature of investment requests returns and for most autonomous driving startups, finding scenarios to land the technology that could support themselves is troubling them and their investors. Startups that are at the infant level is getting trouble in acquiring financing since other mature players in the field are still looking for a sustainable future.

If we see from another perspective the trend of AI-related investment, famous ventures’ moves can indicate the mainstream of AI’s development to some degree. We selected 10 famous and active investment institutes to analyze the preference from the investor side. The 10 institutes we selected are; ZHEN Fund (真格基金), Sequoia China, IDG Capital, Sinovation Ventures (创新工场), Matrix Partners China (经纬中国), Hongtai Capital (洪泰资本), Legend Star (联想之星), Tencent Holdings, GGV Capital (纪源资本), and Gaorong Capital (高榕资本).

In Chart 4, the area of each colored block in sectors represents the count of investment activities. Considering each round of financing may include more than one investor, the actual amount that each venture or organization invested in the round is not disclosed for most cases and therefore we are not able to interpret the investment trend from financing amount. Hence, the following chart does not imply the volume of the capital invested by each investment organization but the frequency of the investments.

The total investment count of these 10 institutes in 2018 is over 60, and over half of the investments are settled in Industry Solution, Retail, and Automobile. Industry Solution, Retail, and Automobile’s investment amount in 2018 is approximately USD 381.4 million, USD 262.7 million, and USD 902.0 million respectively. Though the investment activities occurred frequently in these three areas, the total financing amount only counts for approximately 8.9% in 2018.

In Chart 2, these three categories are distributed at the right half of the axis, which means that investment activities actively went on in these fields and conforms to the trend of above 10 investors. However, the total amount of financing cannot be interpreted from the frequency and it is apparent to find out that the average financing amount per investment is below average compared to other left-side categories in Chart 2. In Chart 3, only automobile companies are listed in the 100 million club and none of the other two category companies entered the list.

There is a limitation in these 10 selected investment organizations on account to that each one has their preferred companies that could fit in their portfolios. The ones that invested most frequently in 2018 are Sequoia China and IDG Capital. Sequoia China participated in 12 AI-related investments in 2018, in which 5 out of 12 are settled in Healthcare category and 3 out of these 5 investments are medical image reading AI startups: Infervision (推想科技) and VoxelCloud (体素科技). IDG Capital’s invested 11 times in AI-related industries: 3 in Automobile, 3 in Healthcare, and others scattered in the remaining rest of the categories.

Even with different styles and incentives, the above-selected institutes have demonstrated the similarity in their portfolios. Other reputational venture organizations outside of the 10 selected also actively participate in AI-related investments. The AI technology development would revolutionize the world we live in along with the development of other science and technologies such as the 5th generation of telecommunication, big data, electronics components, material science, etc.

As an embedded technology that could apply to various industries, the depth, and width of AI’s application would soon expand as these AI startups grow into mature companies, unicorns, and even giants. The argument of winter is coming might be applicable to the decreased investment frequency in AI-related areas, but the volume flushed in is inversely increasing. The capital flowing to outstanding startups is the first thumb rule to follow for venture investors and hence the phenomenon of China’s AI investment could not be simply concluded as winter, and it could even be regarded as spring comparing to non-AI-related investments. Along with the slowing-down pace of China’s economic growth, change in policies, and the trend of global economics, China's investors are cautious in investing but still actively participating in discovering potential startups, helping them to grow, and accelerating the industrial development for a promising future.