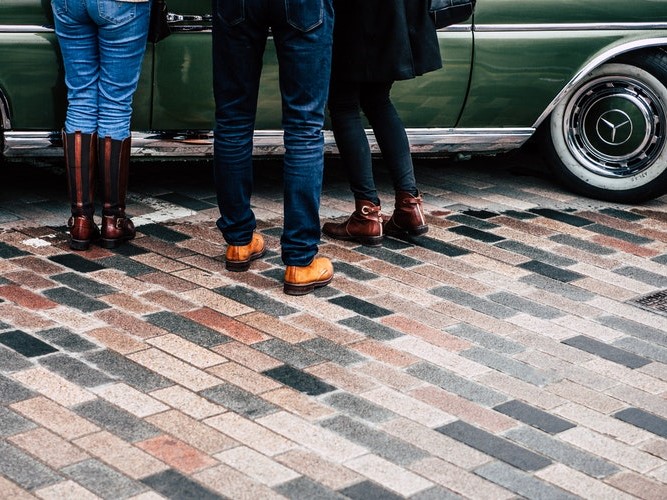 CheHaoDuo said that car renting service is one type of value-added services that CheHaoDuo can provide for their customers to better serve multiple needs of both car owners and sellers. The company has completed USD 1.5 billion Series D round of funding led by Softbank Vision Fund last week, which valued the company at USD 9 billion. The investment will be used to cover the whole life cycle of auto selling, building operation ecosystem, and improving user experience to increase revenues (see more in this article). Guazi.com, a used car selling brand under CheHaoDuo has launched its own car renting service recently.

A total of 250 million people own driver license while only 180 million own a car (120 million private cars) so tens of millions of licensed citizens without a car are potential consumers of car sharing in China, according to a report published by PWC Strategy& in March 2017. Besides, sharing economy has been booming since 2013 in China and a large amount of investment poured into car-sharing in 2014. Founded in 2012, PPzuche has got attention with its street-side peer-to-peer car sharing model. iCarsClub was PPzuche’s brand based in Singapore. PPzuche has raised USD 10 million in Series A funding from Sequoia and USD 60 million in series B funding from IDG Capital Partners and MorningSide Ventures.

The rental car market was getting crazy at that time, PPzuche and its competitors burned money to grab market shares quickly. Those startups want to copy the way Kuaidi Dache (快的打车) and Didi Dache (滴滴打车) has done before: to carve into the market with subsidy and to compete with price war.

PPzuche has accumulated over 600,000 available private cars and one million users in less than two years.

However, things went wrong latter. In 2015, China has endured a disaster in stock market thus burning money is not an acceptable business model anymore. Marketing officers tried to take away subsidies and PPzuche can hardly survive when the company stopped its compensations.

PPzuche had to dismiss employees and cut operation offices to reduce costs. The company exchanged its brand name into Start and provided services only in communities in March 2017.

Even we said that the potential customer amount can be huge and it can save money if they choose sharing car service, but they must face inconvenience of pick-up and return caused by time and place misallocation problems, which means users have to cover a long distance to pick up a car. Besides, car owners may be reluctant to lend their cars out because of sudden accidents or issues.

What peer-to-peer rentals business provide, basically, is a supply chain with fewer costs. However, it is an industry that needs are of low frequency. It is hard for customers to accept non-standardized services and products and most of users would choose something beyond their expectations, even it takes beyond what they expect,  according to LIANG Jie from China Growth Capital.

CheHaoDuo to Do Car-sharing Business

Since CheHaoDuo Group has completed this acquisition, the company must learn something from PPzuche’s history: the era of subsidy has passed and high-quality service leads the trend. We think there are two ways for CheHaoDuo to run the rental car business better, one is for P2B2P model, the other is to merge the business into other divisions in the group. Transaction frequency is the base of gaining margin in this industry.

By adding B (business) to the rental car industry, user experiences can be improved greatly if CheHaoDuo serves as an intermediary and provides pick-up or delivery services, guaranty insurance, membership system, which improves transaction frequency and develop customer loyalty. Deploy B2C model would be the core competence for CheHaoDuo’s PPzuche to come into a leading position. In the initial operational stage, we would suggest using static pricing instead of dynamic price adjustment, which is more suitable when the company has enough data to leverage big data analysis on different time periods and customers segmentations to improve profitability.

CheHaoDuo also plans to invest in insurance and to open more brick-and-mortar stores. CheHaoDuo's car sharing business can generate revenues from the company's insurance service and build its brand name and reputation with offline stores.

CheHaoDuo should also develop core technologies and abilities such as APP design, big data calculation, and analysis. The application of big data and AI will be the core competence for China’s auto industry, according to CheHaoDuo’s CEO YANG Haoyong (杨浩涌).

New Energy Vehicles trends need to be noticed as well. MIIT (Ministry of Industry and Information Technology) has set strong policy signal that requests OEM to spare no effort in promotion and development of NEV. Eight percent of automakers' sales would have to be battery electric or plug-in hybrid models in 2018, rising to 10% in 2019 and 12% in 2020. Working with OEMs can be a good way for CheHaoDuo to broaden its supply pool.