Dozens of companies have launched new chips to support artificial intelligence algorithms, which can improve the algorithm performance with sufficient computing capability, and reduce the cost. 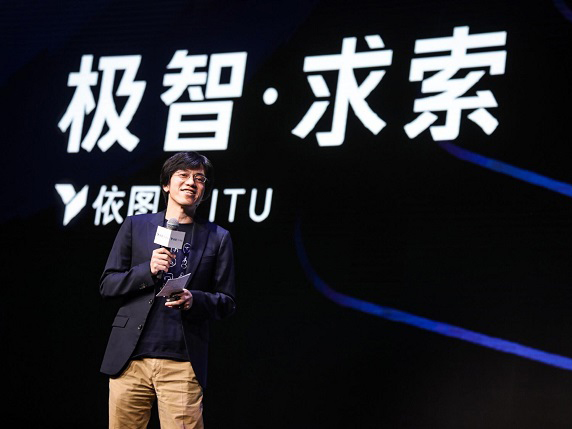 In the past two years, dozens of companies have launched new chips to support artificial intelligence algorithms, including several AI startups, technology companies and chips manufacturers.

It makes sense that chips manufacturers design new chips. But why do these AI startups and technology companies develop AI chips? The answer is that algorithm’s good performance relies on the specially designed chips to support.

The traditional chips have disadvantages in high power consumption and high cost, such as CPU chips and GPU chips. Thus, these companies designed AI chips to improve the algorithm with sufficient computing capability, and reduce the cost.

On May 9, Yitu Technology (依图科技), one of China’s AI leading startups, launched AI chip called QuestCore. It can be used for system on chip (SoC), and aims to be adopted in multiple application scenarios like face recognition and auto detection.

QuestCore can not only run independently, but also accelerate the computing speed for AI algorithm. Other than building an accelerator in chips as many companies do, QuestCore combines AI algorithm computing requirement with CPU chip’s advantages.

In addition, QuestCore can reduce the volume of servers by 4/5 which equipment QuestCore, and lower power consumption by 4/5 too. For example, an original engine room contains 5 servers and consume 20,000 watts of electricity per year. The engine room equipped by QuestCore only needs one server with 4,000 watts electricity consumption per year, which means the company can save more than CNY 100 million (USD 14.54 million) within three years.

Yitu started to develop AI chips in July, 2017. At this year, the company invested ThinkForce, an AI chips design startup with comprehensive capability of chips designing. The core team members of ThinkForce come from several head chips manufacturers such as IBM, AMD, Intel, ZTE and so on. They have more than 10 years’ experience on chips design, and they have designed over 40 types of chips with mass production, which were sold up to billions of US dollars. In the procedure of QuestCore’s design, ThinkForce contributed a lot.

The traditional chips global market is dominated by several American giants, including, among others, Nvidia, Intel and Qualcomm. However, new companies have opportunity in the field of AI chips. The companies that develop AI algorithm, have specific demand for AI chips and they try to adopt AI chips to multiple scenarios like autonomous driving, speech interaction system, medical imaging diagnosis and so on.

Since Google equipped CPU chip in AlphaGo and won the game of weiqi with human player in 2017, many AI companies started to notice how AI chips would make a difference in the future.

According to ReportLinker, a market research institution, it is expected that the global market size of AI chips will reach USD 10.8 million with a CAGR of 53.6%. For now, the companies that have launched AI chips, including Apple, Google, Tesla, Nvidia, Intel, Alibaba, Tensent, Baidu, Huawei, Cambricon, Horizon Robotics, Unisound, AISpeech and so on.

There are various AI application scenarios, and the differences are obvious between algorithms. It is expected that many specially designed AI chips will emerge in the future, and many AI chips designers will come up.

Founded in 2012, Yitu has grown to be a unicorn company. It has completed 5 rounds of financing worth CNY 15 billion (USD 2.18 billion). Its investors include reputable companies like Sequoia China, Banyan Capital, Hillhouse Capital, Zhen Fund and YF Capital.

In 2013, the company started to develop smart camera with face recognition. Now, its smart cameras have been equipped in over 30 provinces in China, and Yitu has become the main supplier of smart cameras for Shanghai government.

In 2016, Yitu founded its subsidiary, Yitu Medical, to develop AI-assisted imaging diagnosis system. Its core product, Care.Ai TM, is for a variety of diseases, including lung cancer, bone age detection, pediatric intelligent diagnosis, and medical record intelligent search engine. As of January 2019, more than 50 top hospitals in China has adopted this product.

According to LIN Chenxi (林晨曦), the co-founder of Yitu, has said that:

Developing AI products mainly relies on the technology and innovation ability, which is different from internet products. In the era of internet, once internet giants enter a field, there will be little chances for startups, because giants have accumulated massive data and capital strength. But in the era of AI, startups have chances to develop and compete with giants, because giants don’t have data in some traditional industries such as Healthcare. So both startups and giants need to develop from zero to one.