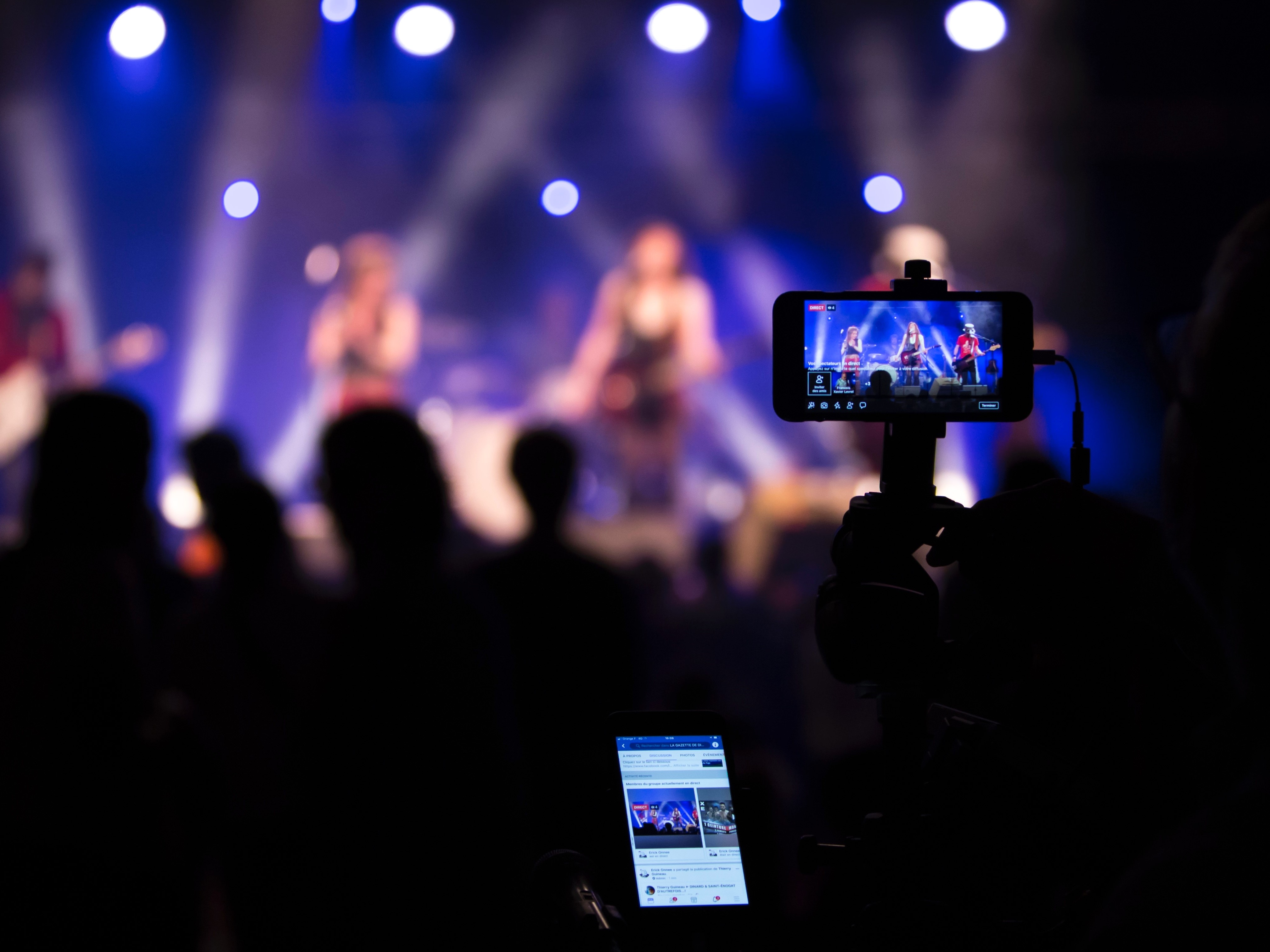 Agora built a network of over 200,000 developers, adopting a developer-centric approach. This enabled them to add voice chat, video chat and real-time broadcasting features to their apps within 30 minutes in addition to making the platform easily customizable. Most customers are in the gaming, social, retail and education sectors. After the first 10,000 minutes, customers pay USD 0.99 per 1,000 minutes for voice communication and audio broadcast calls, or USD 3.99 per 1,000 minutes for video communication and broadcast calls (with additional fees for high-volume). Agora powers more than 300 million minutes of communications per day and has passed two billion SDK installs in September 2018, becoming the most widely adopted API for real-time communication in the world. Among others, the company is backed by Coatue Management, SIG, GGV Capital and Morningside, and had raised USD 125 million to date.

Overview of the CPaaS market

Currently, interactions between mobile app users or between users and companies are more dynamic than ever, driven by the proliferation of connected devices and applications. Today’s communication takes place via any device (including mobile, tablets, laptops and so on) and any format (including SMS, email, voice, video and so on). To create and maintain high-quality real-time voice and video call capabilities, tech giants BAT can leverage their resources to build the real-time network infrastructure and interface with common programming languages. However, the cost and time commitment does not make sense to smaller mobile app providers that use those functions as a mere add-on service, especially to start-ups without the in-house technical expertise that this would require.

To outsource such features, existing solutions include uniformed communication (UC) models, in addition to Unified Communications as a Service (UCaaS) and Communication platform as a service (CPaaS). UC platforms are on-premise, hardware deployments that businesses use to run service on their own data centers and server racks. The latter two solutions each fall into the SaaS and PaaS categories with cloud-based delivery models. As businesses continue to migrate more work and job functions to the cloud, UCaaS and CPaaS offer cost advantages. Similar to the difference between SaaS and PaaS, UCaaS is suitable for companies looking for finished solutions while CPaaS allows for more customization and serves as a back-end communication infrastructure that allows organizations to add real-time communication features to their applications by deploying API.

The CPaaS markets in both the US and China were originally driven by startups such as Twilio (NYSE: TWLO) and Agora. While it is a nascent market today, according to Statista, the global CPaaS market is expected to hit USD 8 billion in 2019. In 2018, the United States and Europe currently hold the largest share and the APAC market is expected to lead the global compound growth rate of 27% from 2017 to 2027. We anticipate multiple years of growth for the market, in part because an increasing number of social and gaming apps are likely to add real-time interactive features to compete for user engagement time. Further, traditional healthcare and education platforms are moving both their core and supporting functions to mobile.

While many Chinese tech firms rely on local advantages and low prices to combat competition with overseas software providers, Agora aims to develop technology comparable to other global players. Over 90% of their employees are working in the R&D department and have more than 10 years of experience.

Agora is headquartered in Santa Clara and has offices in Beijing and Shanghai. The company has developed well-established relationships with companies in both countries. We note that placing R&D employees in China, like Zoom does, incurs low costs for the company while reducing the rising risks of the US-China trade war since the core team is based in the US headquarters.

Despite the fact that Agora’s platform serves clients globally, its current clients are mostly small and medium-sized businesses located in the United States as well as corporations of various sizes in China. Moving forward, the company looks to scale its product by developing localized strategies to acquire customers in more markets, including India, Japan and major European countries.

1) optimization of network instability. While traditional conference systems perform well on corporate networks, they do not work so well on public networks with poor Internet connections. Agora’s technology is capable of handling a variety of environments including Starbucks cafés and even cities in India with 2G networks

2) communication optimization, which eliminates background noise, echos and other issues occurring during calls

3) terminal adaptation, which delivers a seamless experience for users with different mobile devices.

Besides software, global network infrastructure is also crucial to a CPaaS provider, as one of the biggest challenges of real-time communication services is transoceanic transmissions, like from US to China, where packet loss is easily incurred. To combat such issues, Agora has deployed more than 65 data centers and nearly one thousand servers around the world and is expected to have more than 100 data centers this year. Further, they have created their own proprietary virtual network with distribution centers around the world. Those centers have their own transmission routing paths to avoid packet loss and to ensure the quality of real-time data transmission across continents, countries and carriers, something ideal for businesses with the needs of global expansion.

We believe that Agora has meaningful technological competitive advantages that would be difficult for competitors to replicate. Additionally, the user-friendly, essentially self-servicing model makes it easy for businesses to implement.

A natural starting point from the social apps

Aroga’s story started with Tony Zhao, the former Chief Technology Officer of YY.com which relies heavily on high-quality video conferencing capabilities to provide large-scale broadcasting for concerts, sports competitions, live gaming, and online karaoke. Thus, such a vertical naturally applied to Agora when Tony started the company. Luckily, 2016 and 2017 were explosive years for live streaming content in China and Agora caught the wave to serve Douyu and Huya (NYSE: HUYA), two top gaming streaming platforms in China. Viewers can not only watch the live broadcast, but can also engage with competition by sharing their cheers and screams with the broadcast host and other audience members, creating a sense of virtual competition. Additionally, Agora serves game developers directly, including Vainglory, Gravy, Xiamoi Mi Combat and Mobile Legends. As the lucrative gaming sector gears itself more towards mobile, developers are looking for ways to boost in-game engagement and monetization without jeopardizing the mobile experience. Voice is the only way to communicate when gamers are on online mobile games and Agora’s gaming-focused features including group chat, 3-D spatial audio, live interactive broadcasting. AR/VR implementations create a similar experience that gamers would have on console and PC games.

Besides, Agora is behind a variety of commonly used social and dating apps such as China’s Momo, America’s The Meet Group and India’s Hike Messenger. While users used online messaging communication and organized offline meetings before, adding the new real-time video feature relieve some concerns for users and allow them to build higher trust on the platforms. For example, Geoff Cook, the CEO of The Meet Group, revealed in an interview that over 25% of the company’s DAU have been using the voice and video features on a daily basis.

We also expect more E-commerce businesses to adopt real-time communication technologies. As competition intensifies, E-commerce players are moving away from traditional marketing channels and are taking live broadcasting strategies. Buyers who are tired of reading long product descriptions can gain more information from images and can have a visual impression and a comprehensive understanding of products. Further, they can interact with sellers in real time. Low latency and high quality are the key factors that Agora can ensure when companies connect with viewers. Agora’s newly-released E-commerce solutions are adopted by domestic and overseas E-commerce including Gravy.Line, Bulbul.tv and Kumu.

That aside, we acknowledge that mobile apps needing embedded in-app voice and video in their existing applications have a foreseeable ceiling. Also, apps without enough live broadcasting traffic are unlikely to contribute predictable revenue streams due to Agora’s pay-as-you-go pricing model. Hence, we believe that expanding services to more business applications is necessary to drive broader usage and diversify risks.

In September 2018, the number of newly registered projects on Agora doubled. Further, minutes used more than tripled YOY, driven by more industry coverage, including education, healthcare, security, IoT and so on. For example, Agora’s education platform allows VIPKid, TAL Education and other institutions to conduct live interactive teaching sessions to both small, intimate groups and mass audiences. Furthermore, over the past year, Agora SDK has integrated into IoT devices such as AR glasses, smartwatches and smart cameras. While IoT is still relatively new, the business has been making material progress. For example, kids’ smartwatches leverage Agora’s SDK to implement video call services on watch devices. Such applications require more advanced technologies in comparison to social entertainment apps; thus, special optimization is needed.