Meet another three fresh candidates to be listed on the Shanghai Stock Exchange STAR Market; all have passed the approval process. 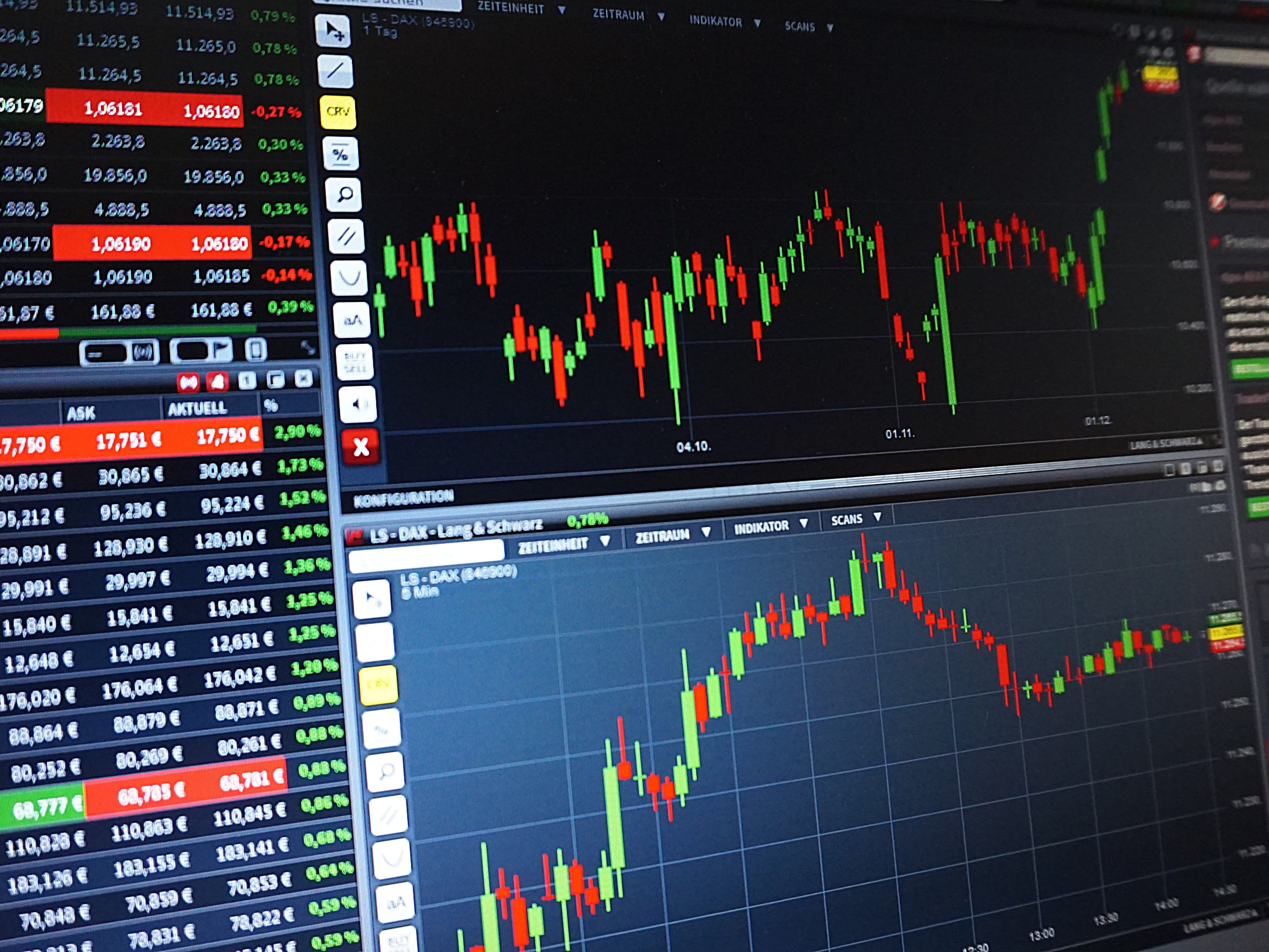 Science and Technology Innovation Board (STIB) approved applications from another three companies this week. That doubled the number of firms to be listed on the new tech board: a week ago, the first batch of applicants seized the right to proceed with the registration and other pre-listing procedures.

121 companies have already provided Shanghai Stock Exchange (SSE) with the required documents, launching IPO process, as of June 12. The regulator reportedly inquired of applying firms concerning a wide range of issues from share structure to intellectual property rights. Some experts voiced a doubt about such a thorough approach used by the newly established marketplace, saying that it is out of tune with what STIB is claimed to be. Hereby, the trade-off between larger scale and pursuit of high-quality listings is still up in the air for the China's primary market.

Last year, we witnessed the famous "84 questions to Xiaomi" issue. World leading electronics producer run into difficulties during the SSE review process and issued its shares in Hong Kong instead. China Securities Regulatory Commission (CSRC) said that overvalued unicorns bring in the primary market more volatility and small investors might be negatively affected by the post-IPO share price fluctuations. In 2017, more than 194 million accounts run by natural persons were registered on the SSE.

The new board has been promoted as the more flexible (in comparison with existing stock exchanges located in Mainland China) platform with less strict rules and lower barriers. Take for example share price control: no limits for the first five days of trading and 20% deviation threshold for successive days. The last figure amounts to 10% when it comes to the three existing trading venues (Main Boards, SME Board and ChiNext).

This June is going to be hot: 72 companies got their applications taken in the late March/early April this year; now the cycle is verging to a close. Nevertheless, all the firms that passed the second step of scrutiny initiated by CSRC have strong financial records and are staying profitable. No surprises so far. 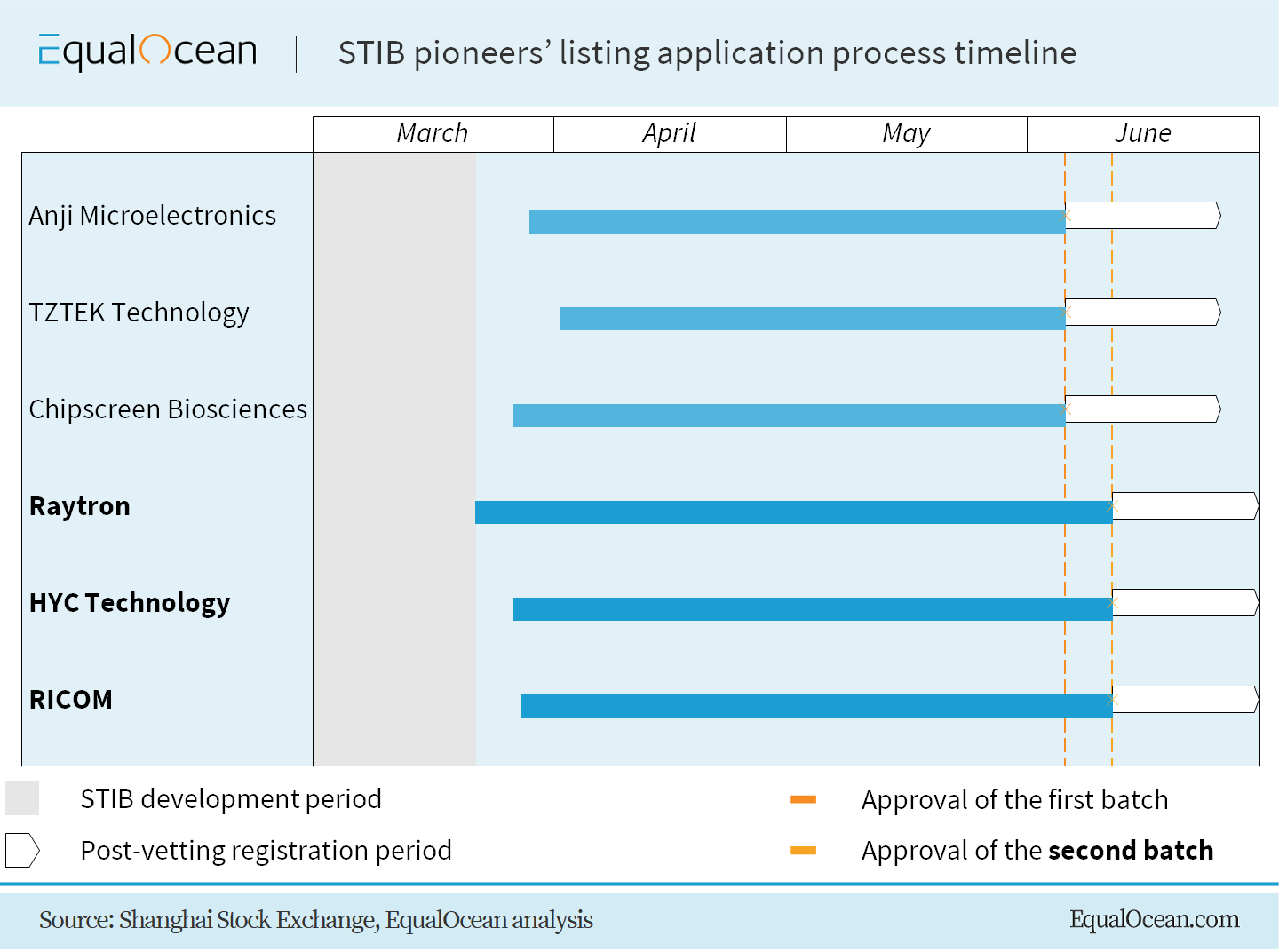 Yantai Raytron Technology Co., Ltd. was among the nine earlycomers that got their applications validated on March 22, the day when STIB disclosed the first group of listing requests received. Main business of the company is imaging and sensor technology development. Being involved in the knowledge-intensive circuits, the company makes and markets products such as night vision driver assistance systems, forest fire prevention systems, consumer electronics, and Internet of Things (IoT).

Located in Yantai, one of the three cities of Shandong province (read here about this and other local unicorns) that are considered as the urban areas of strategic importance by the local government, Raytron shows stable financial results, using a resilient business model. It has good chances to become a high-quality listing and lay the foundations of STIB.

Suzhou-based company collected total revenue of CNY 2.89 billion (USD 418 million) for the last three years. The firm has been profitable all the way since 2016, and margins are high as well: the tech enterprise had collected CNY 633.62 million (USD 91.61 million) of net profit since 2016. Another feature to emphasize – R&D expenses: the number hit CNY 139 million (USD 20 million) in 2018, that equals to almost 19% of total cost within the same year.

HYC's mission is to provide their customers with safety guarantee. The company has two offices in the US (located in Portland and San Francisco Bay Area), one office in Vietnam (Hanoi) and seven branches across China.

Founded in 1958, RICOM group produces optical lenses and electro-optical systems. It is one of the key providers of the Chinese military forces. However, non-military companies could also be found among RICOM’s clients.

Being a TOP 5 CCTV lens supplier, the firm secured a place in TOP 100 Chinese security companies rating, according to its official website. With over 2000 full-time employees, RICOM manufactures 96 million units of optical glasses and 12 million units of lenses annually. The long history of cooperation between the firm and Chinese government might be considered as both an advantage and an additional risk factor. In terms of financial results, the lens maker shows decent records.

CONTACT US
Scan QR code to contact us for professional consulting services
Next article
Top 10 Most Active Investors in Chinese AI Startups, 2000 - 2019Q1