With offline schools shut amid the outbreak, Chinese Edtech firms’ shares are rising to record highs. 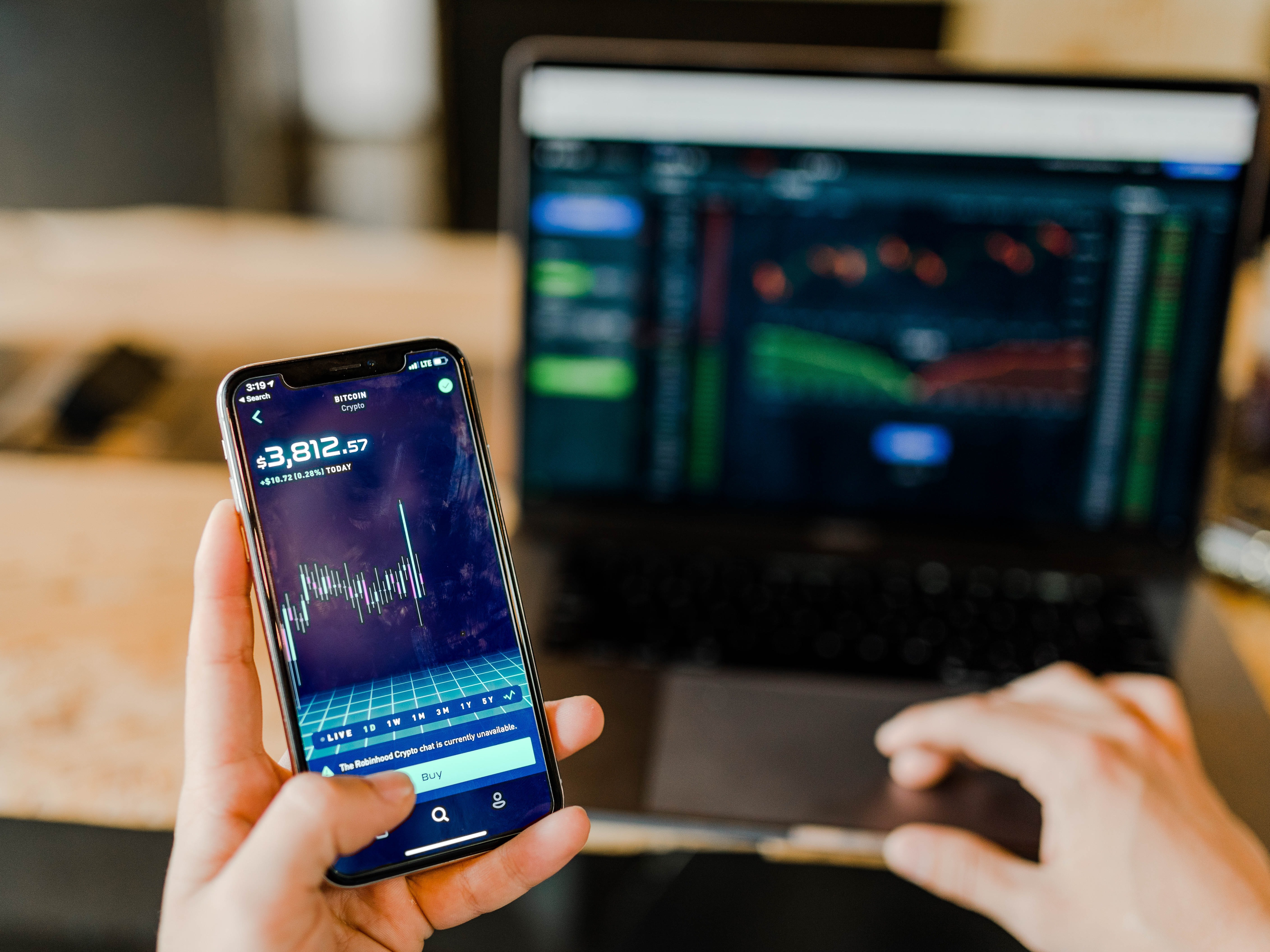 Following its strong fourth-quarter report, GSX Techedu’s stock rose almost 10% to as high as USD 44.98, pushing its market value to over USD 10 billion. The stock has been trading in a range of USD 8.53 to USD 42.07 over the past year. The Beijing-based, online K12 large-class after-school tutoring service provider becomes the world's fastest and the third Chinese Edtech company to break through the USD 10 billion mark after New Oriental (EDU: NYSE) and TAL (TAL: NYSE).

Regarding the topic, GSX CEO Larry Xiangdong Chen said that “As 2020 unfolds, we continue to be committed to hiring and retaining top-notch teachers and talented professionals, investing significantly into technology and content development, and spending wisely in high ROI channels to expand and leverage our customer base, as we move to establish an enduring brand." He further added, “We will continue our growth with an emphasis on effectiveness and profitability strategies as we have been doing over the past three years.”

The firm expects to achieve a revenue of over USD 142 million, up a bit more than 300% year over year.

When asked about the measures taken by the firm due to the outbreak of Covid-19, Chen said that they are very concerned, and are closely monitoring the evolving situation in China due to the outbreak. GSX launched free live courses on multiple platforms and attracted nearly 15 million enrollments. Although, in Chen’s view, the number of users is not necessarily equal to the number of customers. He believes that attracting users can be fast, but it takes a much longer time to accumulate loyal customers.

According to Sheng Zhong, an analyst at Morgan Stanley, the online after-school tutoring market could reach up to USD 160 billion in China. Favorable policies released by the government, the launch of 5G networks, and a rush to consolidate the market can boost Chinese education stocks.

“We estimate that total hours spent on online K12 tutoring in China will jump from 1.4 billion in 2018 to 22 billion in 2030, with online hours per user per week increasing to five, which is roughly half of the total average hours per week on K12 tutoring (10 hours, online and offline),” Zhong said in a report published in July.

This rapid growth of GSX has benefited from the popularity of online education. If it continues to grow at this rate, it will not take long for the firm to catch up with the industry giants, New Oriental and TAL, and bring about huge changes in the Chinese education system.

Another reason behind the success could be the OMO model used for providing its courses, which is also used by many other Edtech firms. It enables students to start a lesson on their mobile, iPad, or laptop, then continues the lesson in person.

In the past two years, due to a series of reasons such as economic downturn, capital turning cold, and tightening policies, the education industry has entered a stage of confusion.

After 16 years of investments and finances in the education industry, 2019 clearly shows a downward trend. Compared with the previous year, the numbers dropped by almost 50%. Although this trend of decreasing financing events has been going on since 2017, the difference for last year is evident: a 21% decrease was recorded in 2018, and 10% in 2017.

Affected by the epidemic, offline institutions have transformed to seek online development. The domestic online education industry has blown up, making online education the hottest topic. This situation has demonstrated the advantages of the Internet, which doesn’t have any kind of space restrictions. Other than education, Mobile games and e-commerce have also ushered in rapid development.

The future of online education seems promising. In the more than 40 years of reform and opening-up, China ’s economic level has significantly improved, Chinese households’ consumption power has been upgraded, and the importance attached to children ’s education has risen to a new level.

According to iResearch, paying users of China’s online education products reached 135 million in 2018, increasing 23.3% compared with the previous year, and the growth is estimated to remain in the range of 14%-21% in the next 3-5 years. The growth rate will decrease but maintain steady. 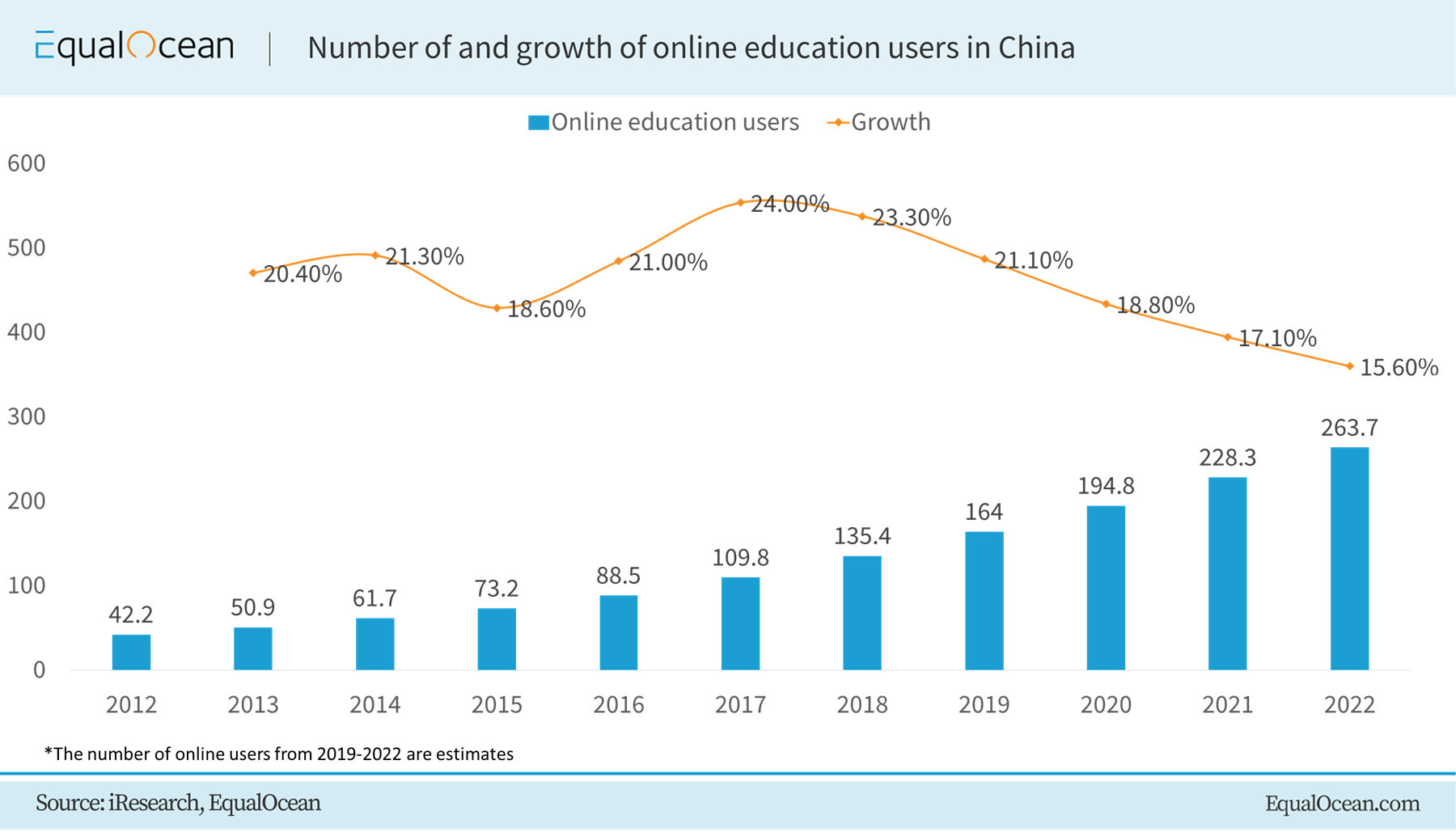 The population will also play an important role. According to the latest data from the National Bureau of Statistics, China’s population exceeded 1.4 billion for the first time, accounting for about 20% of the world’s total population. At the same time, the 35-year-old one-child policy has been lifted, which will eventually increase the number of students in the next few years.

Data from HolonIQ shows that, in 2019, the global financing amount of Edtech exceeded USD 7 billion, 14 times the total amount of financing in 2010.