During and after Coronavirus: China's Collaboration and Housing

Witnessing the systemic crisis, as well as adaptive transformations, during the epidemic. 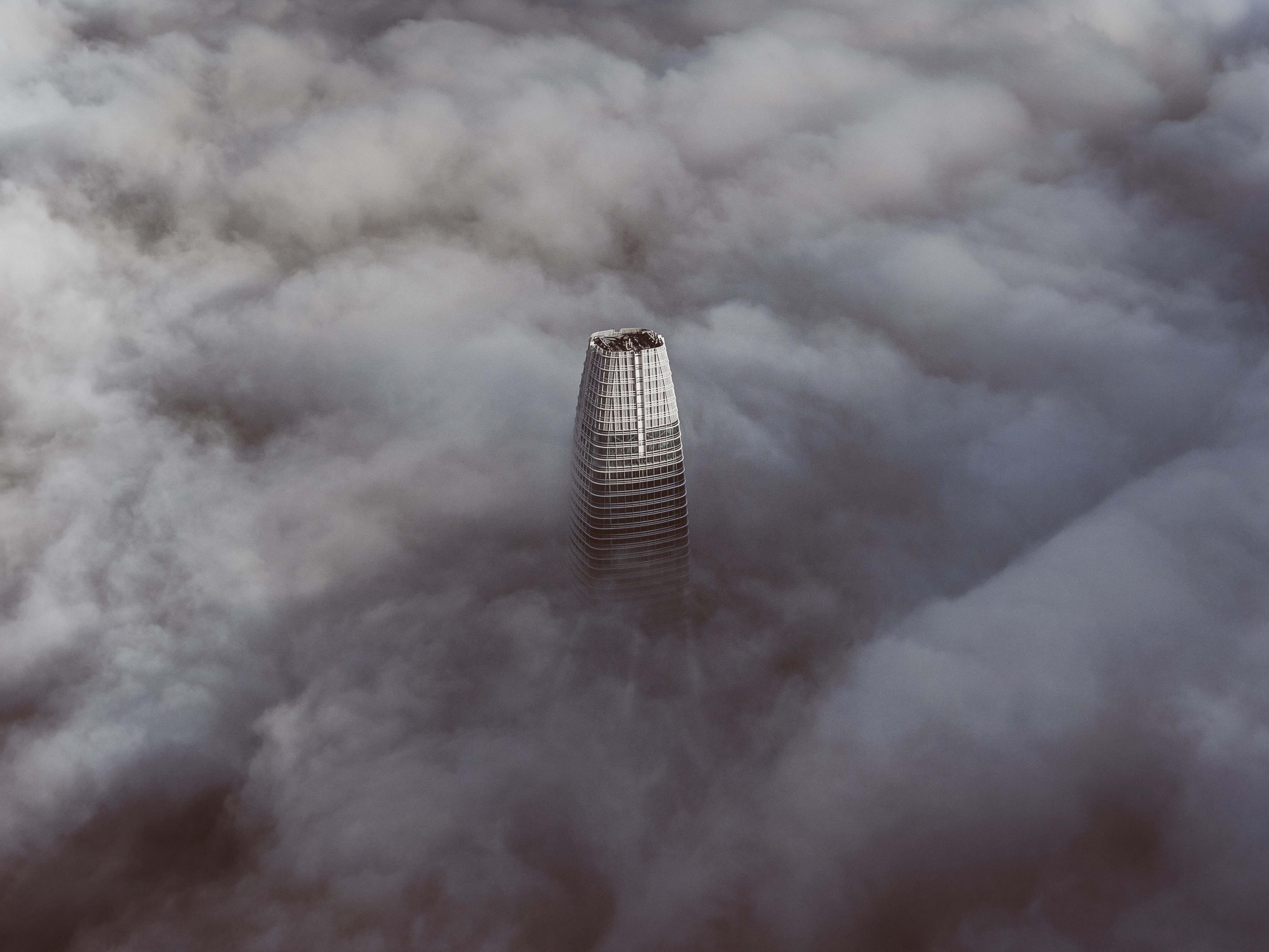 In the previous article, we discussed the macroeconomic uncertainties, venture capital market, as well as changes in supply chains and the auto industry. In today's article, we take a further look into how the crisis is causing significant disruption in the software industry and housing.

The coronavirus outbreak came as a devastating blow but also created a window of opportunity for millions of participants in China's market – whether it is startups, giants, or investors. Those lacking experience or ambition in scaling, expanding and growing under extreme circumstances might lose the fight in the longer-term.

Looking back to how Taobao and JD.com navigated the SARS crisis in 2003, we learn that great companies with a competitive advantage always adapt to worsening market conditions and see off their competitors.

The war of Alibaba and Tencent in the massive online collaboration

Like food services and online education, collaboration is undergoing an unprecedented period that will decide the market landscape of the future.

On the first back-to-work day after the extended Spring Festival, more than 200 million employees adopted a popular online collaboration application DingTalk, an Alibaba's division. According to a report published on February 2 by the Chinese recruiting website Zhaopin, 32.1% of employees in IT, telecommunication, electronics and the Internet will work from home during this period.

Though the industry customer acquisition cost (CAC) plummeted, not all the players will thrive in the future. And the market has already shown us winners, or at least now.

DingTalk was the most downloaded app in China's iOS App Store, followed by Tencent Conference and WeChat Work (ranking No. 5) on February 12. A US video conference application, Zoom, went from being the around 1200th most famous app to the 36th most popular on the same day. 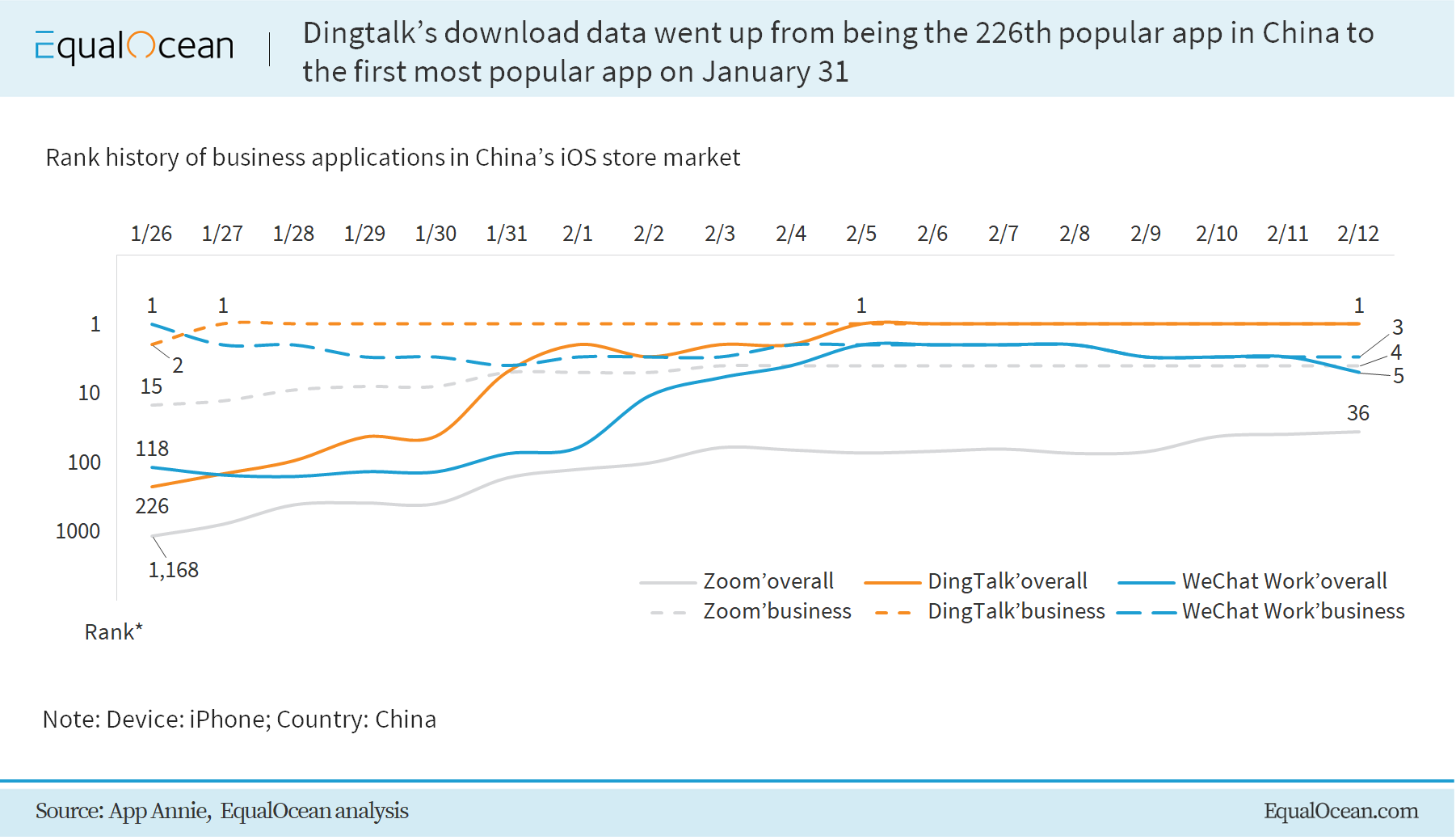 Alibaba and Tencent have been operating for years in cloud services and are experienced in keeping users within the Internet ecosystem they build, which helps with the appeal of offshoot apps.

When Alibaba's DingTalk announced its intelligent HR features in 2017, Tencent retorted in 2018 with an integrated communication system between WeChat Work and Wechat.  After that, Tencent allowed WeChat Work users to add contacts of their personal WeChat accounts. Zhang Xiaolong, the head of WeChat, claimed that WeChat Work would add more significant value to the enterprise services of tomorrow when the application stretches far enough to cover each connection point between workers.

During the outbreak, we are also seeing the rise of video interviews and flexible staffing, and we recommend investors to look at. 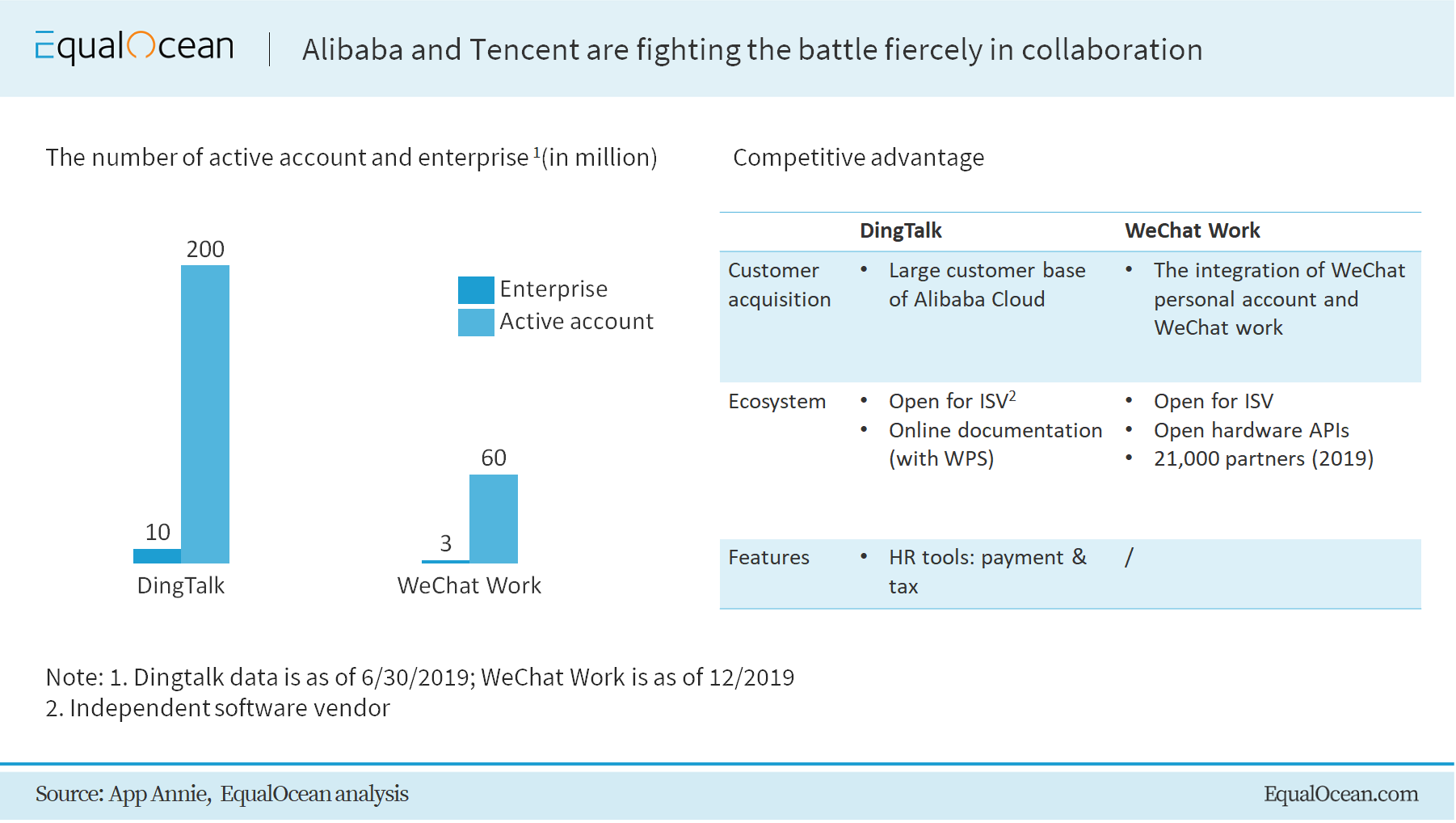 The well-known recruiting technology firm HireVue provides structural interviewing and video interviewing solutions for Goldman Sachs, Hilton and Unilever. The company was founded in 2004 and only embraced its biggest business expansion after the financial crisis in 2008, from the two-digit sales of the previous five years, and recorded USD 100 million.

One of its Chinese counterparts who asked not to be mentioned expects to receive ten times the number of users than regular days in the next month. Video conference firms (Zoom, TeamViewer), messaging tool vendors (DingTalk, ByteDance's Lark, Tencent Conference), recruiting or HRC software companies (Moka, Beisen, KNX) have all joined the niche market. Such vertical video interview suppliers as Acmcoder (for IT industry) defend themselves with industry know-how and experience.

The flexible staffing boom was triggered by Alibaba's Fresh Hippo in China, which hired hospitality workers to work in the company during the outbreak period. A flexible workforce strategy helps small and medium businesses (SMBs) to get through difficulties. We discussed several products that provide support, like GaiaWorks here.

Unlike their counterparts in Silicon Valley or New York City, Chinese enterprise tech firms have been baffled by a lack of paying culture among their customers for a long time.

Then the epidemic came and opened a new market for them. Suddenly, they observed that enterprise needs are not the only contributor to the substantial total addressable market (TAM) that online collaboration or even video conference applications could target.

DingTalk was the first to roll out a slew of new features to meet emerging needs in the education sector, as governments urged schools to convert to online classes.

The outbreak sparked more fierce competition in this industry. Large tech giants and startups are vying for the market share of online collaborative software, releasing free plans to attract new users. Launching marketing campaigns has been regarded as a crucial strategy for them.

However, whether the sudden fast and wide adoption of cloud and Software-as-a-Service (SaaS) in place of traditional ways will become mundane in China is unclear right now (though it is an inexorable shift when looking at the US). The strategic challenge for China's tech players is likely to remain the same: to improve every aspect of their products, from function to features and resilience.

Defining the early core customer for collaboration startups is of the utmost importance. As Merci Victoria Grace described that the ideal one is a junior developer or designer –one who aspires to use high-performance tools and with not much social capital to lose by introducing a new product into their company – and not managers. In China, selling to managers can be a primary focus for these startups, while developers are less incentivized to bring new tools into a company.

Housing middlemen are exposed at risk of collapse

We expressed concern before towards debt financing in the article featuring long-term rental businesses in China. Now the pressure is here. Danke Apartment (a.k.a. Phoenix Tree Holdings) is hanging by a thread due to a market collapse and tighter scrutiny. The company began withholding rents that were supposed to be paid to their landlords after the outbreak of coronavirus, which made watchdogs in Shenzhen start an investigation into it last week.

68% of residents signed debt financing agreements with Danke as of September 30, 2019. Dealing with angry landlords, Danke also needs to handle waivers from tenants because some communities do not allow non-locals from returning. Even though Danke can survive all these problems, the damage has been done to landlords. How to maintain its brand image among its clients and users will become a more challenging mission, which is hard to solve by financing. The company stock closed at USD 11.72 on February 21, dropping by 21% from its IPO price of USD 13.5.

Other long-term rental startups that are Real Estate (RE) and developer-led such as Ziroom (a division under Homelink/Lianjia), Xiangyu (5isj) and Port Apartment (Vanke) are facing a double whammy as well. But we expect they will suffer fewer pressures on the balance sheet than startups that count on investments from more prudent Chinese Venture Capital investors.