The Vanguard in AI: Top 20 Startups in Silicon Valley

The AI sector has been hot for years in Silicon Valley. With some new trends, there is a list of eye-catching AI startups backed by hot money in 2020. 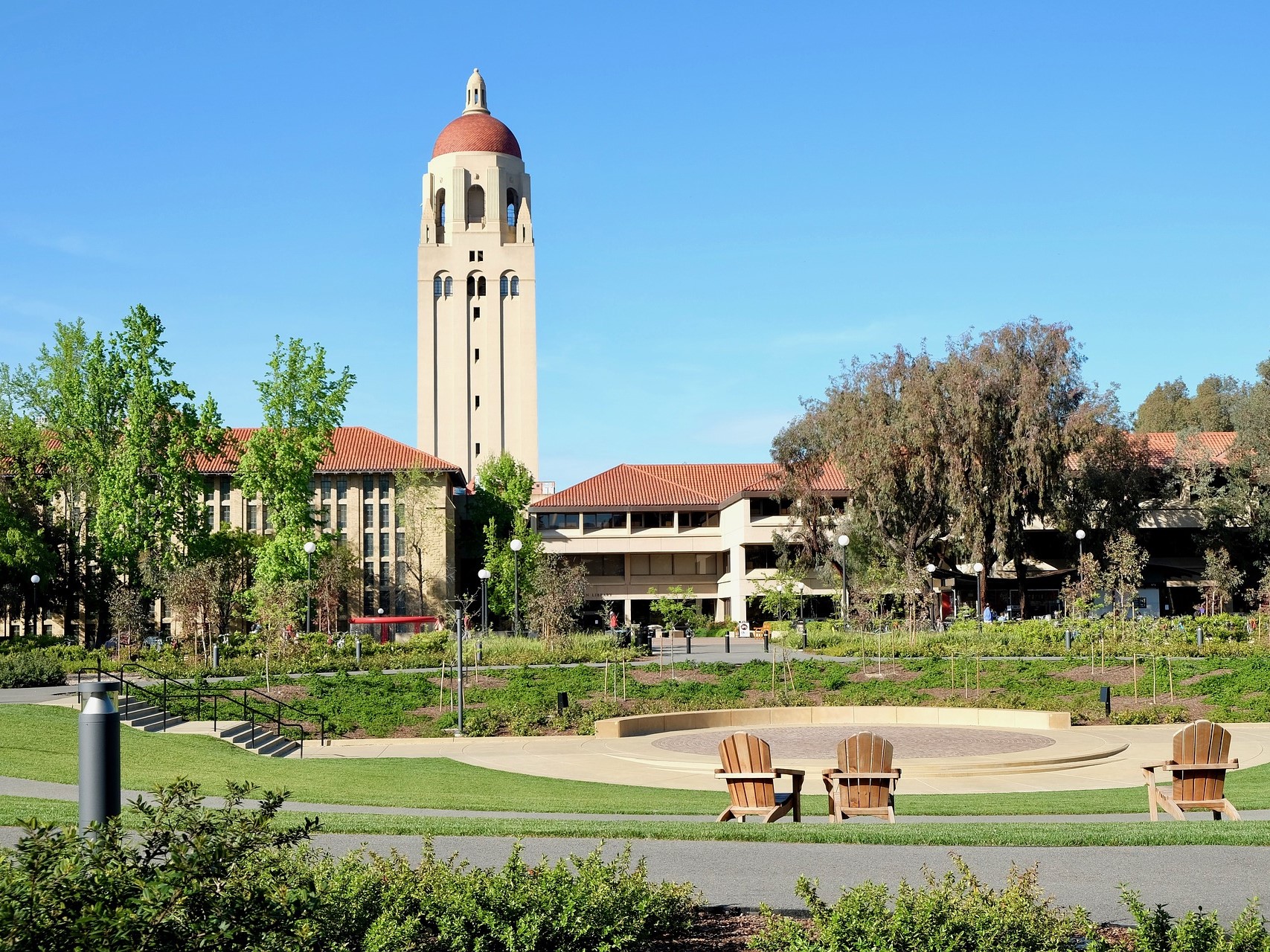 The development of Artificial Intelligence (AI) technology in Silicon Valley always leads the way – with the rest of the world sure to follow. With 2 world-class top universities famous for computer science research, Stanford and UC Berkeley, and the open and innovative atmosphere in the Bay Area, AI startups in Silicon Valley are pioneers in applying cutting-edge technologies to various application scenarios. 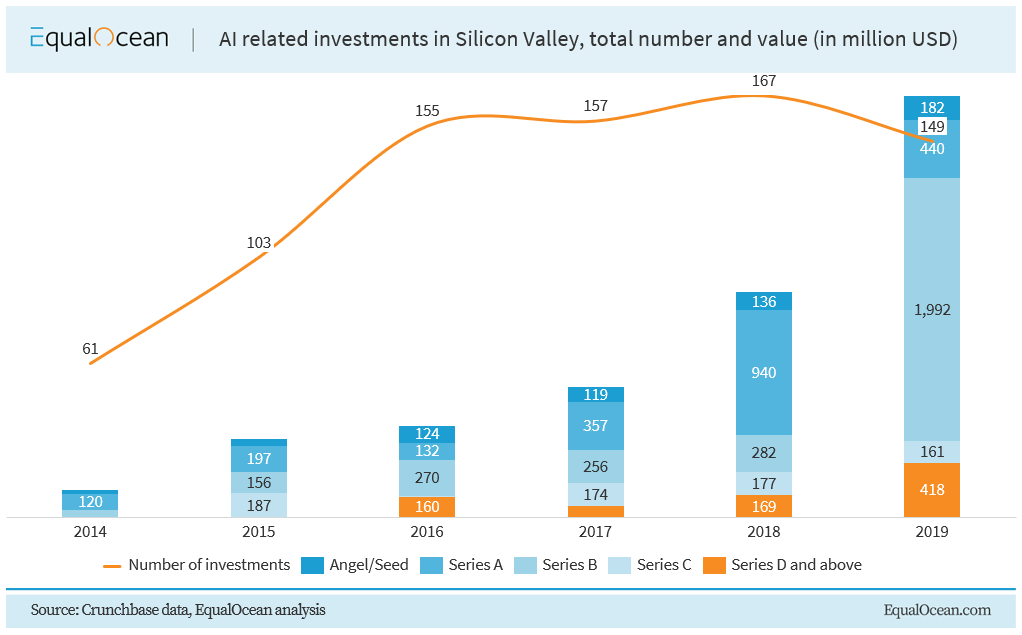 Data from Crunchbase shows the phenomenal growth of Silicon Valley’s AI sector since 2014, which coincides with the breakthrough in deep learning around 2015.  Pushed by hot money, the value of Series A and B series soared in the last 2 years, indicating the optimism of the capital market towards the notable growth of some star early-stage startups.

Following the research of San Francisco's enterprise software sector, EqualOcean has generated a list of the top 20 AI startups with the most potential, headquartered in Silicon Valley. All founded after 2012, the startups on the list have been recognized by the venture capital market, with historical funding ranging from USD 20 million to USD 940 million, respectively.

Compared with AI startups in New York, which have concentrated application scenarios in business and finance related fields, companies in Silicon Valley focus on empowering other technology-driven industries such as autonomous vehicles. From the top 20 startups, we saw a tight connection of pure AI technology with big data/cloud computing, Robotic Process Automation (RPA), and Internet of Things (IoT). 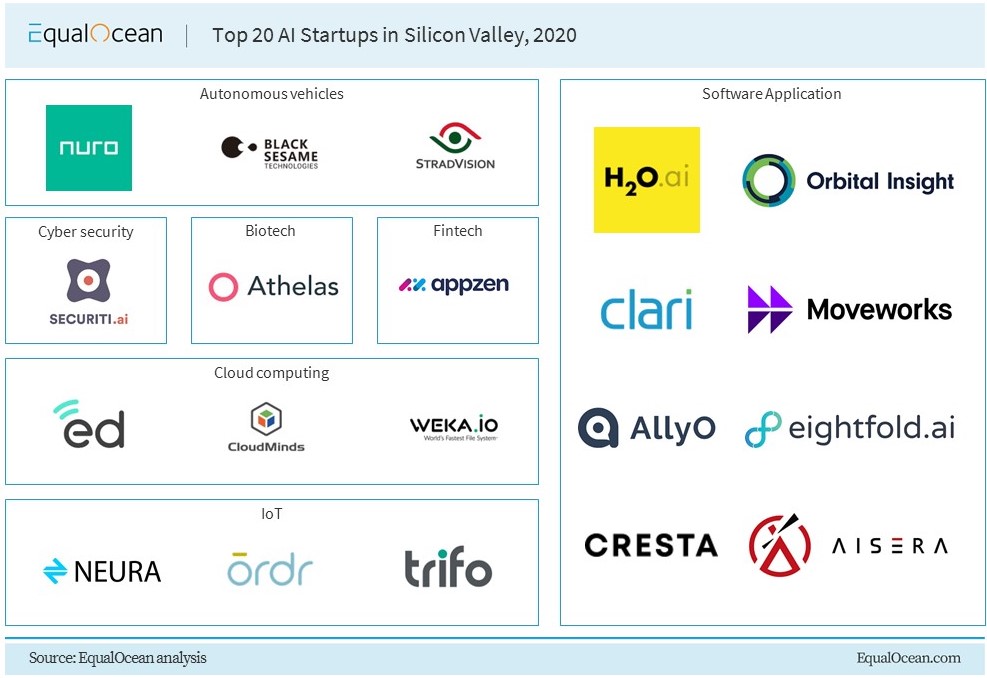 As the world’s innovation center, Silicon Valley attracts tech talents from all over the world, and international capital follows. Among the investors in the startups on our list, we can find leading VCs and investment management companies such as Sequoia Capital, IDG Capital, SoftBank and Bain Capital.

For AI companies focusing on sectors such as autonomous vehicles and cloud computing that require substantial capital to support research before final product launches, being well-funded can enable them to stand out among competitors.

During 2019, SoftBank caught people’s eyes by leading several heavyweight investments in Silicon Valley’s AI sector. The most well-known case is the USD 940 million Series B funding of Nuro in February. Founded by former engineers from Google’s self-driving car project (Waymo), Nuro is an AI/robot tech company focusing on self-driving vehicles. While most tech giants focus on passenger cars, Nuro’s designs vehicles for commercial cars/trucking/delivery services, which aims to fill a significant market gap.

Almost at the same time, SoftBank led a USD 186 million investment in CloudMinds, a cloud robot startup with a Chinese background. Supported by both local VCs at Silicon Valley and Capitals from Asia, CloudMinds has developed at a fast pace since it was established in 2015.

Among all application scenarios of AI, autonomous vehicles are one of the hottest in the bay area. As a promised sector with, however, an uncertain near future, autonomous cars are believed to be in the ‘darkness before the dawn’ by most analysts and investors.

Besides Nuro, there are several other autonomous companies in our list that received ample funding in 2019, mostly from automobile giants around the world.

Not only VCs, tech giants and investment banks are also behind Silicon Valley AI startups

Recently, it has become a common view that industrial giants support Silicon Valley startups because of their technologies and innovations that may change industries.

Based on its wide application, AI technology can empower most industries by replacing human labor, supporting insightful analysis, etc. In May 2019, NVIDIA and Qualcomm led a USD 30 million level Series C financing to Weka.IO, a cloud storage provider established in 2014. Samsung also participated in an early-round financing for Trifo (a smart home robot producer founded in 2016), which just finished its Series B financing at the beginning of 2020.

An interesting fact is that Chinese entrepreneurs and VCs are playing an active role in Silicon Valley’s AI industry. Around one-third of startups on our list have Chinese founders/co-founders.

Having both advanced education experience in US top universities and tight connection with Asian societies, they can simultaneously take root in Silicon Valley’s high-tech environment and take advantage of Asian production capacity and capital markets.

With headquarters based in Silicon Valley, CloudMinds, Black Sesame Technologies and Trifo all have offices in Mainland China. Likely, their founders all received bachelor’s degrees from top Chinese universities. With their production plans being concrete, the news is coming out that these companies will also set up their product lines in China. 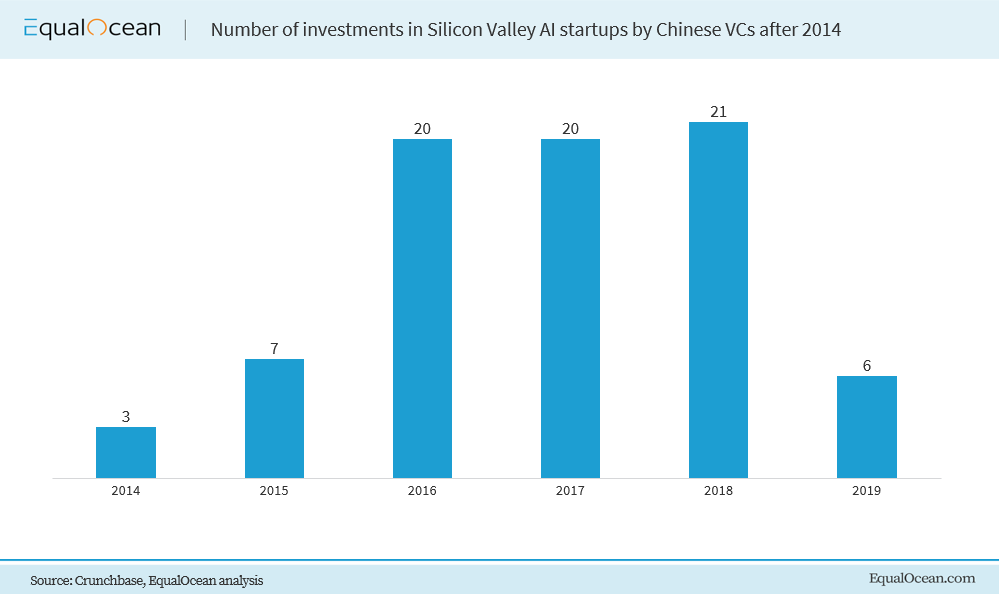 On the other hand, investors from China are seeking opportunities here.  As shown by the histogram above, Chinese venture capitals have kept longing Silicon Valley’s AI companies since 2015.

Most top Chinese VCs such as IDG Capital, Northern Light Venture Capital, and ZhenFund have their investment portfolios in this sector. Although not as effective in Silicon Valley as local VCs such as Lightspeed Venture Partners and Redpoint Ventures, Chinese VCs can provide startups with exposure in the Chinese market and connections with low price production force. Seizing the advantages form both America and Asia, AI participants from the East are bringing new blood to Silicon Valley.