Will the Epidemic Trigger a Boom in Online Education? 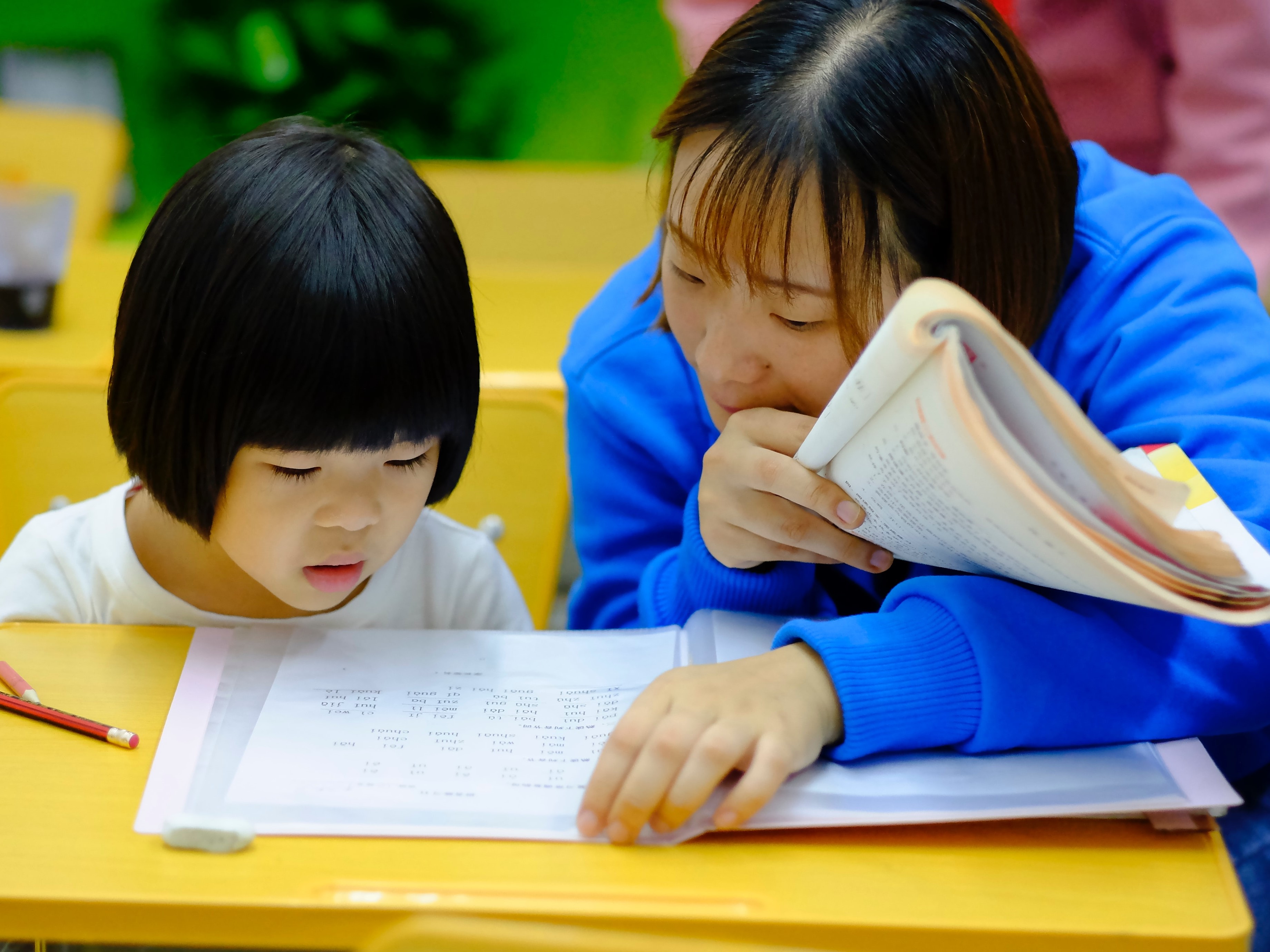 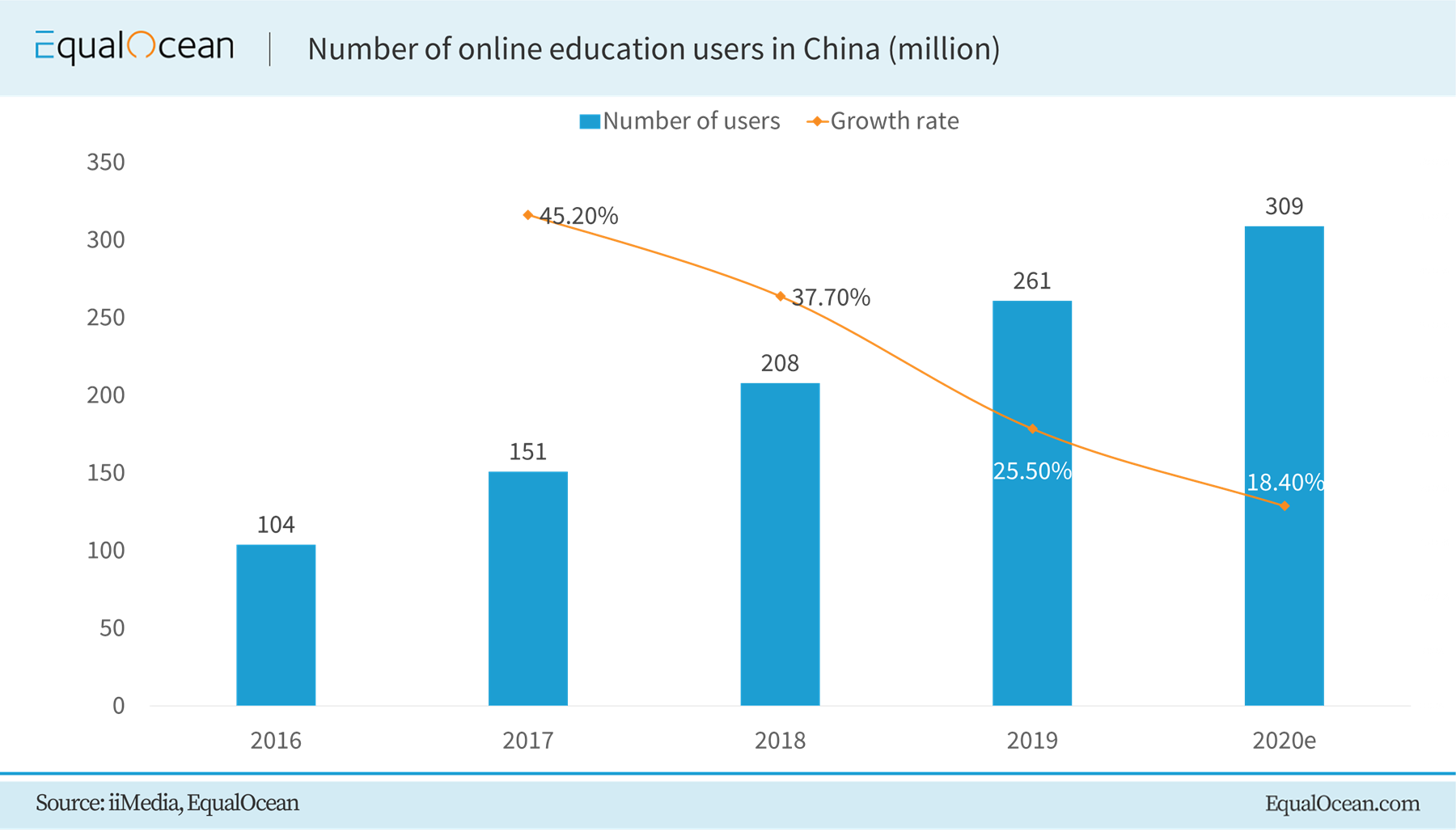 From a macro perspective, the capital market has always been the main force behind the industry's development. As mentioned in an article published by EqualOcean earlier this week Chinese Edtech firms saw their stocks soar during the first A-share trading day after the Spring Festival, the increase in the online education was second only to pharmaceutical stocks. Based on the closing price of the day, New Oriental Online stocks rose from HKD 27.2 (USD 3.49) per share on February 3 to HKD 33.3 (USD4.28), an increase of 22.43%. Other Chinese NYSE-listed companies such as GSX Techedu (GSX:NYSE), 51Talk (COE:NYSE) and NetEase’s Youdao (DAO:NYSE) also saw their shares increase during the past week. (USD/HKD 7.78 as of March 2, 02:48 GMT).

On January 29, after the Ministry of Education officially released a statement to suspend offline classes, large, medium and small public schools set up online classrooms. In addition to a large number of free online courses, online education institutions also saw this as an opportunity to expand their market. High-traffic platforms such as Kwai, Youku, Douyin, Xiguashipin (西瓜视频), and Jinri Toutiao made quick moves as well by using their traffic for educational institutions.

Three major plus points caused by the epidemic

Customer acquisition efficiency has improved. First of all, in the short to medium term, from the perspective of the industry as a whole, the customer acquisition cost has decreased. Most of the leading players believe that the market strategy of spending money in the early stage and occupying the largest market and making money in the later stage will make the company bigger and stronger. As a result, the cost of acquiring customers in the online education industry has risen dramatically, with an average of CNY 1,000.

However, the outbreak saw the total number of online education user base increase rapidly. With the suspension of all offline courses, users are already taking online classes, with a strong purpose to gain from them. GSX Techedu is another Chinese educational firm that has benefited from the situation. The founder of the firm, Larry Chen said during the fourth quarter financial report ceremony that “Now we see many teaching activities online. This will lead people to get used to taking online courses. There are about 200 million primary and secondary school students in China. We assume that the cost of running a student from offline to online is CNY about 1,000. We multiplied it to get a total cost of CNY 200 billion.” He further added, “At the same time, there are nearly 20 million teachers from primary, secondary schools and after-school tutoring institutions. Assuming that the cost of training a teacher online is CNY 200, this cost is CNY 40 billion. In short, in today's situation, the epidemic has saved nearly CNY 240 billion in promotional costs for the online education industry.” Although this calculation is short and crude, it does tell us the trend to an extent.

But based on the above three points, can it be judged that the online education industry has reached an inflection point at a macro level? And that once the epidemic is over, will online education see a downward trend? Will it usher in an explosive growth of the industry? Explosive growth requires the improvement of the entire industrial supply chain, and the education industry is complicated. It is a slow industry. The process of completing an education product takes time. It starts with teaching, researching, operating, selling, and then delivering results.

It can be seen that situations such as the epidemic will bring benefits to the industry at a macro level, but it is too early to conclude whether the education industry has been completely transformed.

ToB online education companies that serve public colleges will benefit the most out of the situation. The owners and the principles of offline education companies will be dependent on online firms more than ever, this will improve the relationship and the trust between the two. The level of parental understanding and familiarity with online education products will improve. Online educational institutions serving public institutions will compete more fiercely to grab a big piece of the cake. However, these firms will have to face challenges from powerful internet companies such as Huawei, Alibaba, and Tencent.

As for toC, we believe that companies specializing in exam preparation track will benefit while others focusing on extracurricular education will see their market share further erode.

Furthermore, judging from the size of the companies, industry leaders will rather not worry but small and medium online education institutions will face difficulties. The two leaders, such as New Oriental and TAL, will inevitably rely on their stronger resistance to the pressure, greater brand effects, and more abundant capital reserves to smoothly transition to online and overcome difficulties. Koolearn and Xueersi, which are owned by the two giants, will rapidly harvest a large wave of traffic. Leaders to be firms such as Yuanfudao (猿辅导), GSX Techedu, and the Zuoyebang, will also see its users grow. GSX Techedu recently claimed to have attracted 15 million students to sign up, Yuanfudao said that it has attracted more than 20 million students to register, and Zuoyebang attracted more than 28 million students to register. 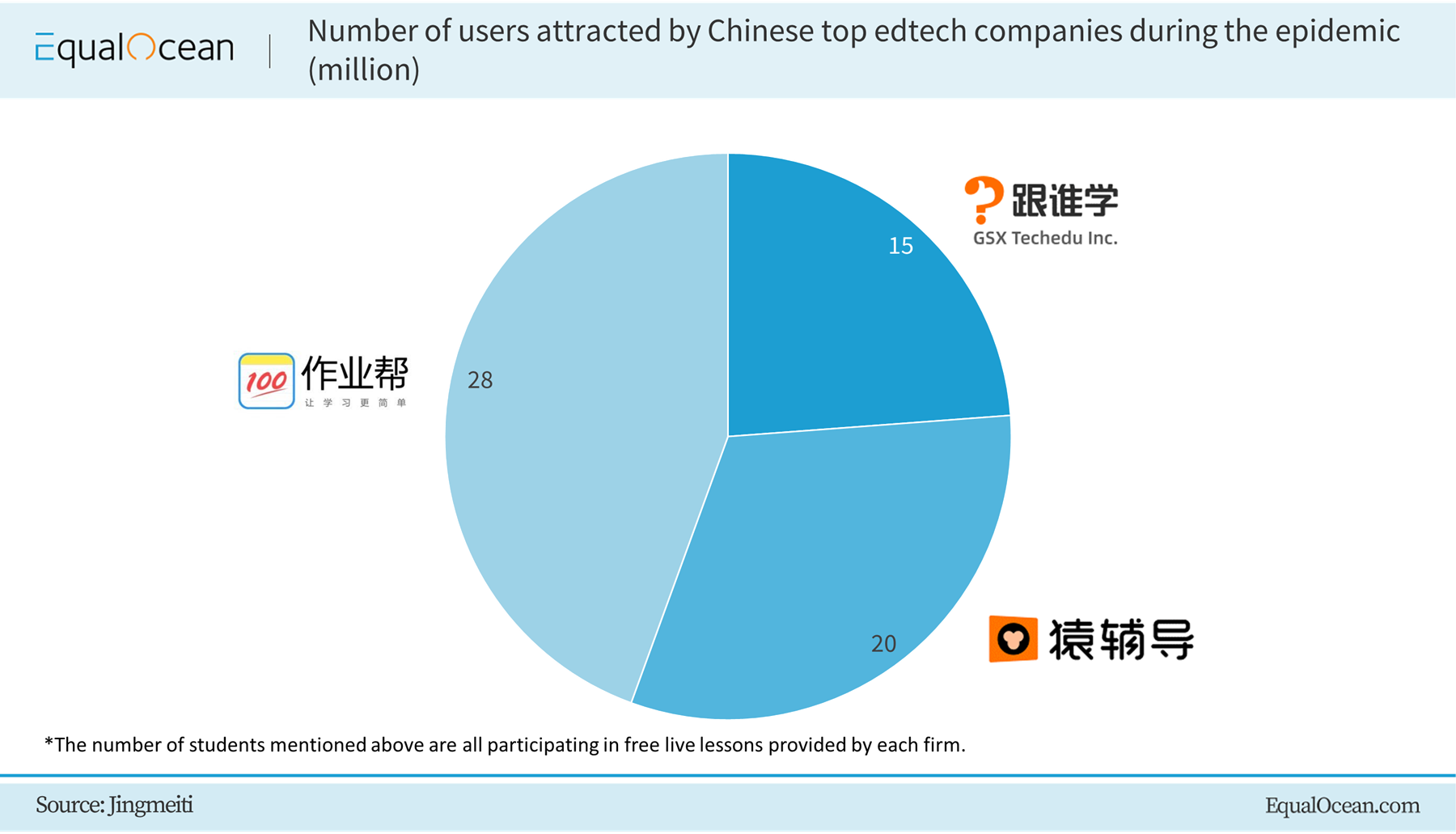 At the same time, for small and medium-sized institutions, the situation doesn’t seem to be promising. On one hand, it has to bear the pressure of rent, labor cost, cash flow and other aspects that all educational institutions have to face. On the other hand, there are free lessons on the Internet today. There is no shortage of high-quality content from educational institutions with big established names.

In addition to various online and offline education institutions, more and more content-based companies are transforming into education companies to further expand the educational extension.

Luoji Siwei (逻辑思维) also known as Dedao, a China-based talk show, has a mobile app which allows users to subscribe to learn from key opinion leaders. In the early days, it released voice content through its WeChat public account and later published a systematic introduction to the content of the book. Then, it launched an APP to create a systematic online column course, and now it has been extended to the offline ‘Dedao University,’ covering extensive education consumption scenarios.

If such a company proves that the transition from media to education is an important path for the commercialization of content platforms, then other content companies that want to switch to education need to consider the changes in media forms and channels.

Looking at the industry as a whole, there has been an increase in the adoption of smartphones and other mobile devices in China, which is pushing the growth in the market. The increased per-capita spending capacity of the Chinese population and the flexibility in online education offerings have been key to driving the online market. Training programs conducted by native English-speaking teachers can be easily accessed through the online medium. 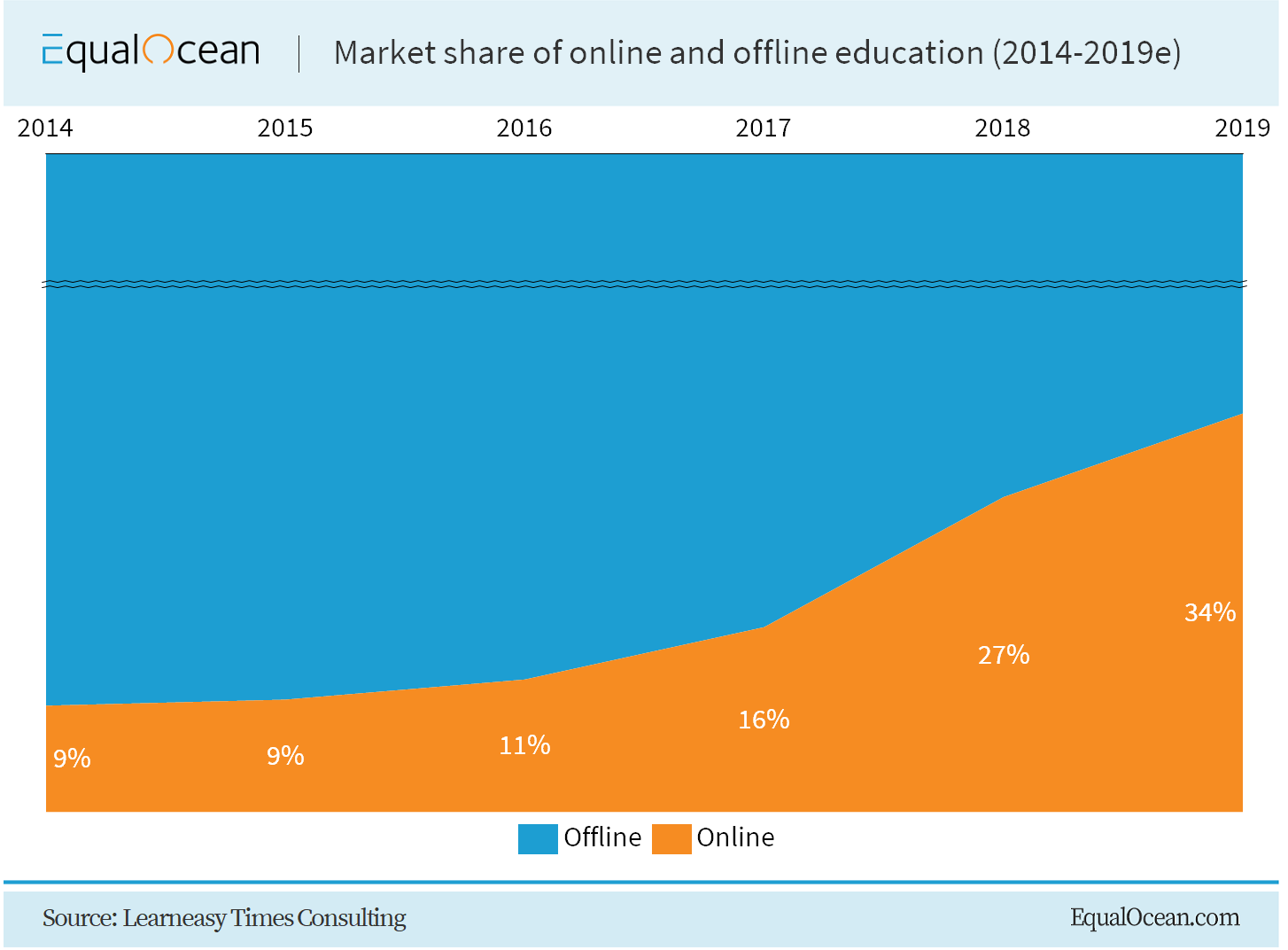 Other than the epidemic, the advantages of online learning have gained more recognition from the parents over the recent years. Data shows that the online learning market for children in 2018 was as high as 26.59%, way higher than the average online penetration rate of the education industry overall. The Internet not only brings high-quality foreign teacher resources to Chinese families but also saves a lot of time for both parents and children. Therefore, parents are more inclined to choose online learning for their children.

CONTACT US
Scan QR code to contact us for professional consulting services
Next article
In a Nutshell: Core Elements behind Blockchain Technology