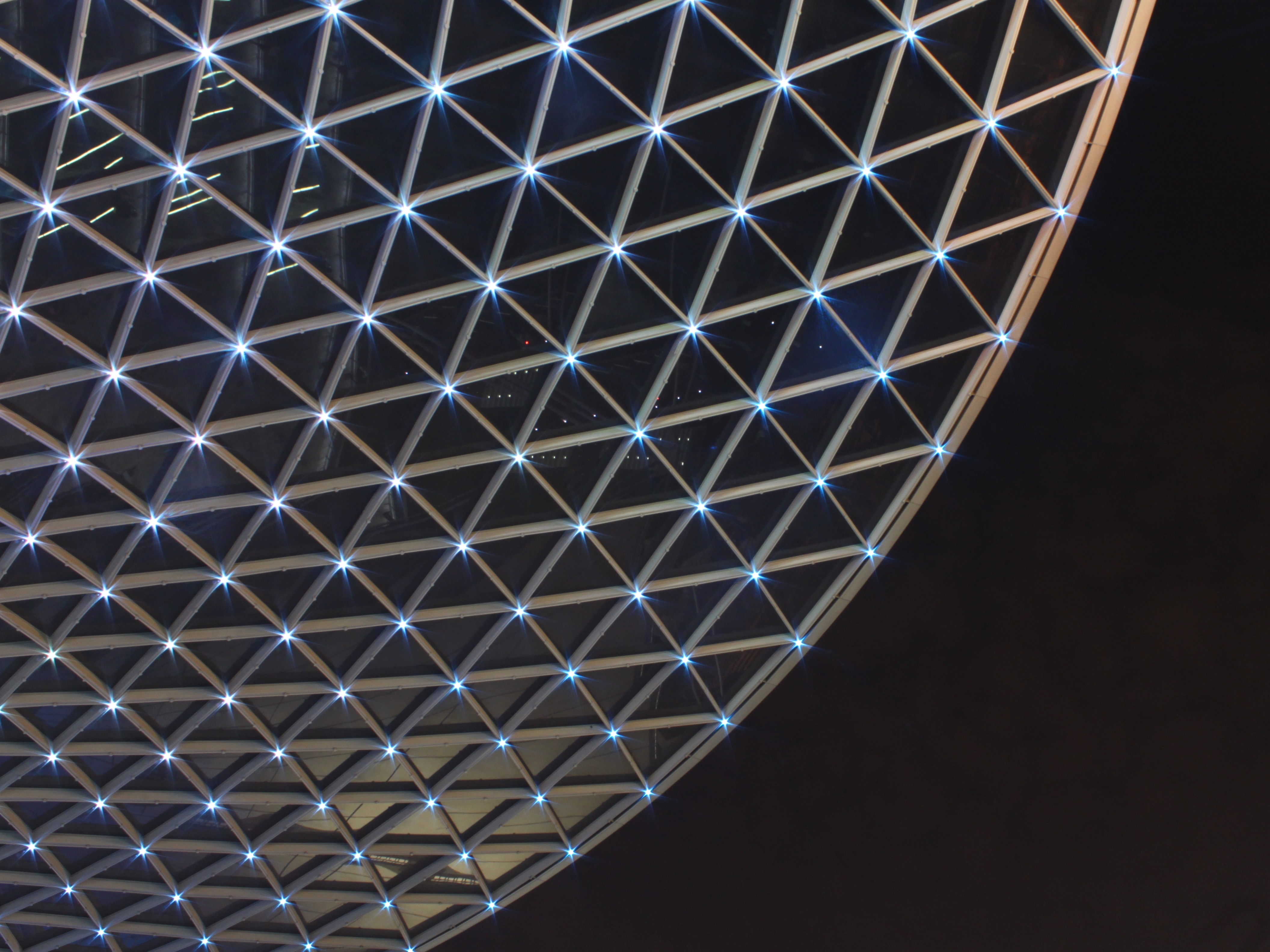 The arcs of the blockchain story are well-known today. From its origins in cryptographic innovations of the early 90s, having been taken down the road of mass adoption as a mechanism for the facilitation of transactions (see Satoshi Nakamoto’s Bitcoin whitepaper), the field was later on revolutionized by the implementation of layered smart contracts in the Ethereum platform.

Another well-known fact is that Chinese entrepreneurs have been on the crest of the wave since Bitcoin first gained traction. Beijing-based mining hardware developer Bitmain, for example, is, for sure, among the biggest winners in the fast-growing domain. The company was valued at USD 15 billion in 2018 and is now preparing an initial public offering in the United States.

Overall, the country’s startup ecosystem had aggregated enormous experience in building digital blocks before the proposal of Ethereum in 2013. Nonetheless, it took China three years to enter the ‘white-papering’ stage.

In June 2016, Alibaba’s fintech arm Ant Financial was the first among the tech giants to focus on blockchain as something worth betting on. In October the same year, the Ministry of Industry and Information Technology (MIIT) of China published its first guiding document on the new technology and its possible applications, triggering the boom in the industry and nominally ending the ‘inception’ phase. 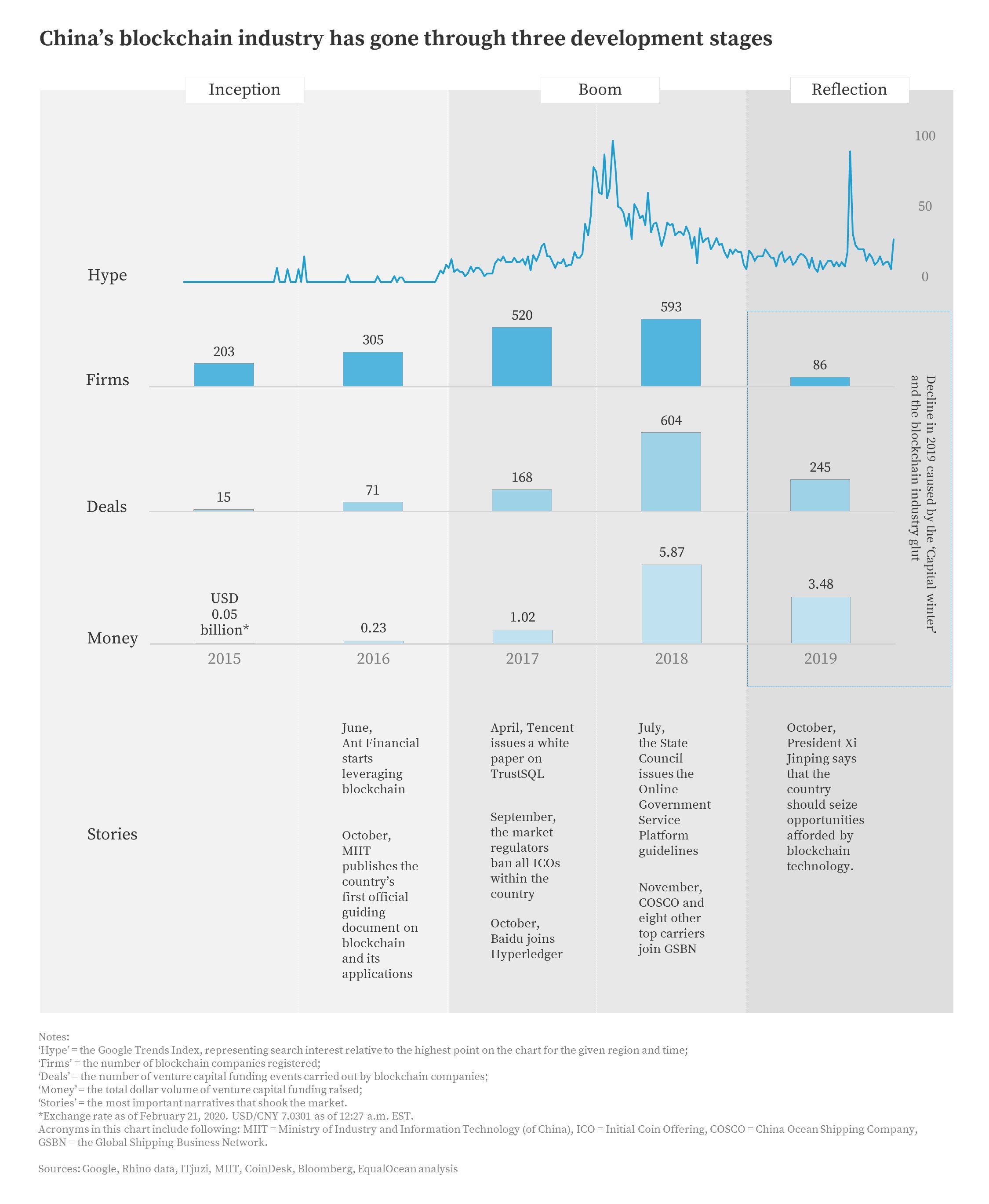 Much like that of the US, China’s tech scene is mainly a game of three sorts of players: the government, tech leviathans and (often) bootstrapped startups. The first two groups are famous for their ability to set trends and cause shifts in the local business landscape. In 2017, digital entertainment dominator Tencent (0700:HKEX) was the first large-scale corporation to publish a white paper on TrustSQL, its central blockchain project. The document has been updated twice since then (here is the 2019 version [in Chinese]).

Baidu (BIDU:NASDAQ), another prominent Chinese Internet company, invested in American peer-to-peer payment maverick Circle in 2016. In the following year, the ‘Chinese Google’ (as many used to call Baidu when it was picking up steam) joined Linux-hosted Hyperledger, which is a global open-source platform for blockchain development.

One consistent theme has been the claim that distributed ledgers will in future have a lot to say in the field of logistics; the world’s enormous transcontinental carriers certainly seem to acknowledge this. China Ocean Shipping Company (COSCO), the country’s top firm in the space, is currently developing a not-for-profit platform called the Global Shipping Business Network (GSBN), with participation from French container bigwig CMA CGM and German shipper Hapag-Lloyd, to name a few. Their alliance was announced in November 2018 at the first China International Import Expo (CIIE) in Shanghai.

In the meantime, the state, which has been curious about the new technology since the first signs of scaling-up, has, of course, put a spoke in its development. China’s willingness to embrace blockchain is a fact: the network structure promises to take the country’s security system to the next level. Tremendous progress might also be made in the financial sector, where cryptography has long been a crucial servant handling tasks like storage, transmission and transportation of capital (and value).

While the government is making overtures and tech kingpins are testing the new toy across their immense product mixes, new companies are appearing on the horizon. In 2015-2018, the period of a strong uptrend, 1,600-odd startups that claimed to be blockchain-driven were founded in China. Over the same period, the aggregated number of Venture Capital (VC) deals surpassed 850, more than 70% of which took place in 2018, with over USD 7 billion poured into the industry.

The figures are, unquestionably, impressive. However, as the old adage goes, ‘this too shall pass.’ The phase of unbridled excitement has apparently passed: if we take a look at the 2019 statistics, the annual numbers of registered companies, funding events and VC raised dropped by nearly 85%, 60% and 40% respectively. Although this slump is correlated with the big picture on the country’s startup scene, it is still hard not to be skeptical here.

In spite of a gazillion of blockchain startups claiming to be potentially disruptive in China and on a global scale, we, so far, haven’t seen any real game-changers. Theoretically, blockchain applications across diverse sectors, from logistics to e-government, abound. Practically, the decentralized networks are yet not able to create any additional value for existing business models. They are either too expensive or simply useless – or both at once.

The nascent field thereby needs new drivers of innovation as never before. And technocratic China, despite the 2019’s investment and tech disappointment, will at least try.