GigaDevice, China’s Weapon in the Global NOR Flash Battle [2/2]

With the market cap growing by 264% in 2019, the chipmaker became one of the largest in the country. Here are some insights into its business. 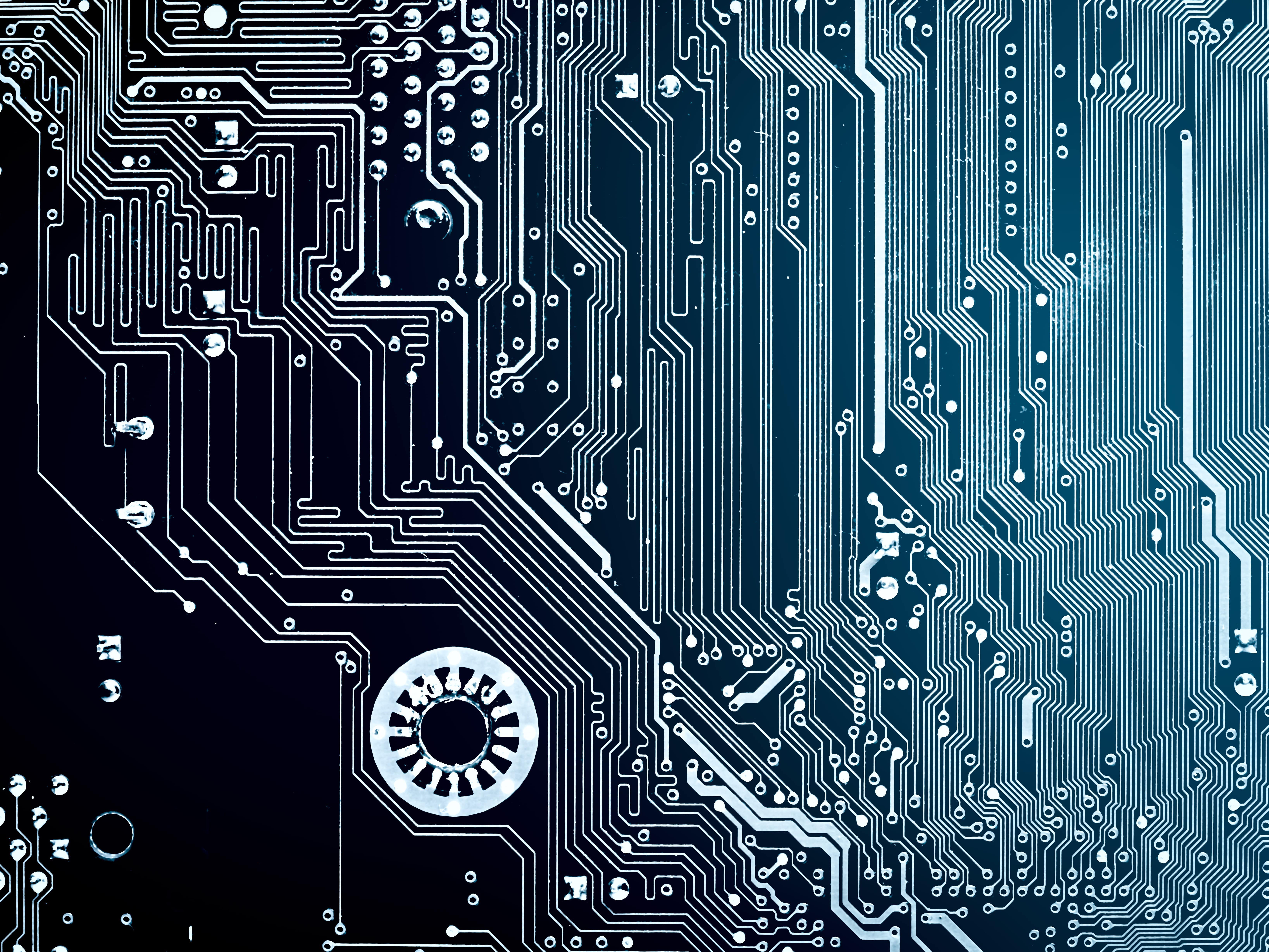 This is the second chapter of EqualOcean’s ‘two-parter’ about GigaDevice. Before you start reading this article, please check out the first part.

In the previous article, we analyzed the market performance of GigaDevice (603986:SH) and its direct competitors. We also went through the company’s history, investment records and latest attempts to widen the business scope. This chapter zeroes in on new opportunities in the NOR flash memory market, as well as GigaDevice’s business results and possible strategic moves in the near future.

The predecessor of NAND, NOR flash memory, is now living in the shadow of its successor when it comes to absolute numbers. In 2018, for instance, the main players in the segment brought home only USD 3.2 billion, making up only 0.68% of the global semiconductor market in terms of total revenue. By comparison, the world’s manufacturers sold USD 55.79 billion worth of NAND chips, accounting for nearly 12% for the world’s total microelectronic output in the same year. 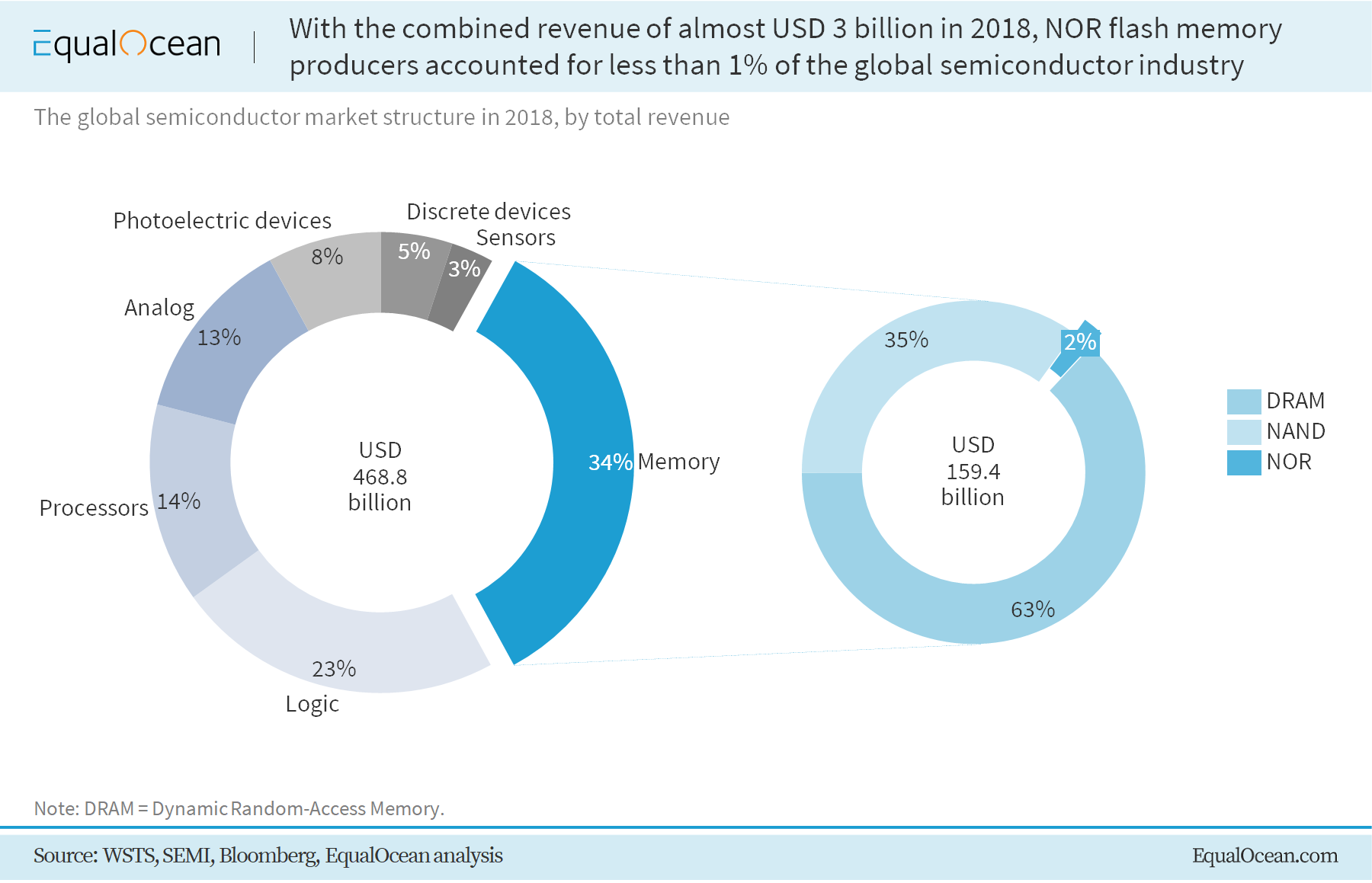 For a long time, the NOR flash market has been in decline, lacking promising applications. In many areas, it has given up the seat to the more conceptually flexible NAND memory, a market of an oligopolistic structure, comprising Samsung, Kioxia, Micron and SK Hynix, to name a few. In 2012, the former presented 3D NAND, adding a new dimension to the Moore’s-law-constrained industry and putting a spin on the nature of competition in it.

Although we, for obvious reasons, wouldn’t expect an appearance of ‘3D NOR’ or any other groundbreaking changes related to this sort of microelectronics, the ‘good old’ category has something to say in the new world order. There is a long list of emerging tech concepts projected to be game-changing across multiple industries that need reliable memory chips with low capacity and fast random read access. They need NOR flash. As the digital universe is expanding, demand for data on every edge is growing exponentially. 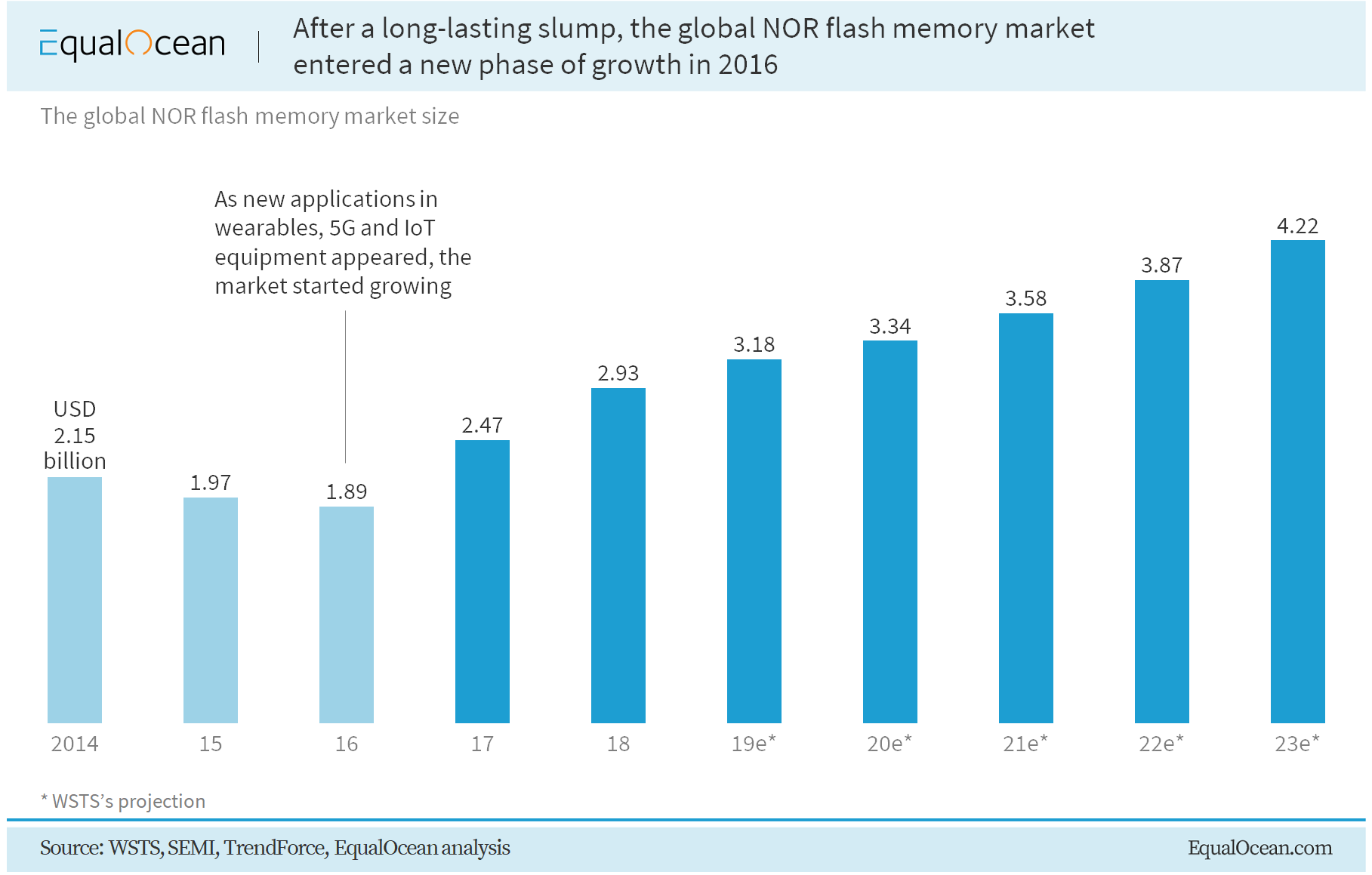 Hitherto, the most significant application of this old-hat memory type has been in Active-Matrix Organic Light-Emitting Diode (AMOLED), smart display device technology that is currently expelling Liquid Crystal Display (LCD) from the diverse world of gadgets. The market is booming, stirred by middle-end Chinese vendors that are actively leveraging the technology. Innovations like smaller notch, in-display fingerprint sensors, punch hole and pop-up cameras are driving the growth of AMOLED, per Counterpoint Research.

However, the consumer electronics sphere is undergoing some tectonic shifts these days. Handsets have already become growth laggards and are not likely to recover on a global scale (though there is a lot of room for phone brands in developing regions like Africa and Latin America). At the same time, wearables are conquering the world at a mind-boggling speed. 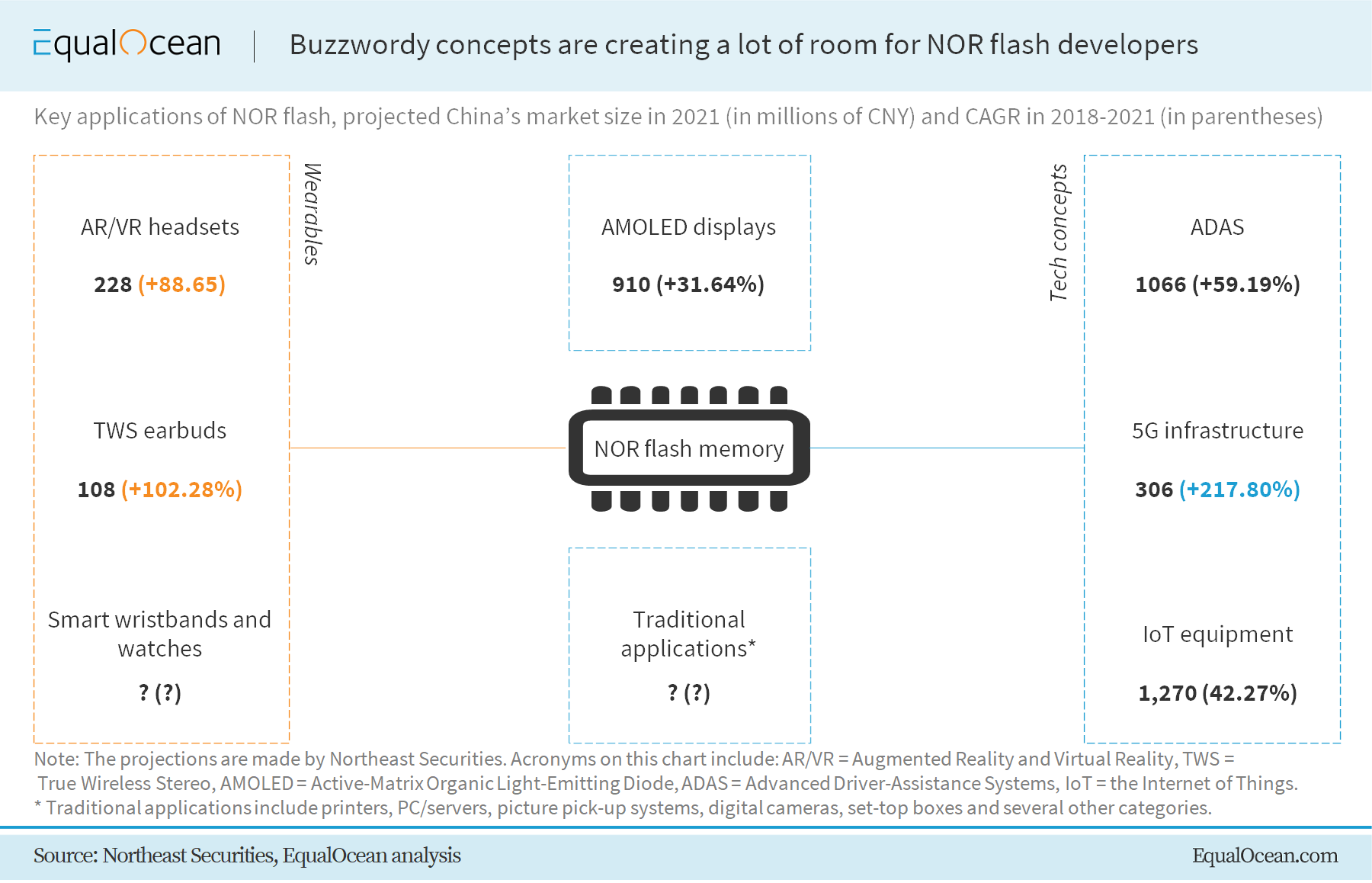 The looming planetwide connectivity will, most probably, become a primary catalyst for economic growth. No surprise here: every single device designed to bridge the physical and the digital, regardless of the degree of its complexity, must contain at least basic non-volatile memory elements. There are a couple of cautionary notes though.

Some projections seem too optimistic, especially those attributed to 5G (now, it is hard to say if the next generation of wireless technology will be massively deployed, becoming mainstream in 2020). Even the demand for AMOLED products, perhaps the most down-to-earth category on the list, is barely predictable. Nevertheless, GigaDevice, which has accumulated a whale of industry experience and is deemed to be in China’s tech avant-garde, looks able to navigate through the storm of uncertainties.

Probably the loudest story touching upon the company’s products is the one about Apple’s earbuds: you can meet this narrative in almost every report on its business prepared by Chinese securities companies.

In a nutshell, GigaDevice has provided the American giant with two 128 Mbit SPI NOR flash chips per set of AirPods 2, being its only supplier of this tiny chip. The model, in league with AirPods Pro – which also contains an essential element made by GigaDevice – saw approximately 40-45 million sets shipped in the second half of 2019. In the first six months of the new year, we expect this number to hit 80 million.

Many know that the Cupertino juggernaut is somewhat obsessed with in-house hardware. As for the natural question that pops up, the answer is obvious. The Chinese firm’s memory devices are incredibly affordable. Moreover, GigaDevice is on the right track to becoming a de facto monopolist in this narrow submarket. Let’s appeal to history.

Skyrocketing demand for NAND flash memory that started in 2007 boosted the market size. After much thought (in some cases), most of the memory chip makers jumped into the emerging segment, concentrating their capabilities around NAND. In 2010, Korean electronics emperor Samsung finally left the field of NOR flash.

There were a bunch of enormous shutdowns at that time. Not seeing much potential in the space, Micron Technology closed an 8-inch NOR production line in Singapore in 2016. A year later, Cypress Semiconductor (CY:NASDAQ) announced its withdrawal from the low-end market. As a result, the industry is forging ahead with a quasi-monopolistic structure, with fewer players involved all the time. 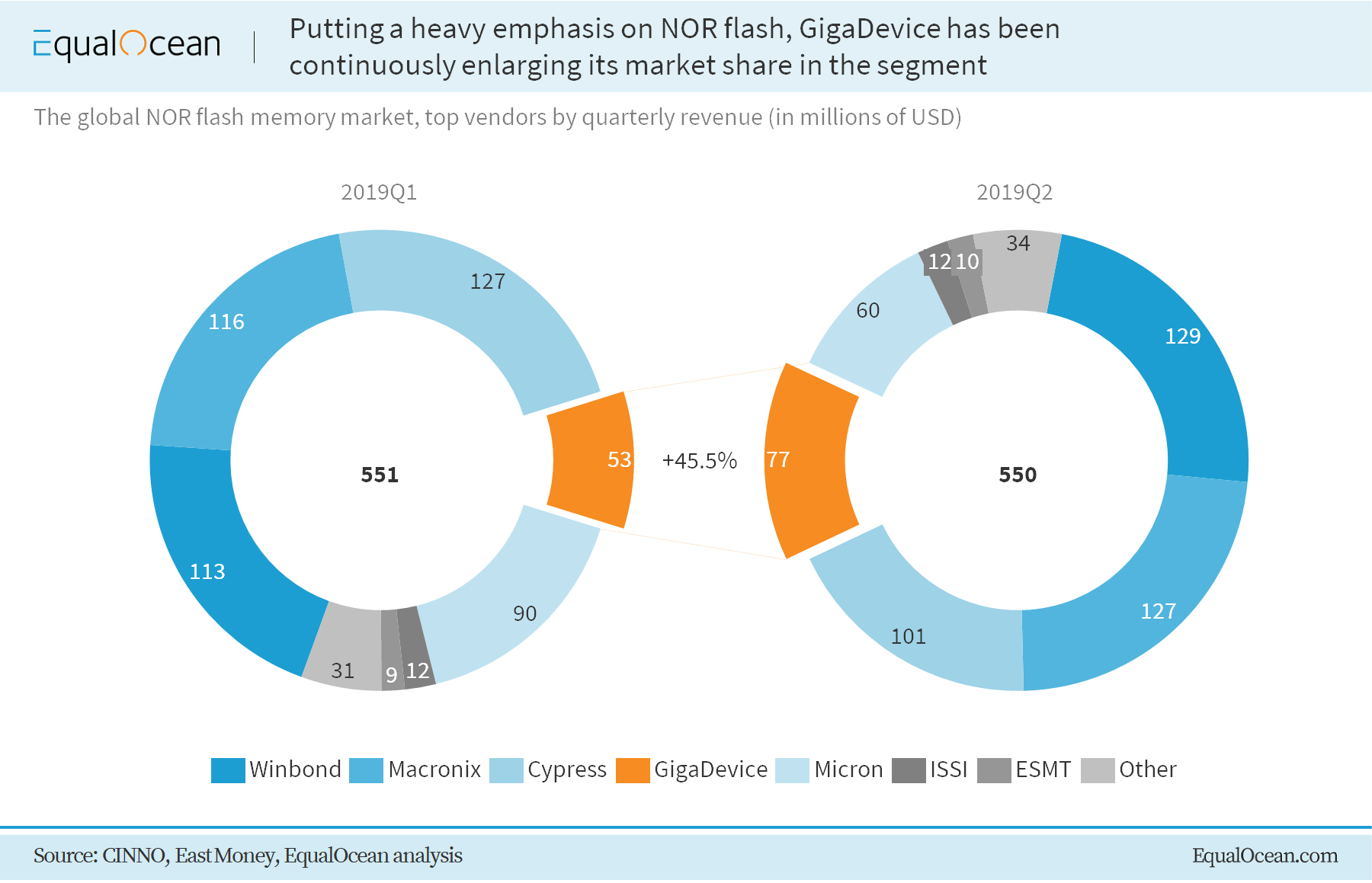 The firm’s involvement in AirPods manufacturing is important due to at least two fundamental reasons. First, it brings GigaDevice cash. In 2019, its share in the global NOR flash market grew from 9.6% in the first quarter to 13.9% in the second, then hit a record 18% in the third. In the meantime, the hearables went off like hot cakes. Second, the accumulated experience and the economy of scale might help it to win more contracts with Android-based phone brands. It is noteworthy that last year Android TWS surpassed Apple by the number of shipments.

Microcontroller units (MCUs), a relatively new business of the company, turned out to be a promising spot as well. In 2018, for example, GigaDevice received CNY 405 million (around USD 57 million) from this direction. As the core technology is maturing and the customer base is expanding, it is projected to get a major boost in the next few years.

The epidemic has become a growth driver here too: the chipmaker has reportedly started (in Chinese) making MCUs for temperature guns. We estimate that GigaDevice sold nearly CNY 60 million (USD 8.43 million) worth of microcontrollers in 2019 and is likely to double this figure in 2020. 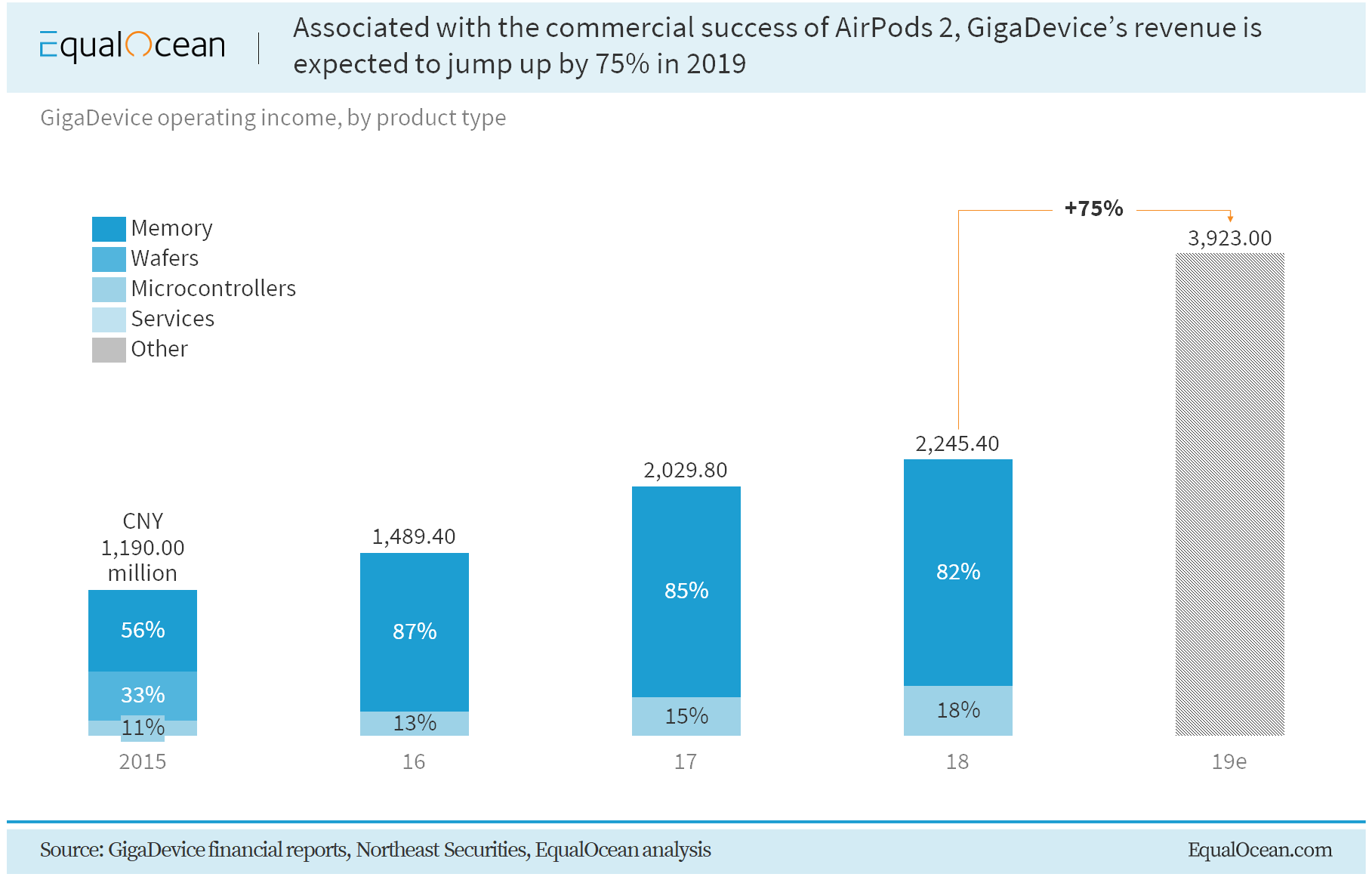 GigaDevice is expected to announce its annual 2019 results on March 27. While last year’s earbud boom stands an excellent chance to force its revenue up, concerns abound about how things can unfold in 2020.