The most valuable AI unicorn in the world SenseTime is struggling to monetize its products, just like many other AI startups. Now, it is on the lonely struggle to be listed. 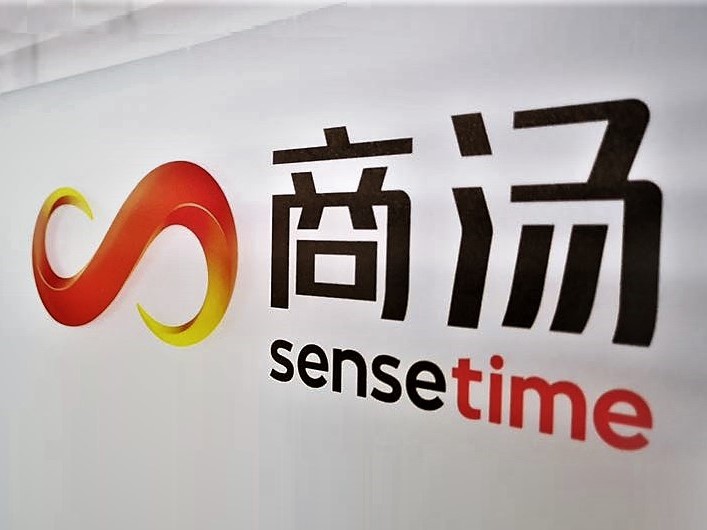 Source – Nikkei Asian Review (March 18). SenseTime (商汤科技) suspended its IPO plan on the Hong Kong Exchange. Instead, it would seek a new USD 1 billion financing series. Established in 2014, SenseTime, or say VCs, has made itself the most valuable AI company in the world valuing at USD 7.5 billion.

SenseTime has raised nine rounds of financing, making a total of USD 3 billion. The latest financing series created a record in the industry, USD 1 billion for a single round. Many investors are big names in corporate funds and VC funds such as Qualcomm, Alibaba, Softbank, Tiger Global, IDG Capital, etc. It has witnessed the maniac AI investment time and now the No.1 AI unicorn is questioned for its over-inflated AI valuation.

After six years of operation, SenseTime has been rumored for times of going public. While it remains private, another AI unicorn, Megvii (旷视科技) launched its IPO in 2019 with hurdles and tumbles: after passing the second hearing in Hong Kong Exchange, Megvii deferred ringing the opening bell due to the COVID-19 outbreak, which may cause its IPO application to expire. So far, China’s ‘Four CV (computer vision) Dragons’ – SenseTime, Yitu (依图科技), Megvii and CloudWalk (云从科技) – are staying private. Apart from Megvii, each of their IPO timetables is yet to be clarified.

The year of 2018 marked the craziest AI investment period. Many dollars flushed into the sector and lifted up AI startups’ valuations – AI unicorn companies appeared one after another with hundred-million level VC investments. Among them, SenseTime became the ‘shining pearl’ after it was given the highest valuation, and also the highest deal value recorded, the USD 1 billion Series D funding from SoftBank China. 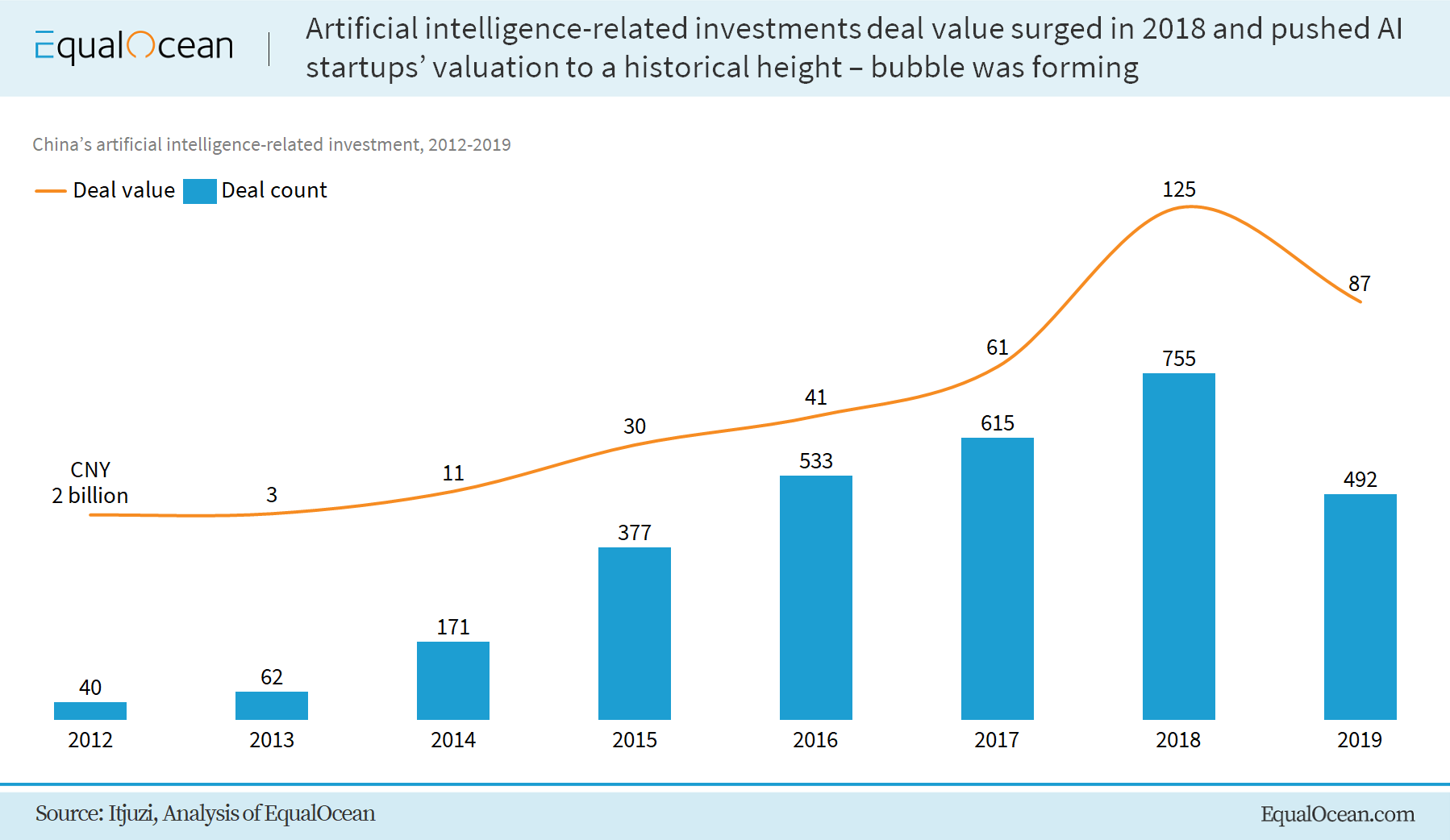 Not only in the AI sector, China’s VC investment heat across the board has been cooling after the peak in 2018. VC development requires a financial market that can provide as many exits as possible and a healthy and stable environment for startups to grow and scale. In 2019 we witnessed exacerbating global trade tensions between China and other countries: we saw certain of China’s companies pause infrastructure projects, watched fluctuating (most of the time increasing) tariffs on both sides between China and the United States, the creation of the US commerce blacklist, and so on.

Chaos is stirring in the background, and some global investors like Tiger Global, are shifting their focus to other regions like India and Southeast Asia. Singapore’s AI companies received general investments from VC investors last year, and among these companies, Advance.AI was funded the most, landing USD 80 million in its Series C financing.

What is SenseTime doing? 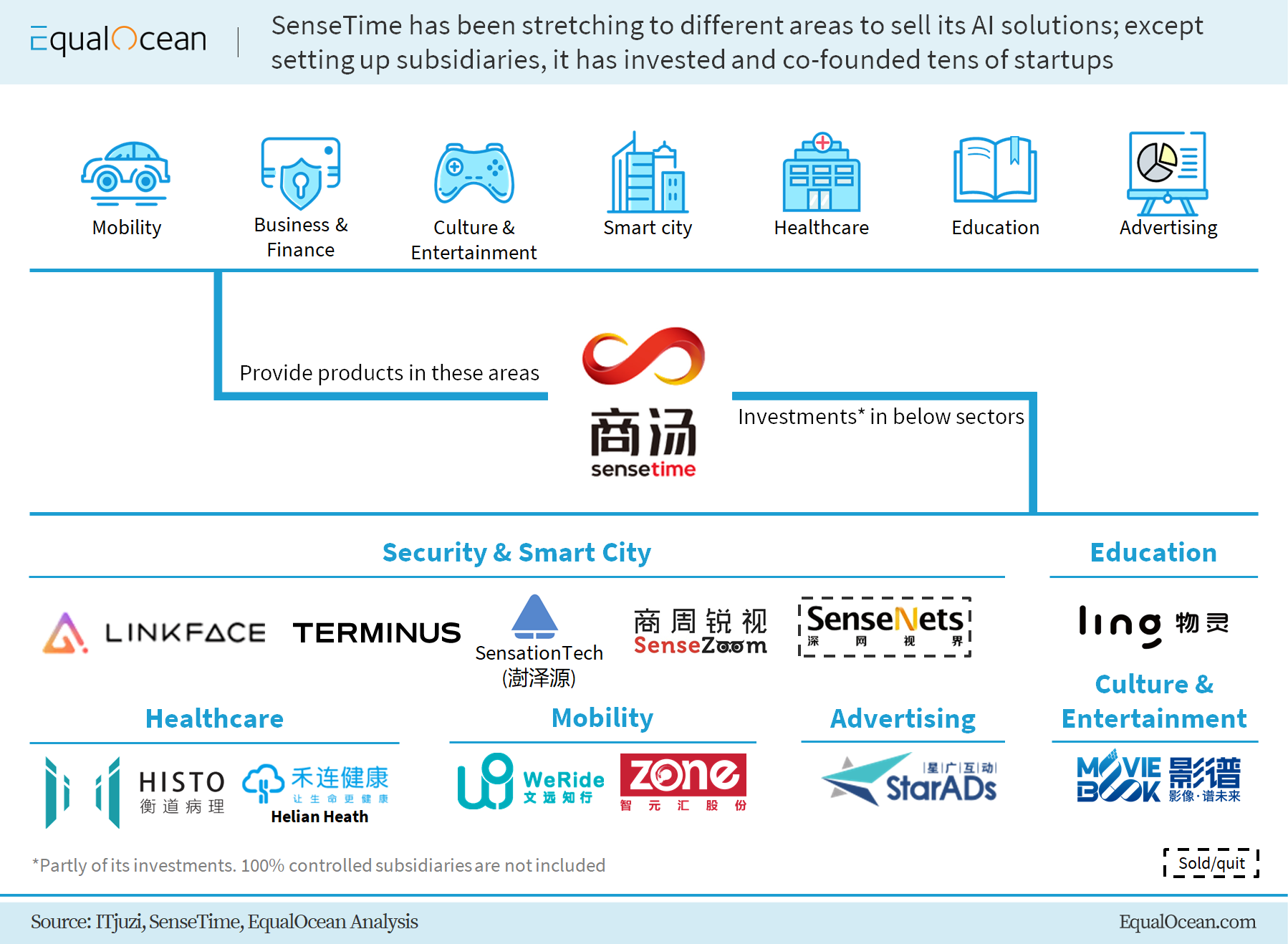 Backed up by billions of dollars, SenseTime founded its own corporate fund to invest in AI startups and in the meantime, according to Tianyancha’s record, it has founded tens of AI companies with support from regional governments. SenseTime has cooperated with provincial and civil education departments to advance AI + Education mode. As early as late 2018, the Qingdao government signed an MOU with SenseTime to promote AI education, and starting from September 2019, Qingdao launched the AI courses in K12 education with over 20,000 students involved.

As reported by Reuters, SenseTime expected USD 750 million for its 2019 revenue and we have sufficient reason to believe that major clients of SenseTime are from the government side. Excepting education, SenseTime’s revenue mainly depends on security-related products and services. Under the rising concept of the ‘Smart City,’ SenseTime has cooperated with nearly 100 cities in China to support their upgrading projects. However, the ticket price to be a Smart City partner is never zero.

In 2017, SenseTime signed an MOU with the Shanghai government, mentioning that the AI unicorn would invest no less than CNY 5 billion (USD 700 million) within five years, whereas expected revenue for 2019 was USD 750 million. The billion-level investment deal for a three-year-old startup has a different meaning: a deal for a deal. SenseTime soon founded its Shanghai branches and pushed AI-related projects with support from the top.

We can expect similar cases when it cooperates with some of the other regional governments. How many deals or contracts can a CNY 5 billion investment bring back to SenseTime? How about several CNY 5 billion investments? By looking at SenseTime’s current performance, its investors are not able to profit from revenue earnings – but surely can be well paid by successor investors as the valuation is pumped.

Indeed, security and Smart City are critical for SenseTime at this stage and they contribute significantly to the revenue. The company has been seeking non-government side opportunities. Smartphone OEMs are one of the targets. AI companies provide facial recognition solutions for smartphones and the business seems to be promising: yearly global smartphone shipment exceeded 1 billion units for the past five years. The cooperation was a good deal until smartphone OEMs began setting up their own teams to develop facial recognition solutions and other computer vision functions.

Hardware manufacturers with AI teams will be a headwind for ‘soft’ AI companies on their way to commercialization. Along with the fierce competition, public concerns about data security also shadow the way ahead. SenseNet (深网视界) was a company invested in by SenseTime. A data leakage scandal occurred in 2019 and destroyed the company’s reputation. SenseTime swiftly got rid of the company. Besides SenseNet, SenseTime also sold all its shares in Tangli Technologies (汤力科技) and reduced investments from co-founded companies to get slimmer.

Starting from CV, SenseTime has developed its business in many areas, including but not limited to fintech, mobility, healthcare, education and advertising. At the early stage, we can see a clear pattern in China’s ‘Four CV Dragons:’  SenseTime focused on public security, Yitu was famed for its efforts in healthcare, Megvii worked on facial recognition and CloudWalk pioneered in fintech. Now, they have all expanded to multiple areas and their product mix is transformed from vertical focus to fuller coverage.

Expansions are on the way. For SenseTime, 2019 is a year for attempts in education and smart cities. The most valuable AI unicorn does not have a clear timetable for its IPO. As Megvii has valuing0 tumbling on the winding IPO track since mid-2019, SenseTime has remained private. The overinflated valuation problem makes all AI companies into embarrassments before they can truly stand on their own feet. In this sector, companies’ profitability issues concern most public investors, who care less about passionate stories but emphasize more real financial statistics. When the current ‘Black Swan’, COVID-19, hit all industries worldwide, investors became even more cautious and conservative. Raising money in either the private market or public will be more difficult than before.

Many of Masayoshi Son's portfolio companies such as WeWork, valuing1 and others are in turmoil –  returns below expectations or holding on their last breath. SoftBank's used-to-be-shining tech startup portfolio is dimmer than ever. Meanwhile, SoftBank-invested SenseTime’s IPO will not be anytime soon given an environment of declining market confidence and a global economic recession – SoftBank’s ‘curse’ arising from its portfolio companies’ IPO tracks continues.