Why Is There No AI Unicorn Like SenseTime in the US?

Startups like SenseTime that act as full-stack AI platforms for various industries are less likely to be recognized in the US because of the more developed and realistic venture capital market. 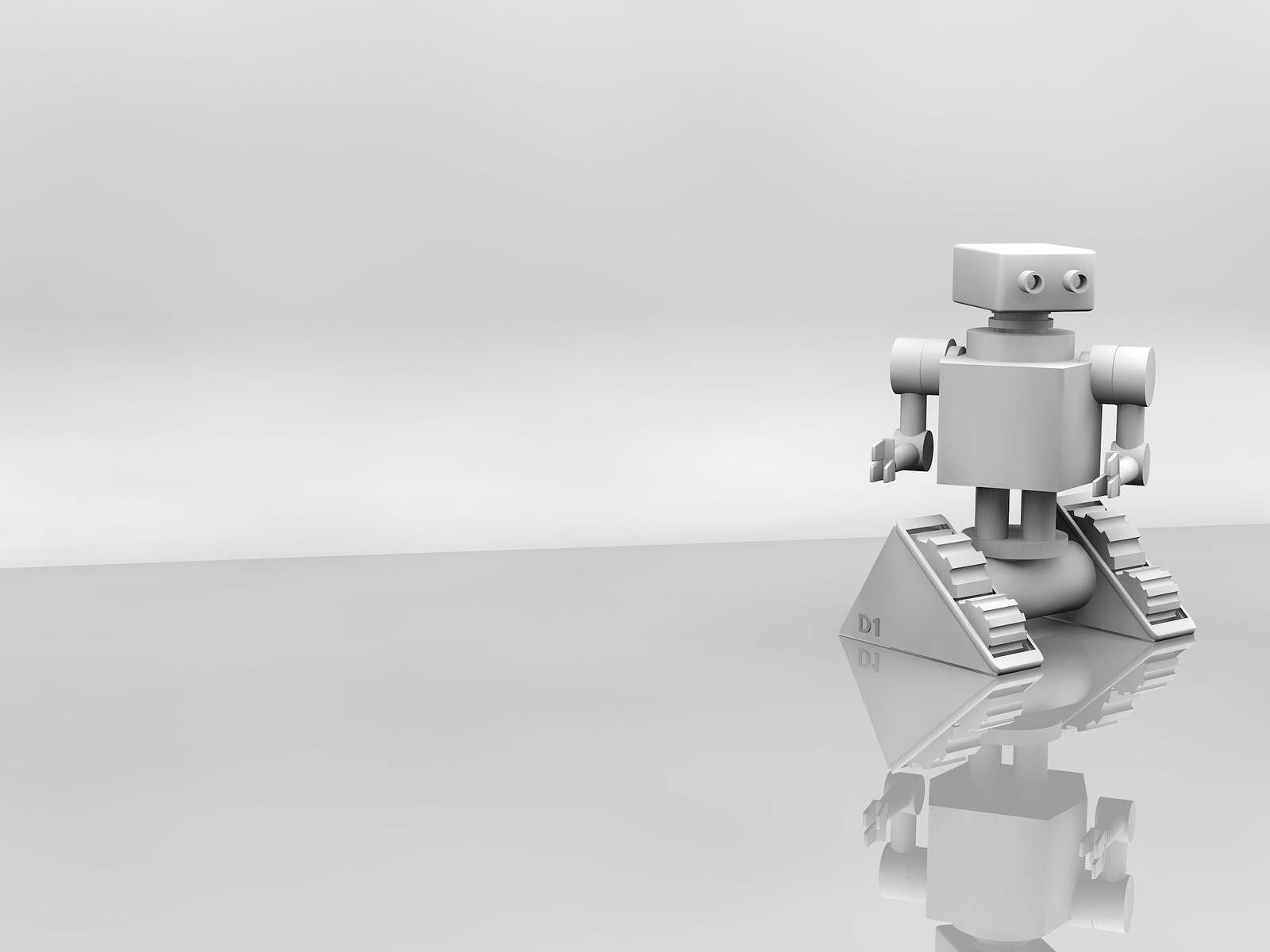 SenseTime, a Chinese AI startup established in 2014, has claimed (via their CEO Li Xu) to have a post-money valuation of USD 70 million, after an investment of USD 1 Billion from SoftBank. As an AI algorithm provider, it developed Computer Vision (CV) technology for multiple industries, including autonomous vehicles, security and fintech, after becoming famous for facial recognition when it was established.

CB insights released a list of the most valuable AI unicorns around the world and evaluated SenseTime at USD 4.5 billion in 2019. There was only one US company – Tanium – that had a higher valuation (USD 6.5 billion). Unlike SenseTime, which acts as an AI algorithm provider serving customers from various industries, each US unicorn with valuation higher than USD 3 billion has a specific focus on one application area.

So why is there no full-stack AI platform unicorn like SenseTime – a company that offers commercially applied AI algorithms for players in a wide range of emerging industries – in the US?

Since its founding as an AI facial recognition algorithm specialist, SenseTime has become known for its professionalism in AI technology research.

With a founding team from world famous universities including MIT, Tsinghua University, and CUHK, SenseTime has become one of the most prolific institutes regarding paper publishing in top AI conferences, including CVPR and ICCV. SenseTime also shaped its public image by various types of connection with Universities and industrial giants, including establishing AI labs, building academic alliances, and making technology commercialization collaborations. 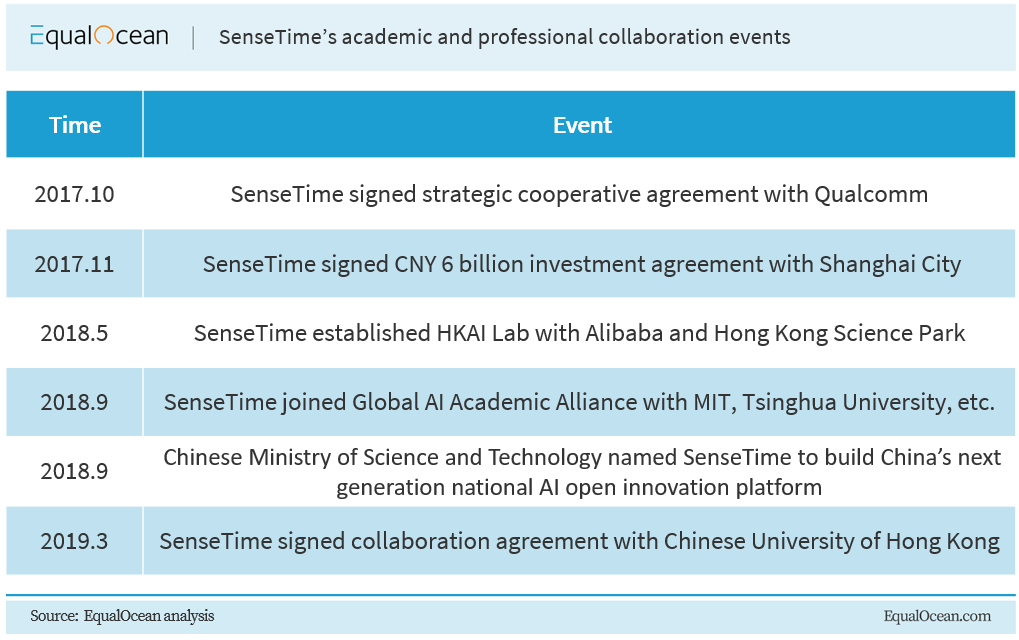 SenseTime is the prototype of startups that rode the AI wave in China since 2015. Propelled by Beijing AI-related industries have developed at a rapid speed, bringing a list of AI technology companies to public attention. SenseTime, along with similar companies like MEGVII and YITU, has been chased by hot money since then.

In September 2018, SenseTime was asked to build China’s next generation national AI open innovation platform. Analysts view it as the symbol of entrance into the Chinese ‘National Team’ along with tech giants Alibaba, Tencent, Baidu, and iFLYTEK. 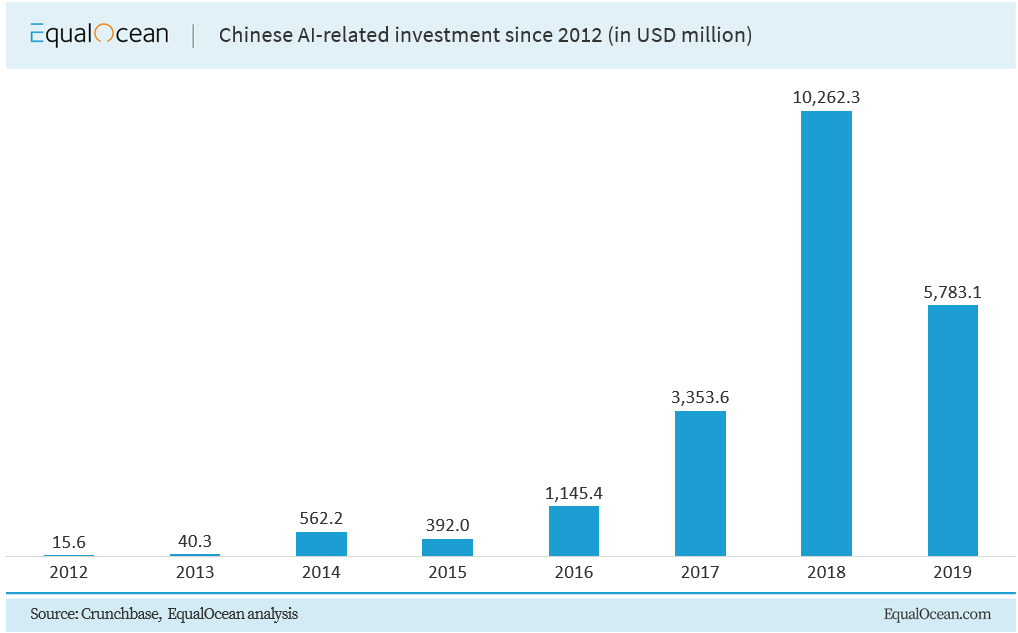 With ample funding and attention from the public and government, SenseTime then extended its service to more general CV fields, including large-scale video data understanding/mining and image processing /augmentation, for a wide range of industries like public security, autonomous vehicle and healthcare.

SenseTime is facing more challenges as the commercialization of AI technology moves further. As it enters simultaneously into several industries, it inevitably competes with industrial giants, which have also developed related AI technologies over the years. In the public security industry, as SenseTime’s recent focused area, wherein AI technology is considered to have the most support from local governments, SenseTime is struggling to compete with Hikvision, the largest surveillance system provider in China and globally, which also has an applied AI technology accumulation (details for Hikvision and Chinese security industry).

Picture of US AI unicorns

AI startups, although also very popular in the US, have little chance to become unicorns without deep application of AI technology in a fixed industry. Comparing top AI startups in Silicon Valley and New York, the Bay Area AI startups generally have higher valuations because of their potential to apply cutting-edge technology to emerging industries. AI unicorns in the US generally have a clear focus on autonomous vehicles, biotech, enterprise services, etc.

Startups like SenseTime that act as full-stack AI platforms for various industries are less likely to be recognized in the US because of the more developed and realistic venture capital market.

With a developed finance system, venture capital investments in the US are now distributed in a few areas with concentrated emerging industries, such as Silicon Valley. The more realistic investors require target companies to provide proven approaches to their ideas instead of arbitraging from hot concepts. So, AI startups betting on single industry and digging deeper are typically more favored.

The Chinese venture capital market is, on the contrary, on the move, developing fast with ready investment money. Following the economy, cutting edge technologies with the potential to improve social efficiency are always treasured by the public and government. The undoubted benefit of AI technology to Chinese society, which is still not fully developed, is the real support backing SenseTime’s USD 3 billion historical funding.

Dilemma of the Chinese AI unicorn

The latest news has come out that SenseTime will not seek IPO opportunities in the near future on the Hong Kong Exchanges and is looking for PE financing instead (more details). This indicates that SenseTime is less confident in attracting global secondary market investors compared with venture capitalists.

Meanwhile, Chinese venture capitalists in the AI sector are also getting realistic after witnessing the volatile investment market after 2018. The investors of SenseTime are mostly top long-term players with ample funding that aim to gain from the appreciation of SenseTime’s market value following the twisted but upgoing AI sector.

It does not mean that investors are careless in SenseTime’s commercialization. SenseTime is now under the pressure of profitability, which can be seen from its recent focus in the Chinese government-led public security industry – a sector that is promising, but highly competitive.

SenseTime seems to be in such a dilemma. On the one hand, commercialization requires it to first be rooted in one profitable industry, and government-led industries are the best choice in Chinese market due to Beijing’s firm support for AI; on the other hand, the public image of the Chinese AI algorithm unicorn stops it from fully turning to these industries as it is considered not transparent and not ‘high-tech’ by the mainstream capital market.

SenseTime’s effort to enter most other industries is paying back slowly. The ToC market is monopolized by Internet giants like Alibaba, Baidu and Bytedance, as they have massive customer data and also the ambition to develop their own AI technology. Most ToB markets in China like automobile, smartphone and finance are also hard to penetrate, since the industrial oligarchs started to bet on similar technology even before the recent AI wave.

There is still a long way to go before SenseTime finally becomes a full-stack AI platform that has deep cooperation with players in various industries. As an AI research startup, SenseTime is inevitably facing barriers when entering new markets. Maybe learning from its US peers and labelling itself as a specialist in a smaller industrial sector is a better choice, at least in the near future.