In less than five years of its establishment, Commsat Technology has raised nearly CNY 500 million. 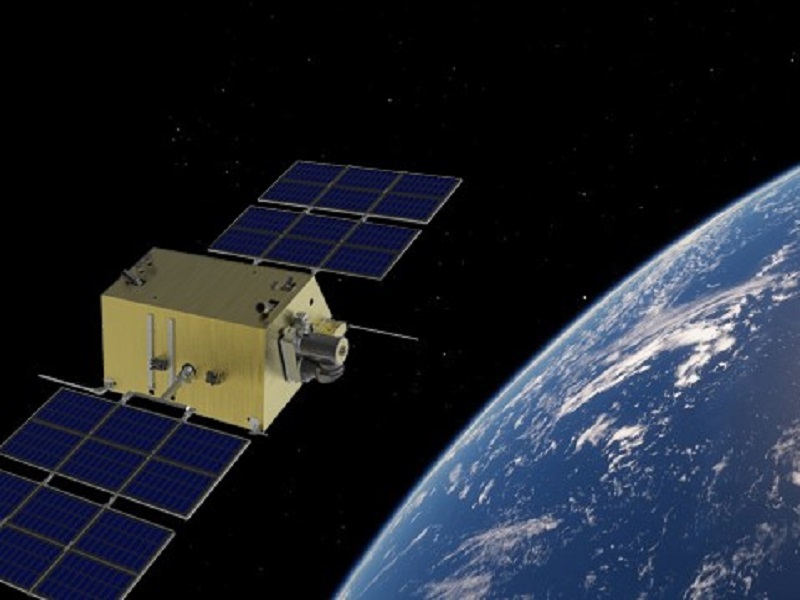 Commsat Technology announced that it has raised CNY 270 million in a Series B round of financing, jointly led by AVIC Capital and Beijing Guofu Capital.

This investment is the largest single investment so-far in China's commercial satellite sector during the pandemic. Commsat Technology said it will use this capital to bankroll the Internet satellite platforms and load automation production lines in Tangshan and Yibin, while strengthening the R&D capabilities of broadband communication systems and accelerating the production of ground terminal products. 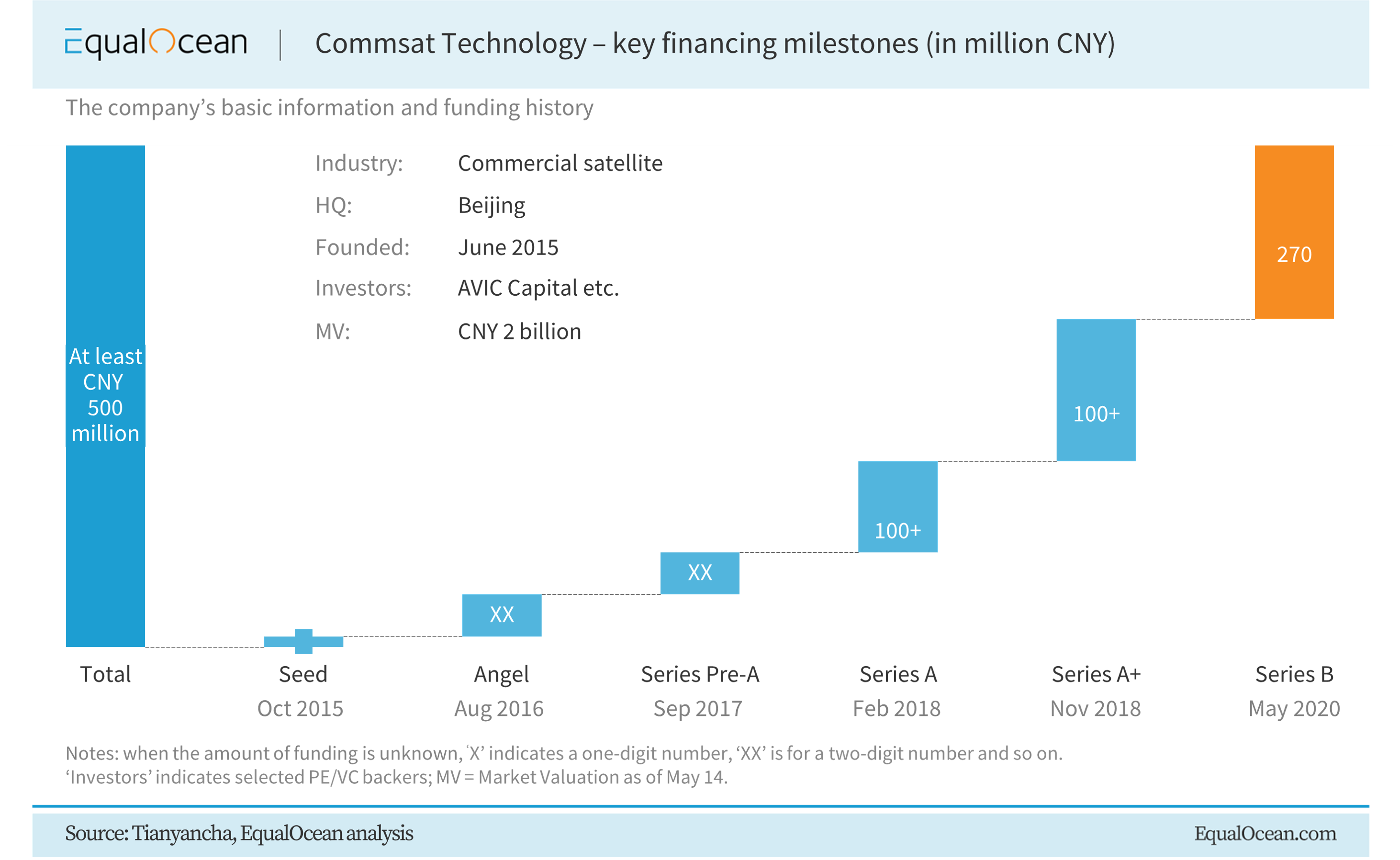 The Satellite Internet was included in the ‘new infrastructure’ category

Recently, the National Development and Reform Commission clarified the scope of ‘new infrastructure.’ Satellite Internet was included for the first time, and it was listed as a communication network infrastructure together with 5G, Internet of Things, and Industrial Internet. Studies have shown that, even in the 5G era, more than 80% of the land and more than 95% of the ocean area cannot access the mobile network. To truly realize the interconnection of all things, the satellite Internet covering the world is indispensable.

“Pushed by the ‘new infrastructure’ policy, the domestic Satellite Internet market is expected to bloom in the next three to five years. The mass production of communication satellites over 100 kilograms will become a rigid demand, and the ground terminal application market is poised to take off,” according to Xie Tao, founder and CEO of Commsat Technology.

According to the Satellite Industry Association (SIA), the total global satellite revenue reached USD 277 million, and satellite service accounted for 34.8% of it. 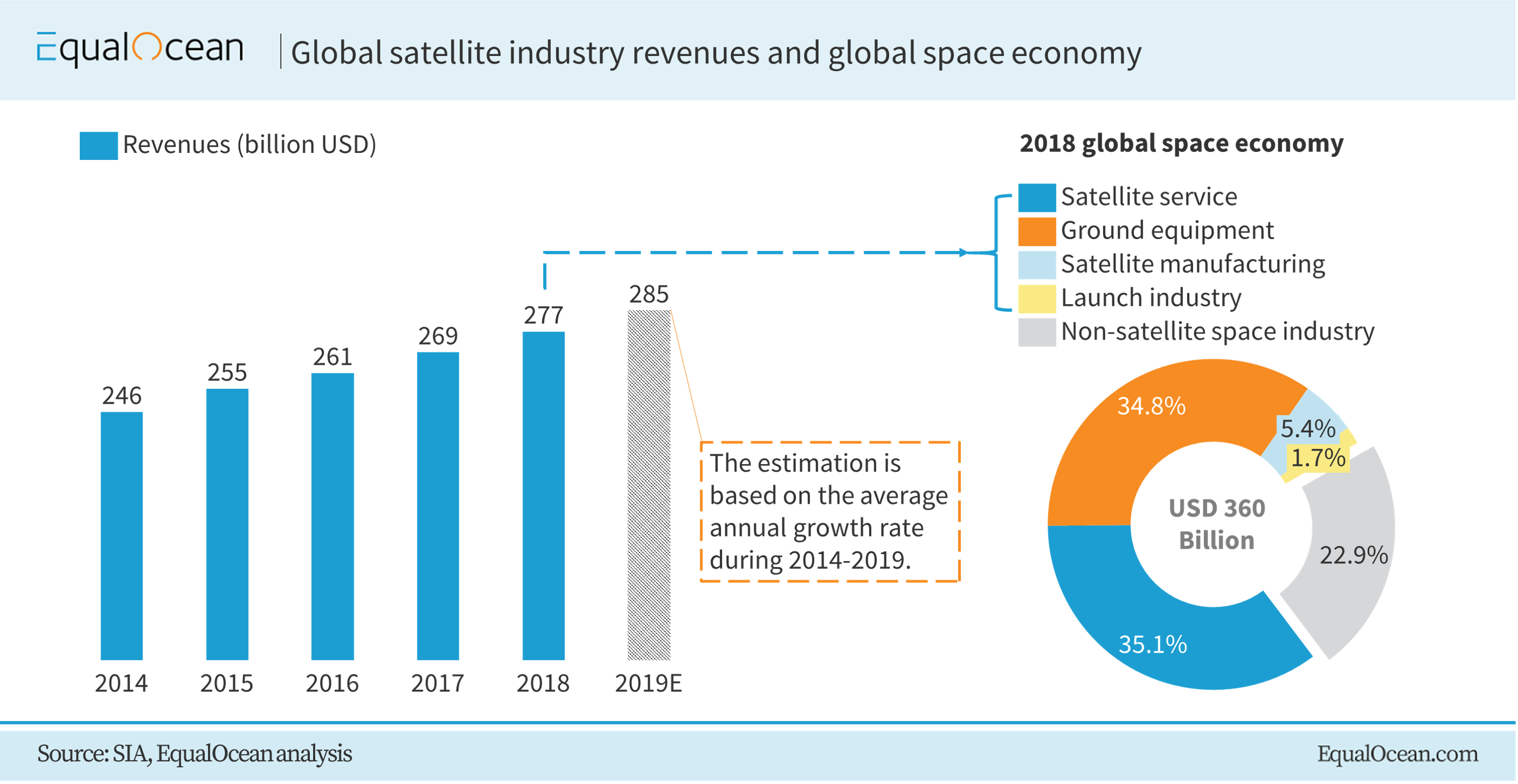 As of the end of 2019, the number of satellites in orbit around the world was 2,218. It is expected that the number will expand by 10 times in the next decade. The increase will mainly be contributed by low earth orbit communication satellites. With the disruptive innovation in satellite design, SpaceX launched 60 Starlink satellites with one rocket in May 2019. Elon Musk said it wouldn’t surprise him to see SpaceX launch 1,000 to 2,000 Starlink satellites a year using its Falcon family of launchers.

Commsat Technology was founded in June 2015 and is certified as both National High-tech Zhongguancun High-tech Enterprise. With subsidiaries in Shanghai and Chengdu, Commsat Technology has about 180 skilled employees, including people previously working for CAST, CAS, China Mobile, Huawei and other high-tech enterprises, with experience in satellite systems, telecommunications and Internet of Things.

In satellite development, Commsat Technology is the first privately-owned space company to independently design a platform with a high-precision attitude control system for a 100kg class satellite. This, along with other key technologies, has enabled Commsat Technology to develop a low-cost satellite constellation. Commsat Technology has to date successfully launched 8 small satellites so far, with several others currently under development for commercial communication use.