The Road May Be Long, but iSpace Knows to Keep Moving

As a latecomer in the game of satellite launch vehicles, iSpace is trying to establish its unique strengths by concentrating on a fresh market and unprecedented demand. 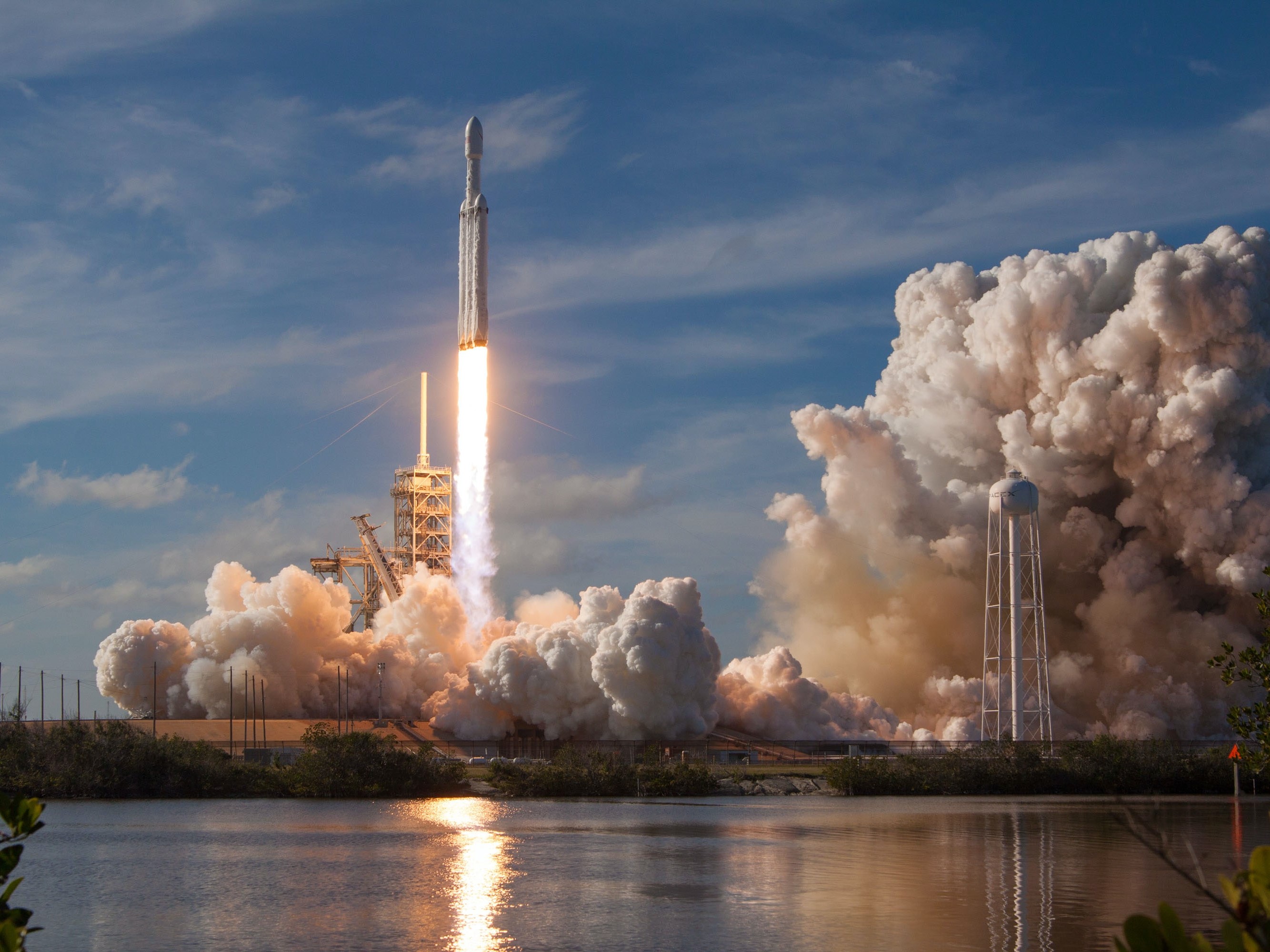 ► China’s spaceflight industry started in 2016 when favorable policies were first applied – and the revenue is expected to reach CNY 7.4 billion in 2025.
► While iSpace is still way behind world-leading companies like SpaceX on the commercialization of high-capacity launch vehicles, it has managed to make a name for itself by focusing on the small satellite launch market.

In China, spaceflight has long been considered as a game only for the authorities – until four years ago, when the State Administration of Science, Technology and Industry for National Defense (SASTIND) released a series of policies promoting the integration of military and civilian space initiatives. This encouraged private capital to participate in national aerospace infrastructure for the first time. In the same exact year, iSpace joined the game and quickly came up with a clear strategy with which to play.

With the emergence of new technologies like 5G and the upgrading of downstream applications like autonomous driving, a network unbounded by ground infrastructure limitations is set to become a place of rising demand. In 2015, SpaceX, the giant launch vehicle manufacturer, released the Starlink program, which is due to deploy 12,000 satellites within five years, starting from 2019, to complete a network that far surpasses that of traditional satellite Internet. Since then, 25 satellite constellation programs have been proposed worldwide by giant companies or national organizations, 13 among which are from China, with nearly 3,000 communication small satellites ready to be launched.

According to the Federal Aviation Administration (FAA), the Chinese launch vehicle industry gained a USD 1.6 billion revenue in 2018. The nascent demand for small satellite constellation programs is estimated to bring a considerable increase to revenue in the following years. Based on the specifications of SpaceX’s Falcon 9 rocket: 1) a single launch costs USD 62 million, 2) up to 60 satellites can be launched in a single mission, 3) the performance period is seven years. We assume that China’s small satellite constellation programs will bring a USD 0.5 billion’s incremental market per year for the next seven years. The market size will reach USD 7.37 billion in 2025, growing at a 24.4% CAGR from 2018. 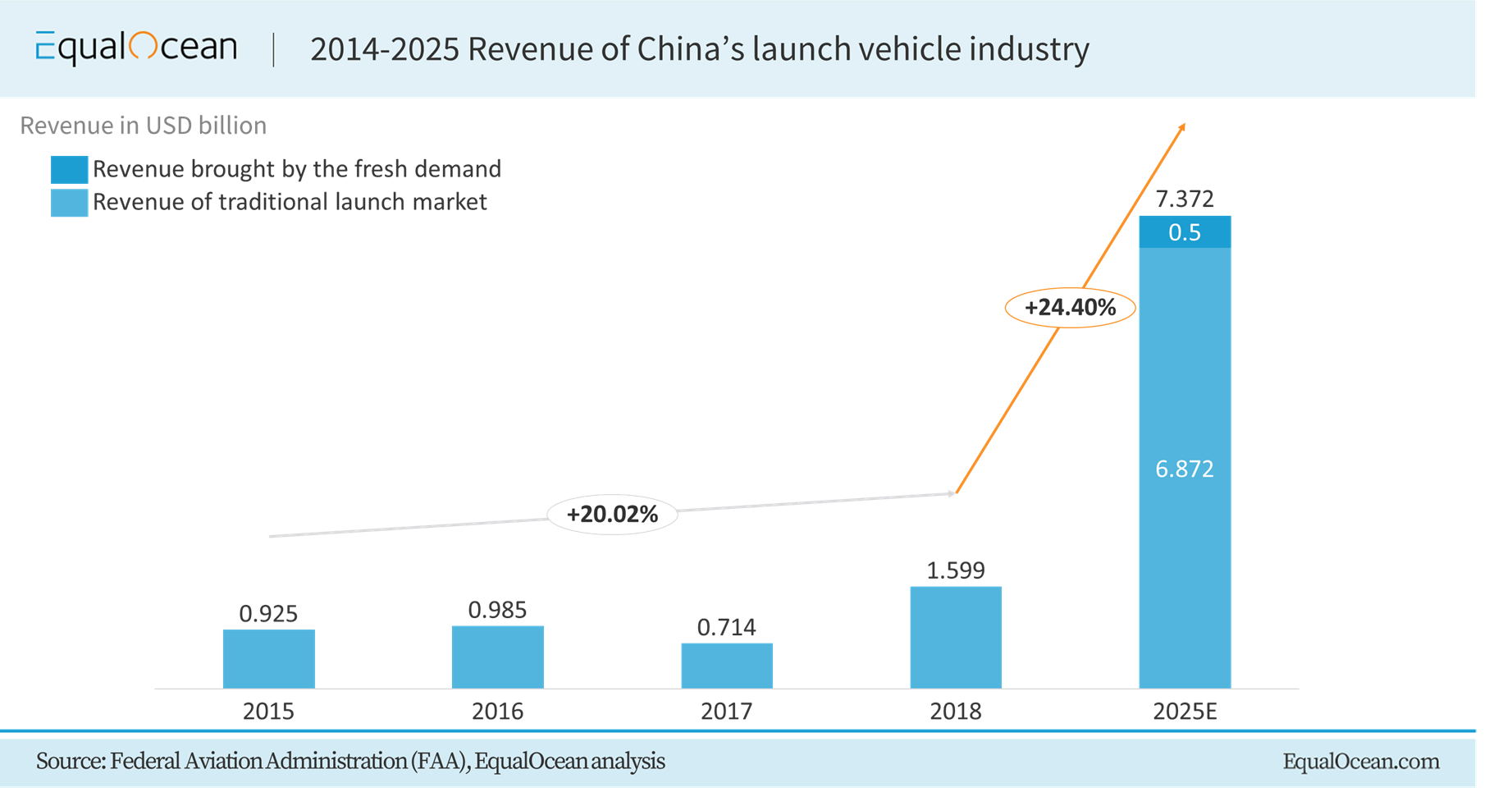 Having noticed the demand, iSpace decided to go the other way, by developing small-capacity launch vehicles with stronger thrust while most of its competitors are working on adding the payload to their launch vehicles. Currently, there are two mainstream propellants for commercial launch vehicles, solid fuel and liquid fuel. Compared to solid-fuel vehicles, liquid-fuel engines have stronger thrust, which means they can carry larger vehicles and more satellites in a single mission. But technically, liquid-fuel vehicles are trickier than solid-fuel ones, which is why most Chinese players choose to start with the latter. iSpace was not an exception. With a team of former employees of state-owned rocket research institutions, the company soon took the lead on the track. As of now, iSpace is the only Chinese private company to launch a solid-fuel rocket into sub-orbit successfully. Later on, the company didn’t work on higher-payload vehicles as its competitors do; instead, it chose to go small and go cheap. The company moved to make a small-capacity liquid-fuel reusable launch vehicle, which can load enough amount of small satellites with a much lower launch price per satellite. At the end of last month, the company became the first Chinese private company to successfully complete two ground tests of its liquid-fuel engine, which makes it ahead of its peers, who are dedicated to build big rockets. 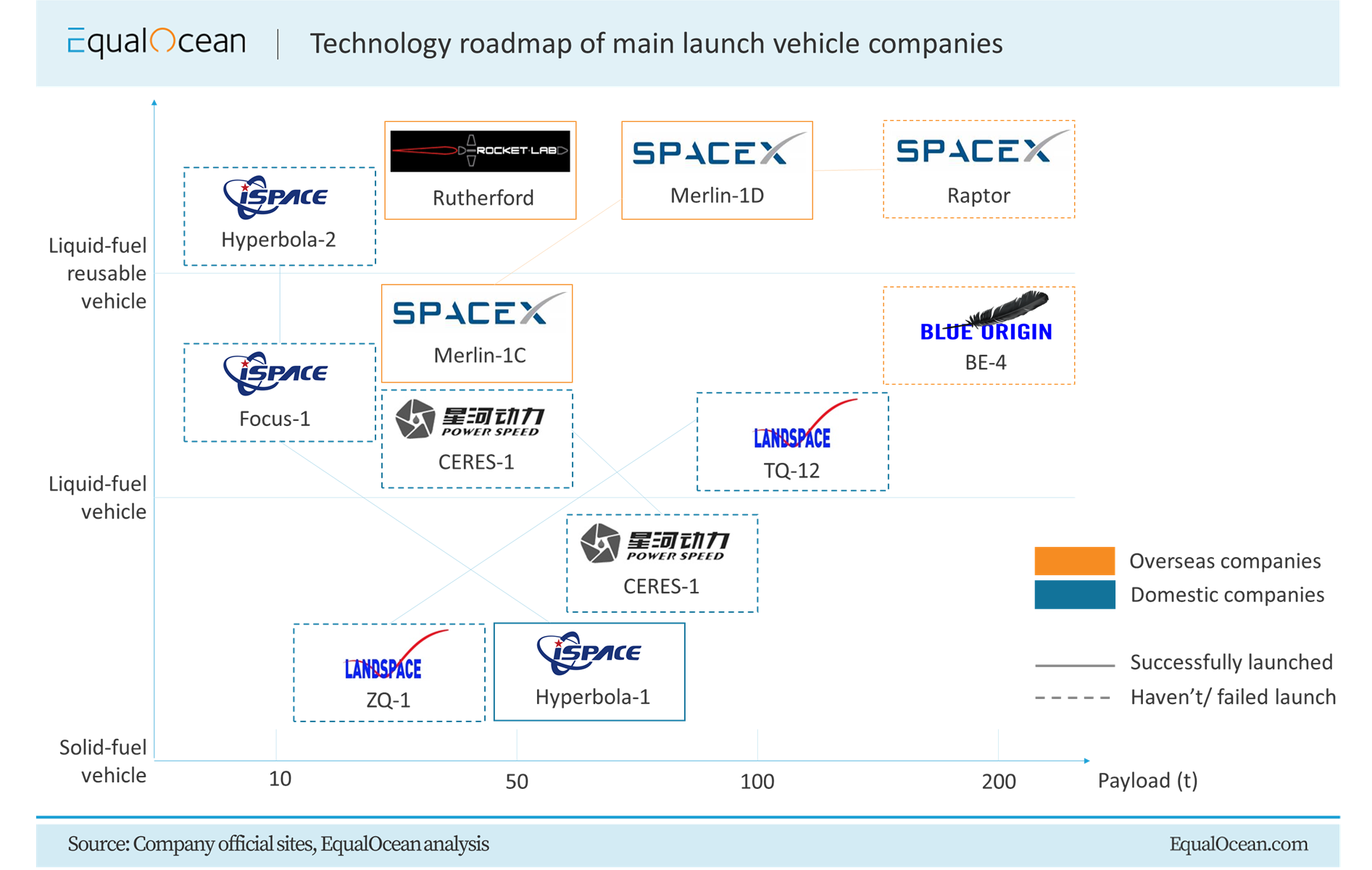 The small-and-cheap strategy convinced not only satellite launchers but also a large number of investors. Up until now, the company has been backed by renowned companies/VCs like Fosun Group, SHUNWEI Capital, CITIC Juxin, and  MatrixPartners China, with total funding of over CNY 700 million. According to people familiar with the matter, the company is in the process of completing a Series B financing, targeting a CNY 6 billion post-money valuation.

However, in this business, which is both technology and capital intensive, the support iSpace has is far from enough.

While iSpace is ahead of most of its domestic competitors, it’s still going to take years to catch up to world-leading companies like SpaceX. Currently, SpaceX has already commercialized its Merlin-1D liquid-fuel reusable launch vehicle, gained nearly 2.5 billion revenue in the past year. The company is estimated to be valued at USD 40 billion.

There are many reasons for the huge gap. For a start, the US started commercialization of spaceflight industry in the 1980s, which was much earlier than China. This has taken the country way ahead of the construction of the industrial chain. What’s more, the disconnection of state and private sectors has also made it hard for a Chinese private spaceflight company to compare with that of the US. The disconnection comes both financially and strategically. In total, SpaceX got USD 3.14 billion in orders from NASA, while so far, China’s military and government orders are exclusive for state-owned institutions. Also, SpaceX has received more than 500 million investments or grants from government or organizations like NASA, while Chinese private spaceflight companies are completely backed by private capital.

It is still going to take a lot of time and external support for iSpace to catch up with world-leading companies like SpaceX. Nonetheless, with the solid technical background and a clear strategy, iSpace already has what it takes to be the first to scale up the satellite launch service in China and make a name for itself.