The Sunrise and ‘Moonrise’ for Transsion: Opportunities and Upcoming Threats

The African continent has failed to escape from the hardships brought by COVID-19. Will Transsion, the local mobile phone market leader, share the same fate in the post-epidemic future? 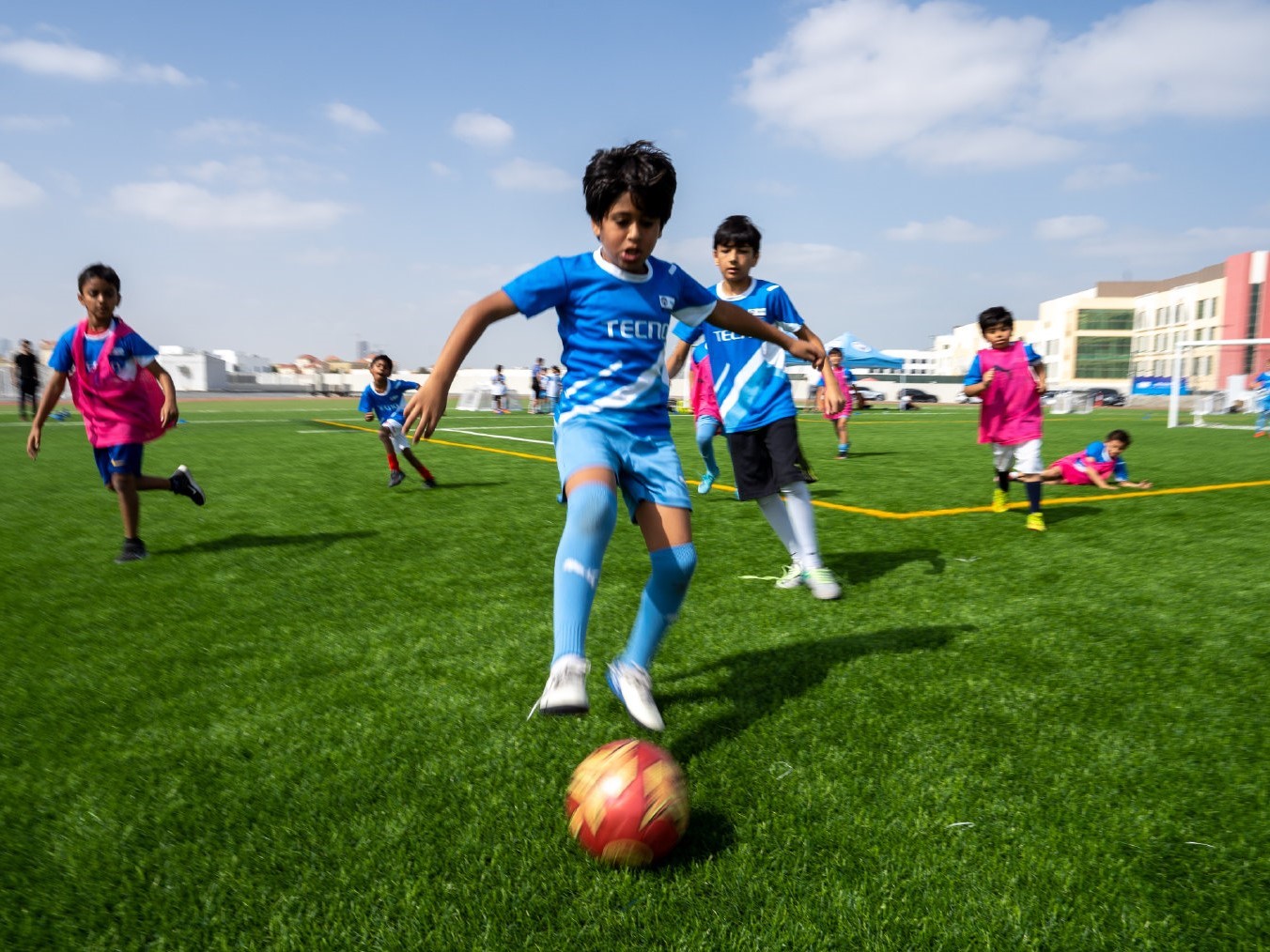 This article will discuss the reasons for Transsion’s prevalence in Africa and the threats that the macroenvironment brings to it. For Transsion’s counterplans and future strategies, please check the article: Where to Go: Transsion’s Post-epidemic Survival Conundrum

► Spurred by the younger population structure and increasing Internet penetration, the African smartphone market has been booming in the recent years.
► Taking over 50% of the African’s mobile phone market, Transsion made its path to fame through highly customized products and strategies.
► Transsion faces threats when COVID-19 greets the African continent with an estimated 8% GDP growth decline, while some ambitious Chinese mobile phone vendors are about to home in the firm’s ‘territory.’

Africa: where the magic happens

Over the past decades, the frequent social turbulence, dearth of fundamental education, poor infrastructure and underdeveloped public health system have been dragging down the economic takeoff of the African continent. However, the recent 10 years saw the continent enjoy a relatively radiant development in various fields, including welfare, politics and technology. From 1980 to 2020, high-performing African countries like Kenya and Egypt achieved a GDP compound annual growth over 6%, surpassing the world average growth. 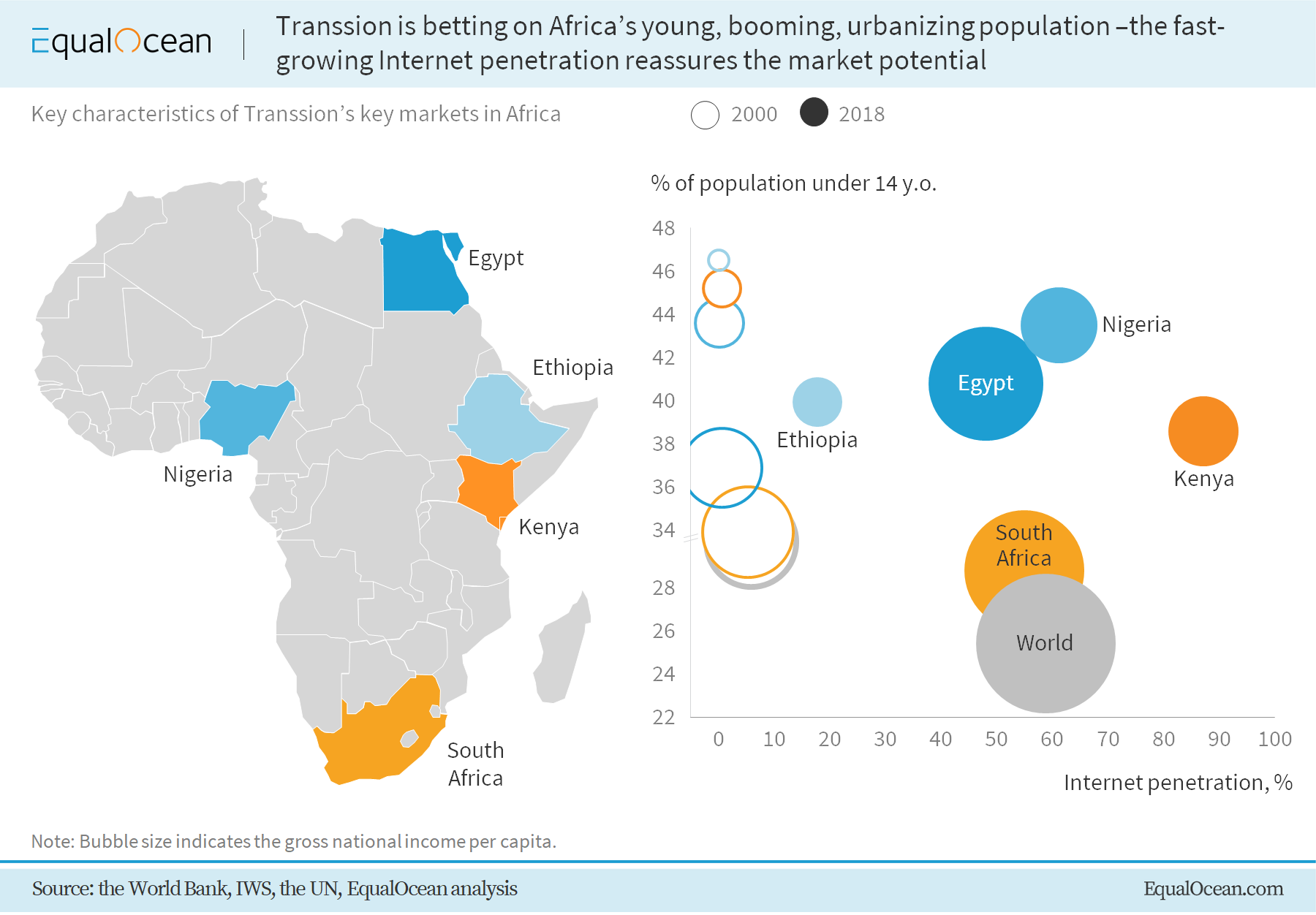 Except for the quick economic growth, Africa’s ample but untapped consumer market is a shining one. As shown in the chart, leading African economies present a heavy percentage of young people, around double the world average. With international aid and domestic medical development, the current age under 14 group will be in the workforce and contribute the most in the following decade, during which enterprises should lay their strategic blueprints. For one, Africa's smartphone market is growing due to the large population of young people and the increasing adoption of technology.

No matter what the outlook might be, connectivity will be the foundation of the ‘future world.’ If companies aim at winning the future by driving African markets, the Internet or other communication technologies are basic needs. In 2020, main African countries are keeping up with the world trend in terms of Internet penetration, providing a fertile ground for technologies and Internet-based services related business to take root.

In the mobile phone world, Transsion is a decade ahead of other Chinese vendors in entering the ‘future world.’ At present, this future potential is located in Africa, where it found the wings to leave competitors far behind. Between 2006, the year when it first stepped into this mysterious land, and 2018, when Transsion drove its volume enough to hit the capital markets, it gained the ten-year devotion that lies behind its daunting market share. 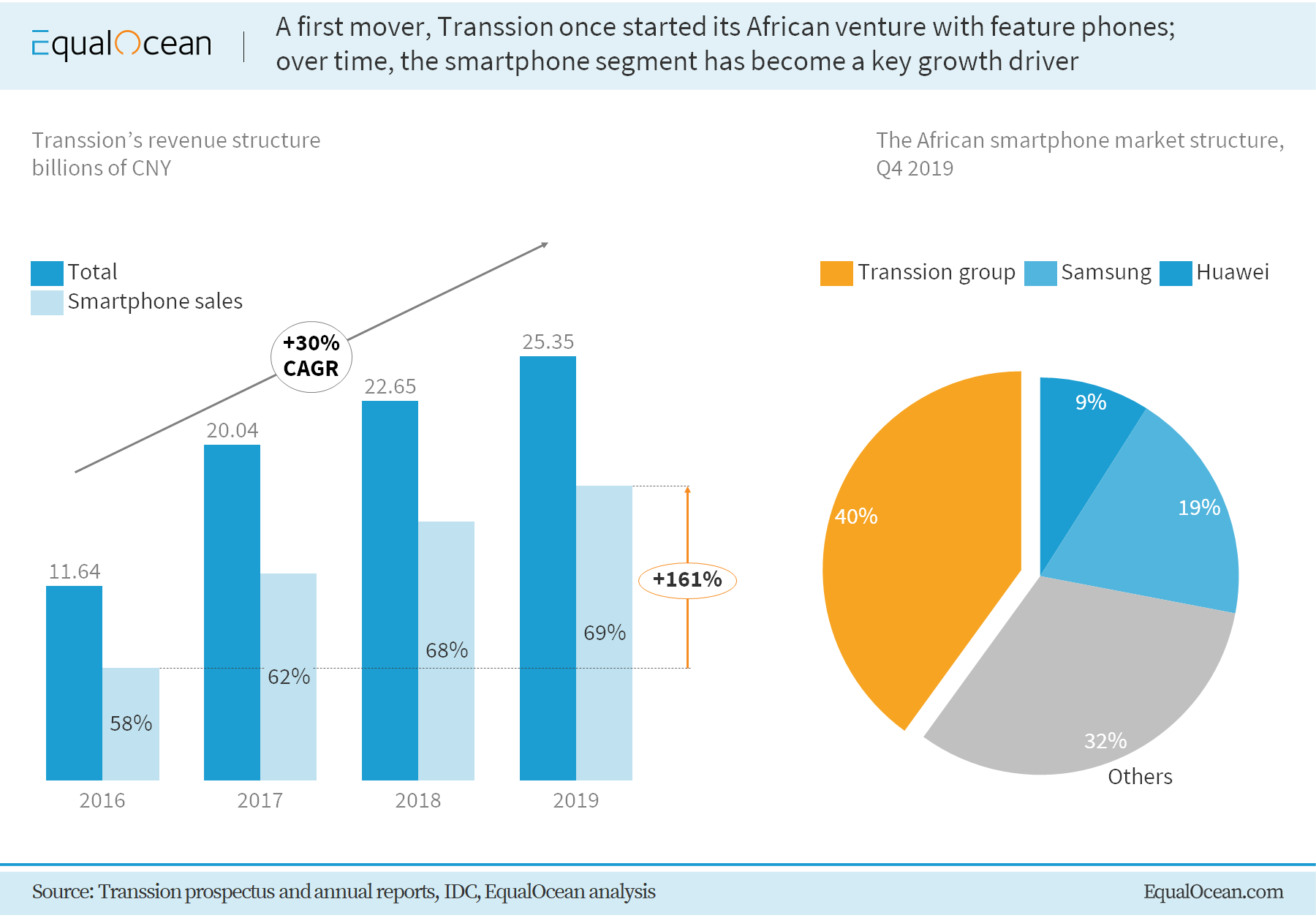 In 2019, in terms of mobile phone shipments, the firm ranks fourth in the world. Taking over 40% of the total African smartphone market, Transsion’s success is multi-dimensional. Except for the first-mover advantage, the success was also generated from its localized product design, pricing strategy and dense offline advertisement.  A couple of well-known cases are Transsion’s camera upgrades for people with darker skin and super long-lasting phone batteries designed for African countries with electricity supply shortages.

All the promising potential brought by dramatic GDP growth and demographic dividend in the African market might be drained out by the COVID-19 pandemic. With limited resilience caused by scarce medical resources, COVID-19 might have a more profound impact on the African continent, namely a steeper recession and slowdown in electronic devices consumption. The World Bank projected a 7- to 8-percentage point decline in GDP growth in resource-intensive countries such as Nigeria and South Africa, compared with a non-COVID base case. By June 7 2020, COVID-19 had certainly distributed the African market, with 183,474 confirmed cases and 5,041 deaths – yet the worst scenario might be awaiting us.

Under the shadow of the pandemic and the looming economic recession, little cash will flow into the consumer electronic sector as IDC estimated a 15% shrinkage in East Africa smartphone shipments. How will Transsion reserve to thrive in this adversity?

Except for the negative influence cast by the pandemic, moves from Transsion’s ‘fellow competitors’ are major threats as well – or even more fatal in the long term. Chinese brands already account for approximately 80% of the market, though brands besides Transsion have not yet set the African market as a strategic target.

As vivo, OPPO and Xiaomi are prevailing not only in the Southeast Asia smartphone market by ranking in the top five, but also in European regions taking over the price conscious consumer group, there remains little doubt about what is the next market to explore – Africa.

Huawei has also been long working on African projects, but these are not that conspicuous because the consumer business only takes around 50% of the whole picture. Since Huawei encountered sanctions from the US government, it is almost a certain move for Huawei to put extra effort into China’s domestic and African regions to fill the revenue gap caused by issues in the US and subsequently in the European market.

What is the situation for Transsion?

In 2019 Transsion acquired a total revenue of CNY 25.35 billion, of which the phone sector accounts for 93%. Basically, its phone business equals its overall business. If a 15% projected decrease in the African smartphone business comes, a two-digit slope in Transsion’s future revenue will come. Though the company is also doing well in some Asian areas such as Nepal, Africa is the main battlefield, taking nearly 80% of the total revenue.

External reasons contribute the most to Transsion’s glory. Choosing the right place to go and taking advantage of the gap between the supply shortage of products, technologies and services and the countries’ increasing purchase power are where the firm could take off.

Though, in any African market, consumers have some specific traits, the barrier for entering this market is not very high. Even no barrier for entry since the demand for mobile phones is more price driven rather than technology or innovation driven. Newcomers are not expected to offer groundbreaking technologies but may offer premium prices to impress the consumers. Basic functions with low prices will be adequate as a means to breach barriers. Thus, as more vendors come into the pool, Transsion needs to find more internal advantages for its future success.