Chinese Fintech OneConnect: the Stock You Can Trust?

The share price more than doubled since January 2020, as the company is becoming less dependent on Ping An 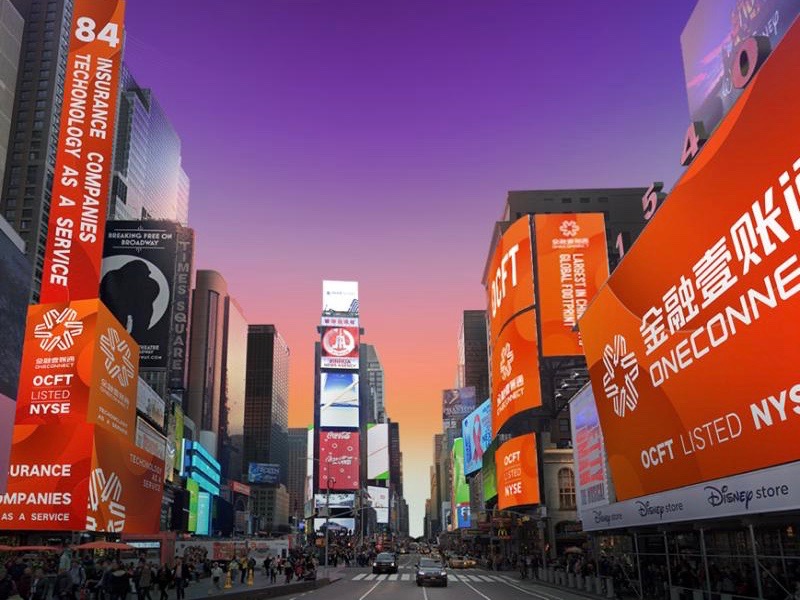 ► OneConnect’s stock price has rocketed since the beginning of 2020.
► The revenue contributed by clients outside the Ping An ecosystem continues to increase. 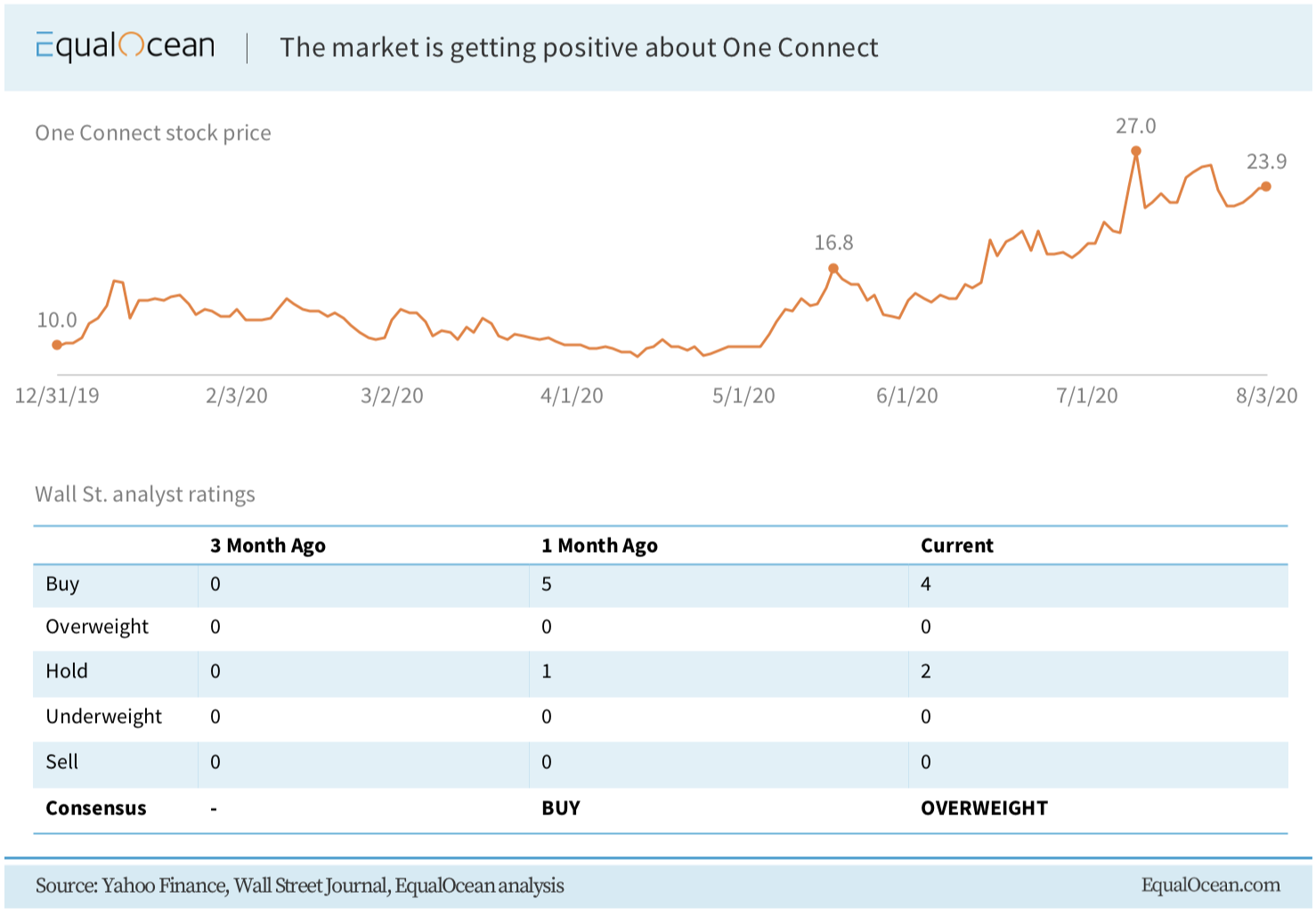 Six Wall Street analysts are currently maintaining an overall 'overweight' rating on the company, with four of them recommending 'buy' and two suggesting to hold the asset. In its last updated report on August 4, Morgan Stanley adjusted up the target price of OneConnect to USD 27 based on its comprehensive services and the infinite upward potential in China's fintech industry. Morgan Stanley also forecasted the company to hit a profit in 2023 with the revenue growing at 47% CAGR in the next three years. Bank of America Merrill Lynch raised the target price of the company from USD 16.2 to USD 26.5 in July with the restatement of 'buy' rating, as the promising growths in the digital transformation in China's financial industry and the blockchain field.

The robust performance of OneConnect since it went public on the New York Stock Exchange at the end of 2019 has been attracting more attention. Even with the tense relationship between China and the United States, as well as the difficult situation of Chinese tech spinoffs in the overseas market, US investors seem to have faith in the company, which is reflected in its rising share price.

After the financial results for the second quarter of 2020 released on August 4 during the off-trading period, the stock price of OneConnect opened 3% higher on August 5 of USD 25.52, to the highest point of USD 26.37, with a continuing upward tendency observed. In the three-months period, the company reported strong growth in revenue and gross profit of 48.4% and 93.4% respectively. The losses narrowed from CNY 340 million to 331 million, brought by the decreasing cost rates from scale effect. The losses mostly owed to the large and increasing R&D expenditure. An unwavering persistence in developing new products spurs the company forward.

A similar but stronger scene happened in May, when the company posted its financial performance for the first quarter, pushing the stock up by over 40% in the following five trading days, with the transaction amount over USD 4 million. The US stock market was in bear mode during the same period, with three major indexes having gone down, while OneConnect kept hitting historical-high records. The US investors have started to pay more attention to this hidden fintech Chinese giant.

Even during the pandemic, in the first three months of 2020, OneConnect reported a 29.6% increase in revenue and a 6.3% jump-up on gross profit margin. 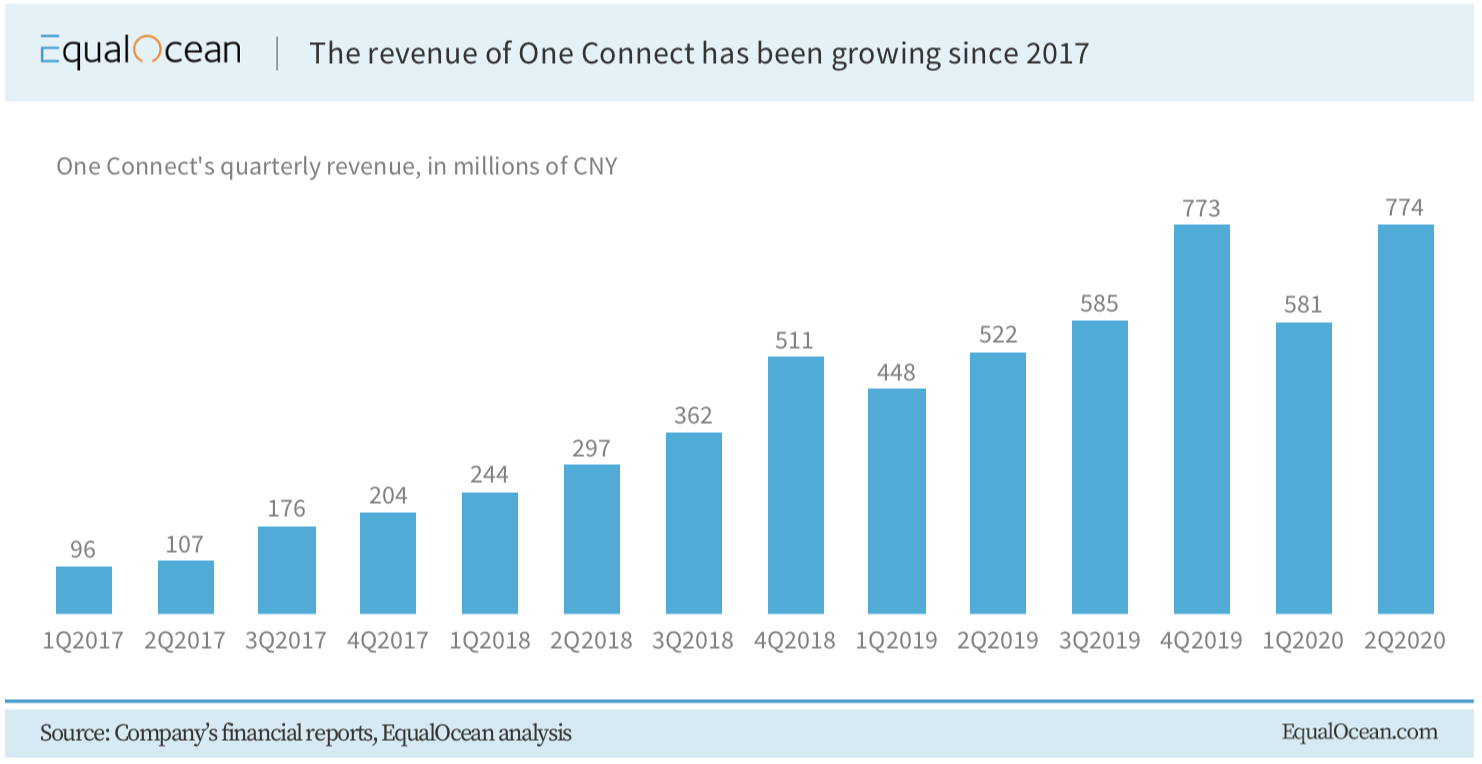 Bred by Ping An in the past, shifting to independence in the future

Incubated and ‘bred’ by the Ping An Group, OneConnect grew up from an associated department at first to become an independent US-listed company.

With business deploying in fintech solutions, banking and asset management, OneConnect distributes its client group into Ping An Group and its subsidiaries, premium customers that refer to the non-Ping An Group customers that contribute annual revenue of at least RMB100,000, and basic customers. The non-Ping An and non-Lufax clients are defined as third-party customers, which is the company’s key focus of the diversification strategy. 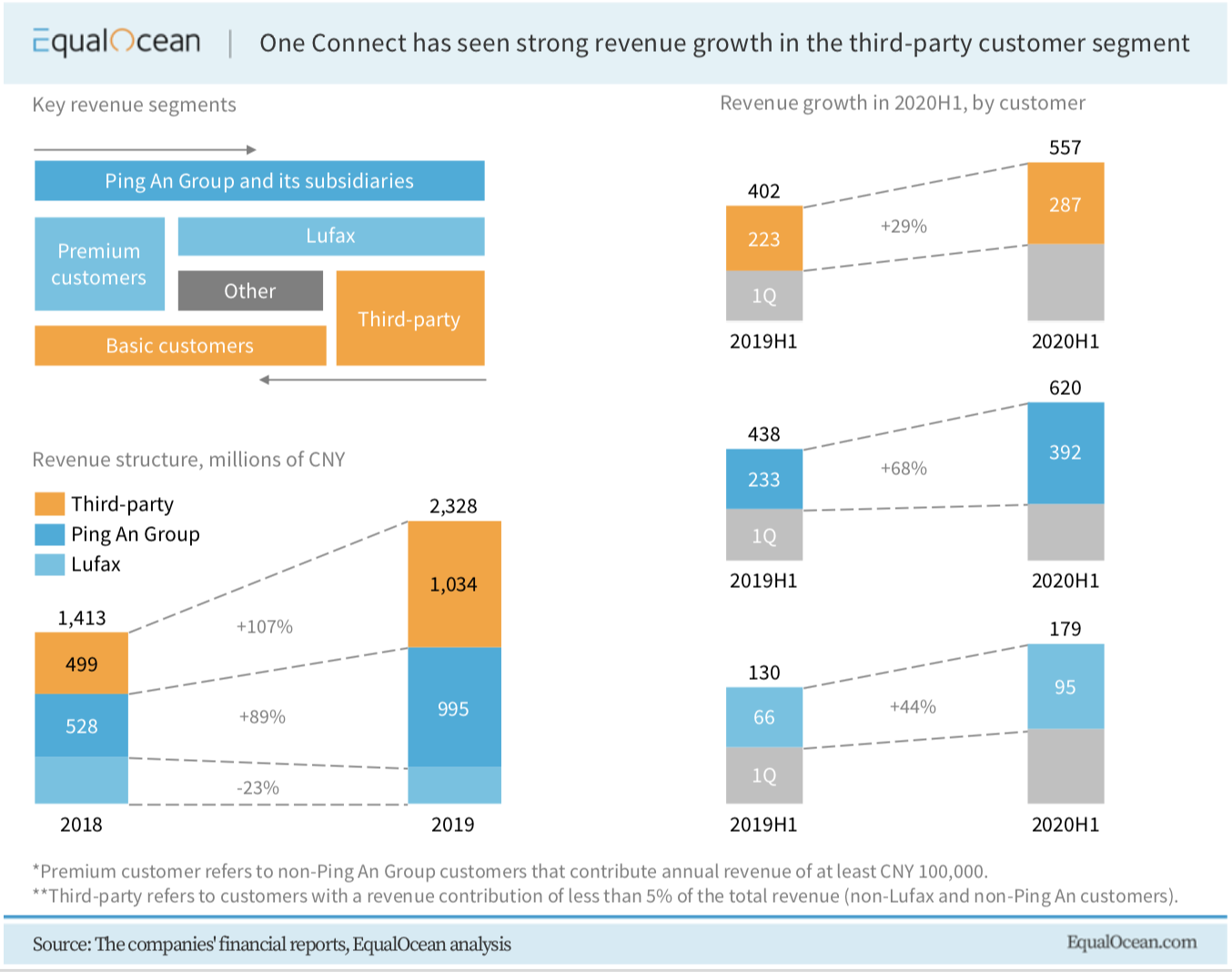 In the first quarter, the revenue of OneConnect coming from Ping An Group and Lufax recorded CNY 228 million and CNY 83 million respectively, accounting for 53.5% of the entire figure, which has dropped 17.1% since 2017. What's more, the revenue contributed by the third-party clients and the company is focusing on increasing, posting CNY 270 million with an increase of 50.4% that is higher than the total revenue growth of 29.6%.

For the entire year of 2019, the third-party clients contributed revenue of CNY 1.03 billion with a rise of 107%, significantly higher than the total revenue growth of 65%.

The customer base of the company now includes all of the major banks, 99% of the city commercial banks, and 52% of the insurance companies in China.

All the figures are telling the truth: though the company still depends on Ping An to some extent, it is getting more independent.

This five-year-old child is proving itself ready to grow.