A dive into the essence of the vast project and the business opportunities that are taking shape. 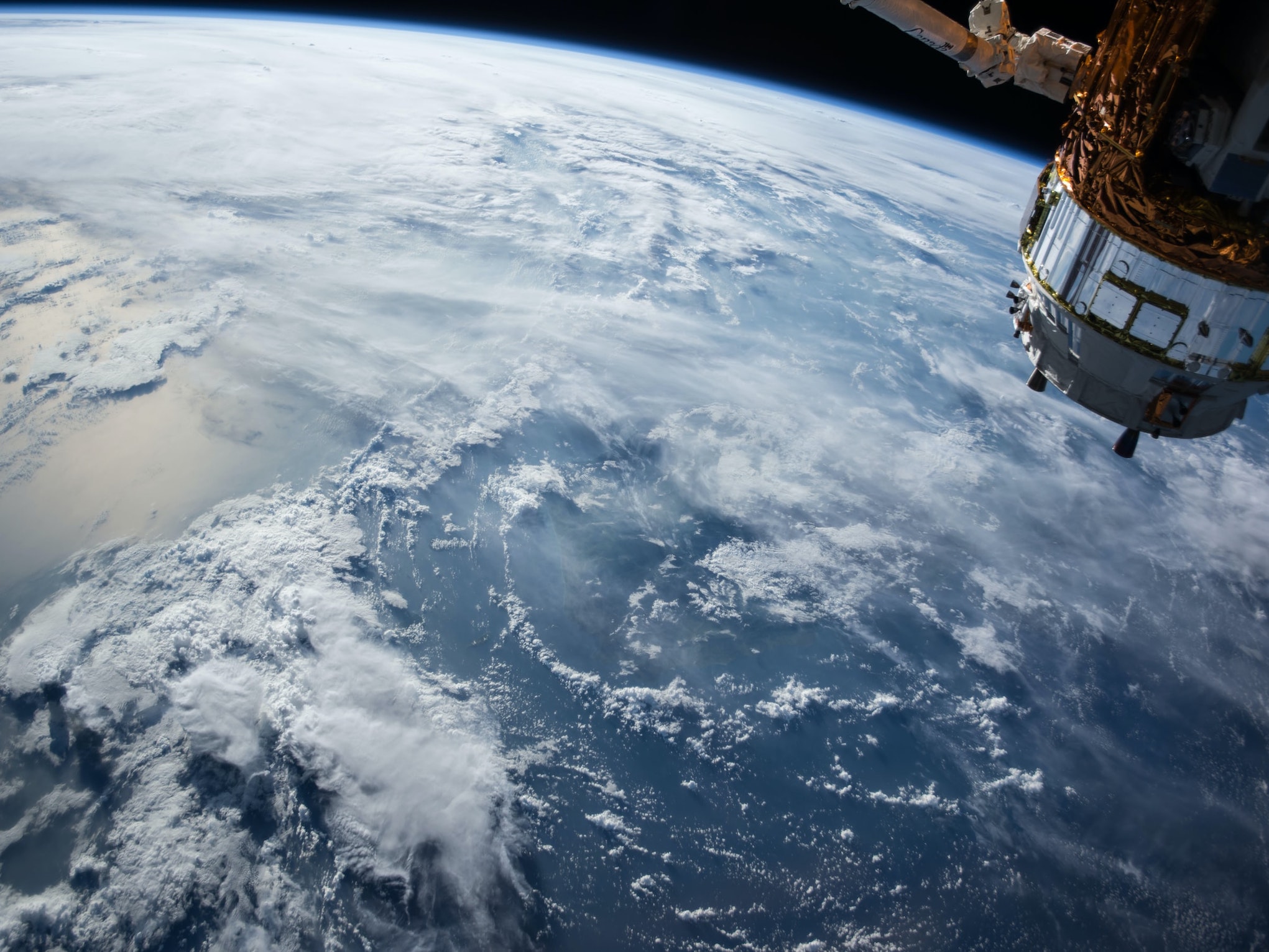 On June 23, a rocket carrying the last satellite of BeiDou Navigation Satellite System into orbit from the Xichang Satellite Launch Center, Sichuang Province. President Xi Jinping then attended the completion and commissioning ceremony for the BDS-3 on 31 June. BeiDou is said to be more advanced, offering higher precision and more sophisticated coverage than its American and Russian counterparts. Now, more than 100 countries across all continents utilize services offered by BeiDou to some extent. In this article, we introduce the Beidou Navigation Satellite System, its history existing and possible business applications.

BeiDou Navigation Satellite System (BDS) is a Chinese satellite system consisting of two satellite constellations. The name of BDS comes from seven brightest stars of the Ursa Major constellation, which were named 'BeiDou' by ancient Chinese astronomers. The system has gone through three development phases starting from 2000. 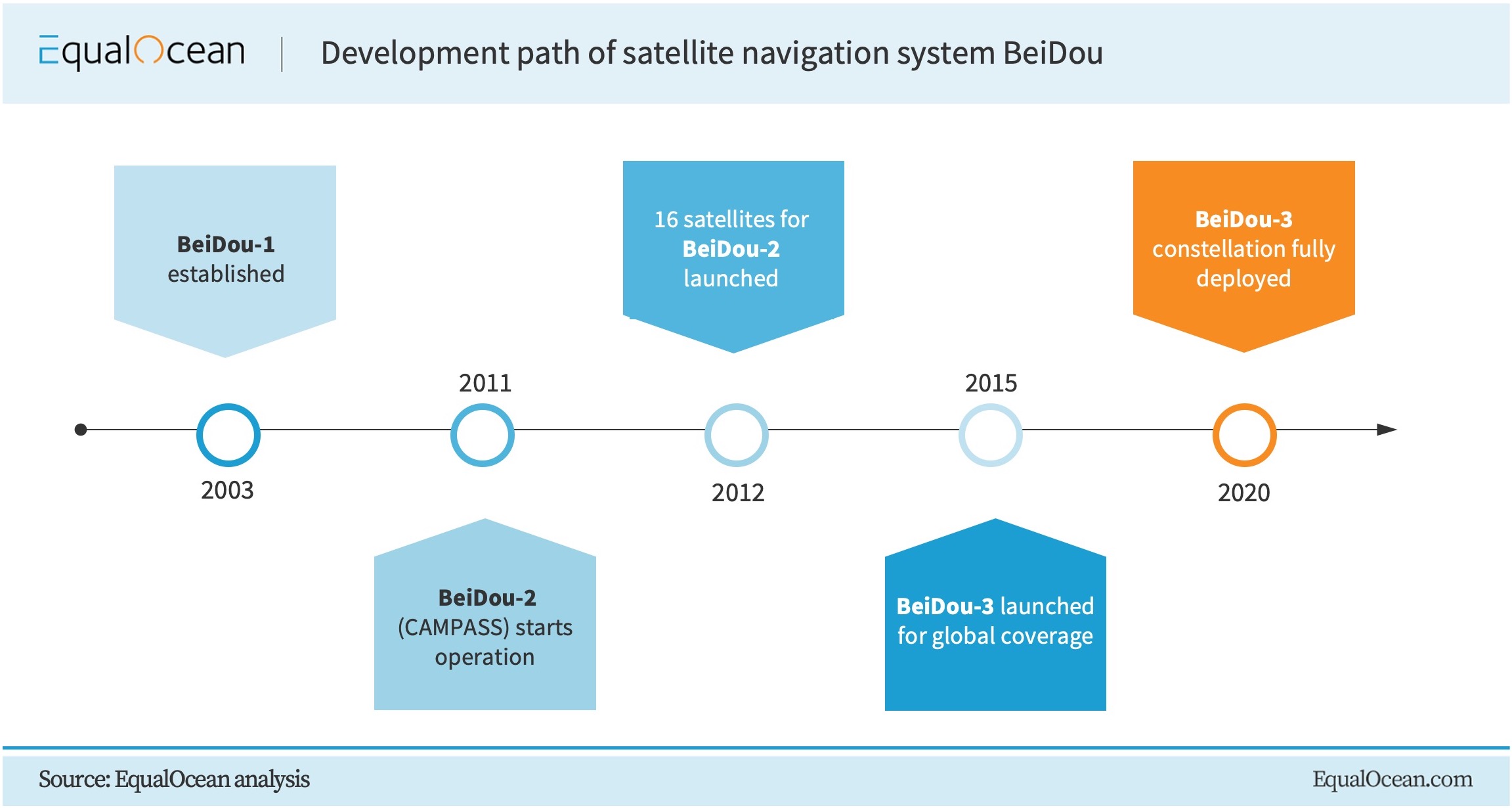 The first phase – BDS-1 – was composed of three satellites launched between 2000 and 2003. The first BeiDou system used satellites in geostationary orbit and thereby provided limited coverage and navigation services. User terminals showed that the calibrated accuracy was 20 meters. BeiDou-1 was decommissioned in December 2012.

BeiDou-2, also known as COMPASS, went into operation on a trial basis in December 2011 and offered services for the Asia-Pacific region from December 2012. The second BeiDou system, which consists of 16 satellites, provides navigation, positioning and timing data for China and neighboring areas with precision at 10-meter location tracking, 10 nanoseconds for synchronized clocks and 0.2m/s for speed measuring. The restricted military service offers location accuracy at 10 centimeters.

BDS has numerous applications within various industries, also affecting the citizens' daily lives. For one, BDS's navigation services generated CNY 300 billion value in 2018. But there is much more going on than this.

Transportation: Navigation services are widely used in monitoring transportation processes, security of highway facilities and real-time dispatching of port cargo with high-standard precision. Tons of cargos can be loaded or unloaded in full automation given BeiDou's locating service and some other technologies. By the end of 2019, more than 6.5 million operating cars, 30 thousand post cars and 80 thousand buses were equipped with BeiDou's navigation system. With BDS, people know when the bus will arrive, where their parcels have been delivered to and where they can find the nearest shared bike. Now, most of the mobile phones on the market have chips that are compatible with BeiDou, such as Huawei's Kirin, Qualcomm's (QCOM:NASDAQ) Snapdragon and the latest series by MediaTek (2454:TPE).

Agriculture: Using the locating skill of BeiDou, agricultural planters can self-drive along the pre-set courses without manual control. Self-driving planters save 50% labor cost and increase the emergence rate by 10%, improving planting efficiency. According to statistics, more than 20 thousand agricultural self-driving planters now use BeiDou navigation services. In February 2020, the Ministry of Agriculture and Rural Affairs and Central Cyberspace Affairs Commission emphasized the importance of using BeiDou systems to serve agricultural and rural development in an issued document (link in Chinese).

Disaster mitigation: BeiDou can help with disaster relief. For instance, in order to cope with the COVID-19 outbreak, BeiDou was used to locate drones, which can then spray disinfectant precisely according to the route designed by the system. Besides, when Thunder God Mountain hospital and Fire God Mountain hospital were constructed in Wuhan, BeiDou provided high precision locating services and surveying services on the construction site, improving efficiency and saving time to cure patients. Not long ago, BeiDou geological disaster warning system alerted (link in Chinese) Leijiashan villagers in time, saving their lives from the landslide. Through monitoring crustal deformation and displacement of rivers and mountains, BeiDou is able to pre-warn of potential landslides, mark foundation settlements and crevices.

Military: In future potential military conflicts, combat aircrafts ejecting guided missiles under BeiDou's navigation can reach targeting accuracy up to five meters, greatly improved from forty meters before BeiDou. When aviators parachute, they can send their location data to the searching helicopters to be rescued. With BeiDou's system, commanders will be able to clearly see the distribution of each soldier on the screen and thereby send orders in time. Even under the sea, submarine fleets will be able to move according to the seabed topography provided by BeiDou.

CONTACT US
Scan QR code to contact us for professional consulting services
Next article
Pinduoduo: A Rising Star Challenging Alibaba and JD.com [2/2]