Will the company side with Alibaba? 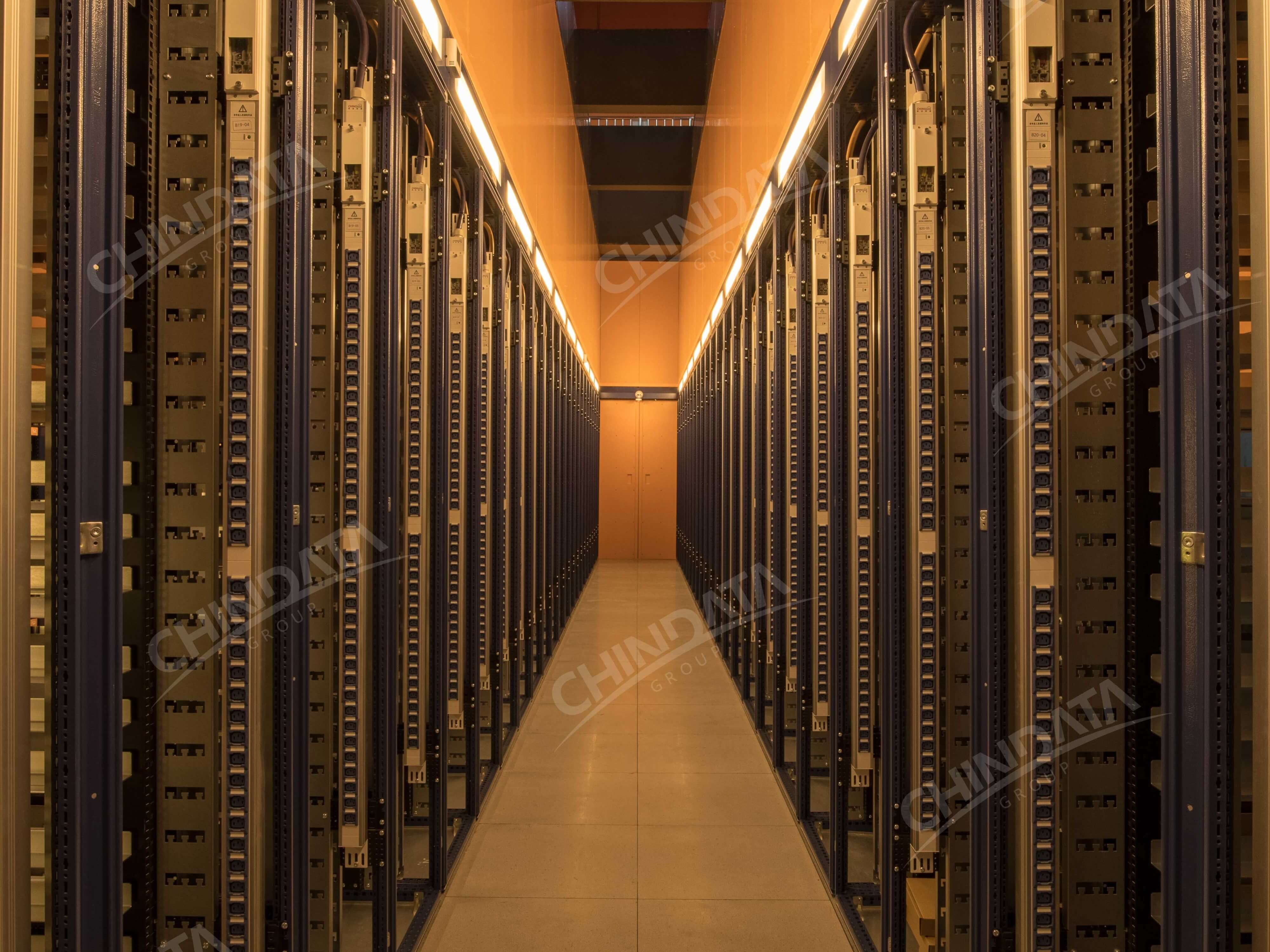 The biggest customized hyper-scale data center brand in China, Chindata, is planning to go public on one of New York's two major bourses in September 2020. With this offering it is intending to raise around USD 400 million, which may boost the total valuation of the company to levels between USD 3 billion and USD 4 billion. Credit Suisse (CSGN:SWX), Citi (C:NYSE) and Morgan Stanley (MS:NYSE) are leading the listing process.

In August 2020, the company closed its most recent funding round, obtaining capital from Country Garden (2007:HK), APG and SK Group.

Due to its peer stocks' good performances, which were not only immune to the pandemic but also kept increasing, Chindata considers now to be a good time to step into the public capital market. Judged by the last one-year share performance, 21Vianet Group (VNET:NASDAQ) jumped most by 209%; Equinix (EQIX:NASDAQ), the biggest data center services provider of the world, also climbed by 37%, the least figure of the group apart from the S&P 500 index. Thereby, Chindata is choosing to list on the US market with the amplest of liquidity contexts. 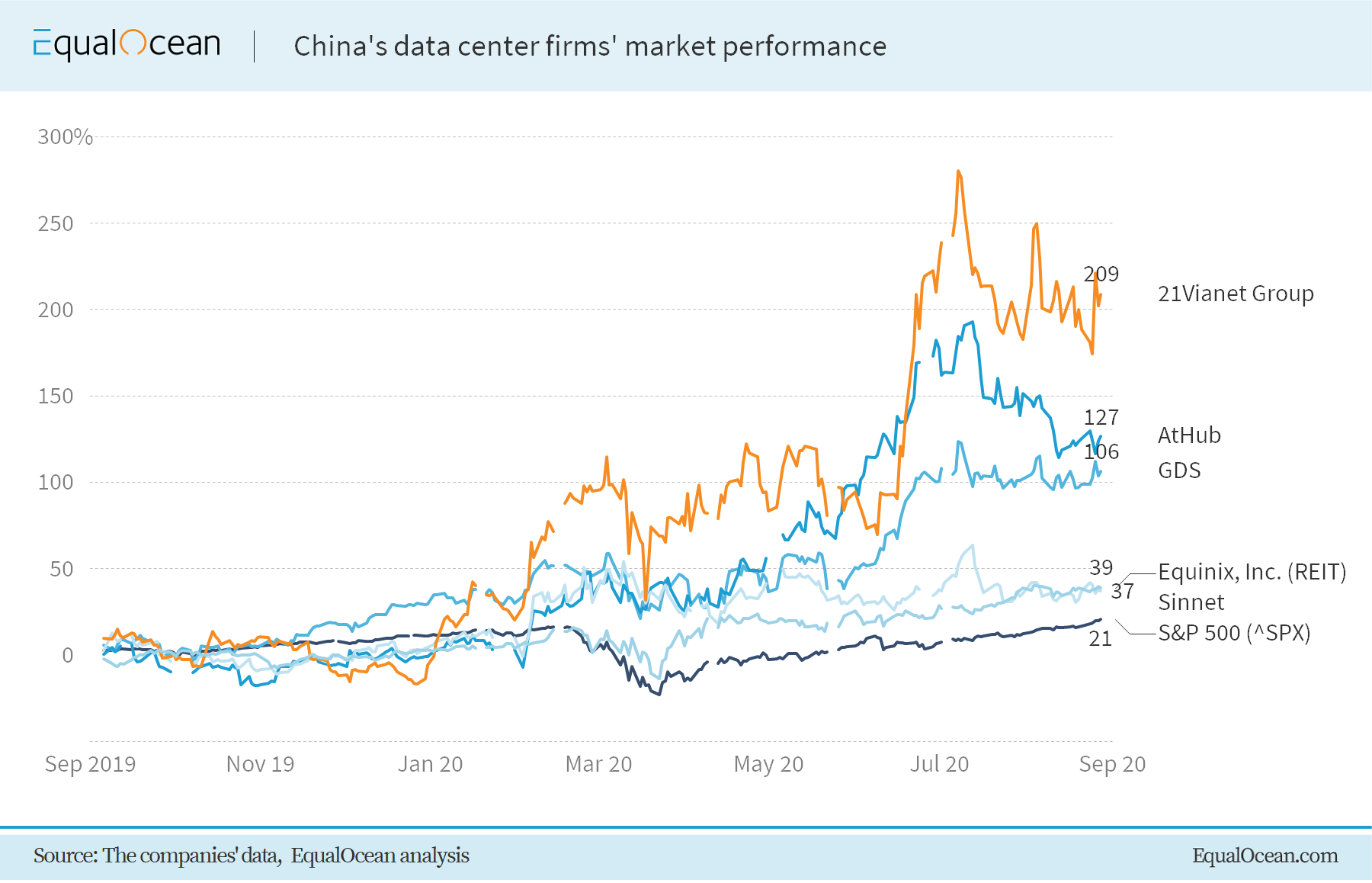 The company was founded in August 2015. In January 2019, it was bought by Bain Capital for CNY 990 million, through a spin-off from Wangsu (300017:SZ). After that, Bain invested USD 570 million in the company and consolidated it with Bridge, another firm owned by Bain. The new company is under the name of Chindata and operates in two individual brands.

Bain Capital and Management purchased Chindata at a surprisingly low price. At the beginning of 2019, the party, led by Bain Capital China, management from Wangsu Science & Technology (300017:SZ) acquired (link in Chinese) the company from Wangsu at the cost of CNY 990 million which was much less than its fair value. In particular, the entity generated CNY 171.63 million in 1H 2018, a 20.34% gross margin (the gross margin is decided by the gross margin of Wangsu's IDC business in 2018). At that time, the average EBITDA margin of Chinese datacenters was from 20% to 32%, while the EV multiple was 21 to 38 in 2019. Thereby the Chindata should be valued at at least CNY 1,360 million (assume Chindata's Pro-forma revenue, EBITDA margin and EV multiple in 2018 were CNY 340 million, 20% and 20, respectively). 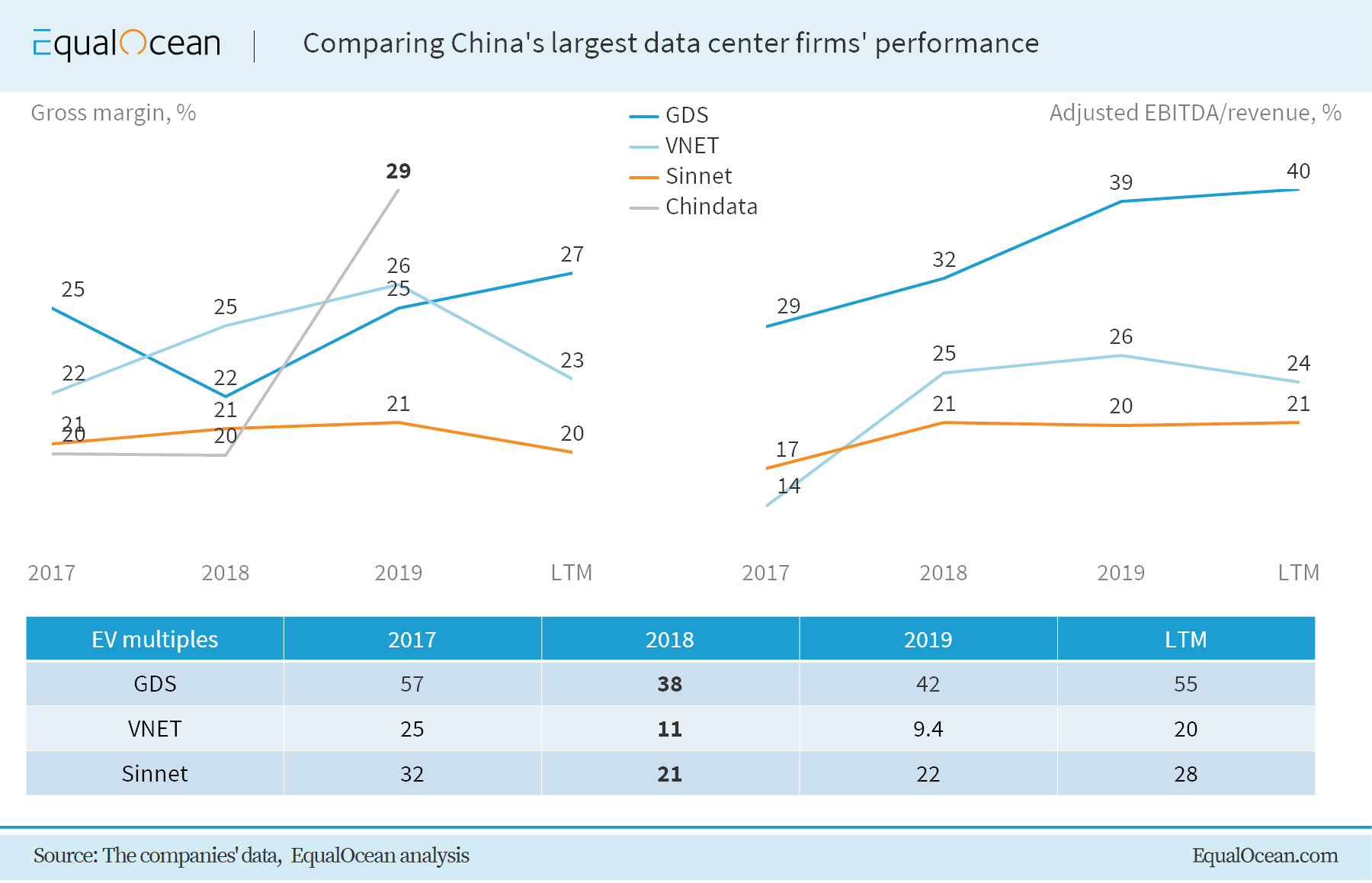 Besides, Bain also aimed to make money from Chindata through its organic growth. As the Chinese government rolled out new infrastructure in 2020, the passion for investing in the data center industry has been stoked. On the other hand, the demand for cloud computing and digitalization is stimulating the development of the data-center track. EqualOcean has predicted the data generated in 2025 will be 9.7 times what it was in 2020. In detail, the industry will ask for around 1/6 time of it in 2019 to build a data center in 2025.