The market has priced in Nongfu’s dominance in packaged drinking water, potential in high-end beverage products, and, most importantly, its growth-certainty in an uncertain world. 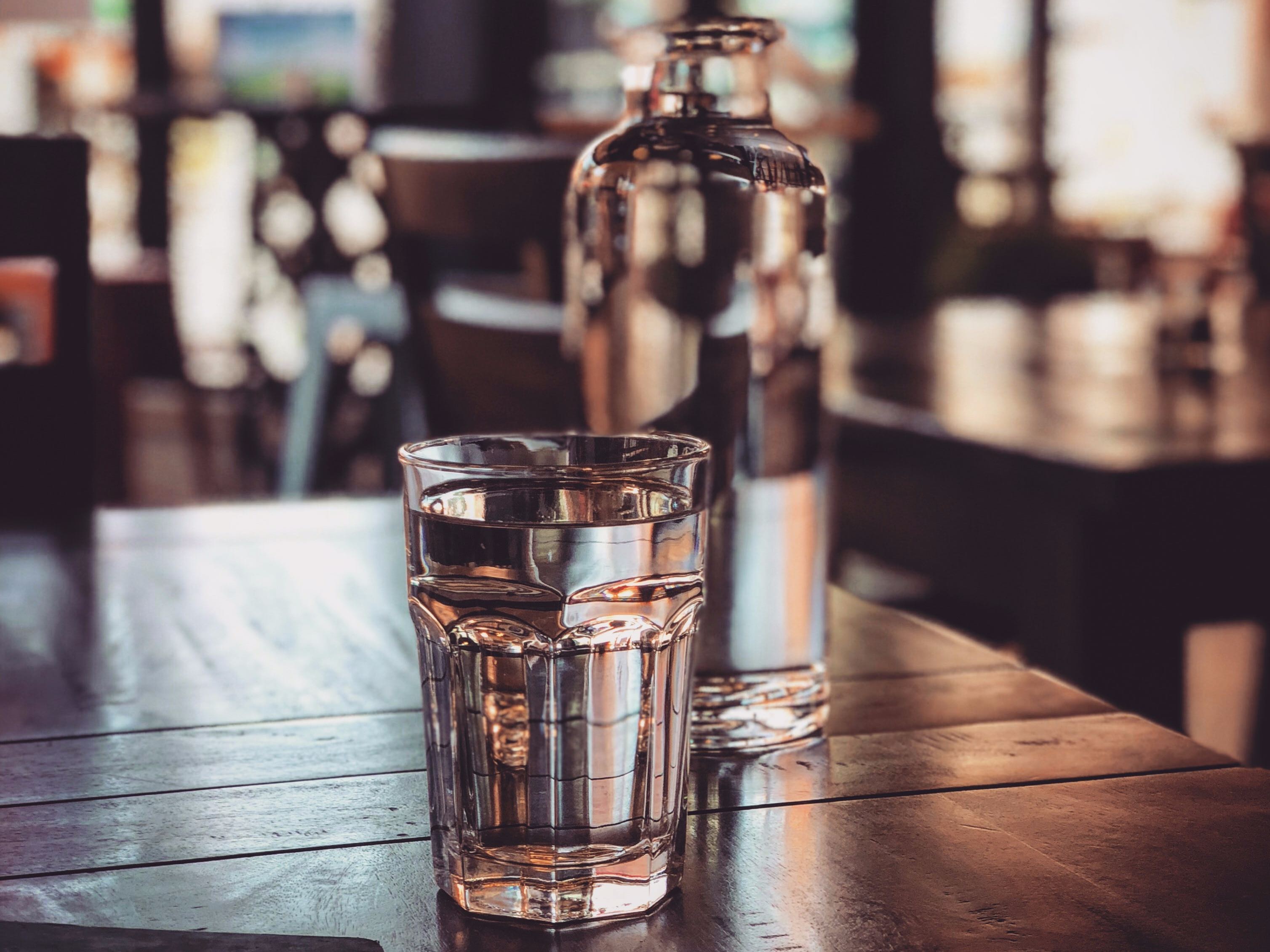 Established in 1996, Nongfu Spring started with the production of packaged water and then moved into the sub-categories of soft drinks – a stake that covers multiple other categories for the future. The company mainly sells products through convenience stores, supermarkets, fresh food stores and vending machines. As of December 31, 2019, Nongfu Spring had 4280 distributors, covering 2.37 million terminal retail outlets nationwide, about 1.87 million of whom were located in tier-3 and lower-tier cities. Besides, Nongfu Spring is deploying new retail, through the WeChat applet to carry out O2O and community group buying to reach more consumers.

It reformed the sales channel system between 2012 and 2015 and changed to a single-layer distribution model. It continues to screen out unqualified distributors, which dropped to 489 in 2019 from 1325 in 2017. From 2020, to further promote the sinking market, Nongfu Spring has signed agreements with about 64 sub-distributors, but the sub-distributors still need to purchase goods through distributors.

Packaged drinking water, juice, tea beverage and functional beverages accounted for 59.7%, 9.6%, 13.1% and 15.7% of revenue in 2019, respectively. From 2012 to 2019, Nongfu Spring maintained the No. 1 market share in China's packaged drinking water market for eight consecutive years.

Among competing brands, packaged drinking water revenue accounted for a relatively stable rate of 60%. The contribution of this business to revenue growth in 2019 was 72.4%. In 2019, the market share of CR5 in the packaging water industry was 56.2%, and Nongfu Spring ranked first in the industry with a market share of 20.9%. In 2019, the sales volume of packaged water reached CNY 13.38 million tons, with a CAGR of 21.8%, accounting for 84.7% of the company's overall sales.

As the material of the bottle, PET accounts for the highest proportion of total operating costs, accounting for 29%, 31.86%, and 31.58% respectively in the past three years. PET is related to oil, so there is a risk that the price will be affected by fluctuations in crude oil prices. However, the changes in crude oil prices over the past three years haven't brought considerable volatility in the company's costs, proving that the company can smooth out the impact of fluctuations in upstream material prices on critical raw material costs.

In the current market, packaged water below CNY 1.5 is classed as pure water, while water above CNY 2 is counted as ‘mineral water.’ Nongfu Spring has opened up a natural water market between the two products and competes with higher-end mineral water with cost-effectiveness. It also attacked the pure water market through product quality and eventually became the market leader. 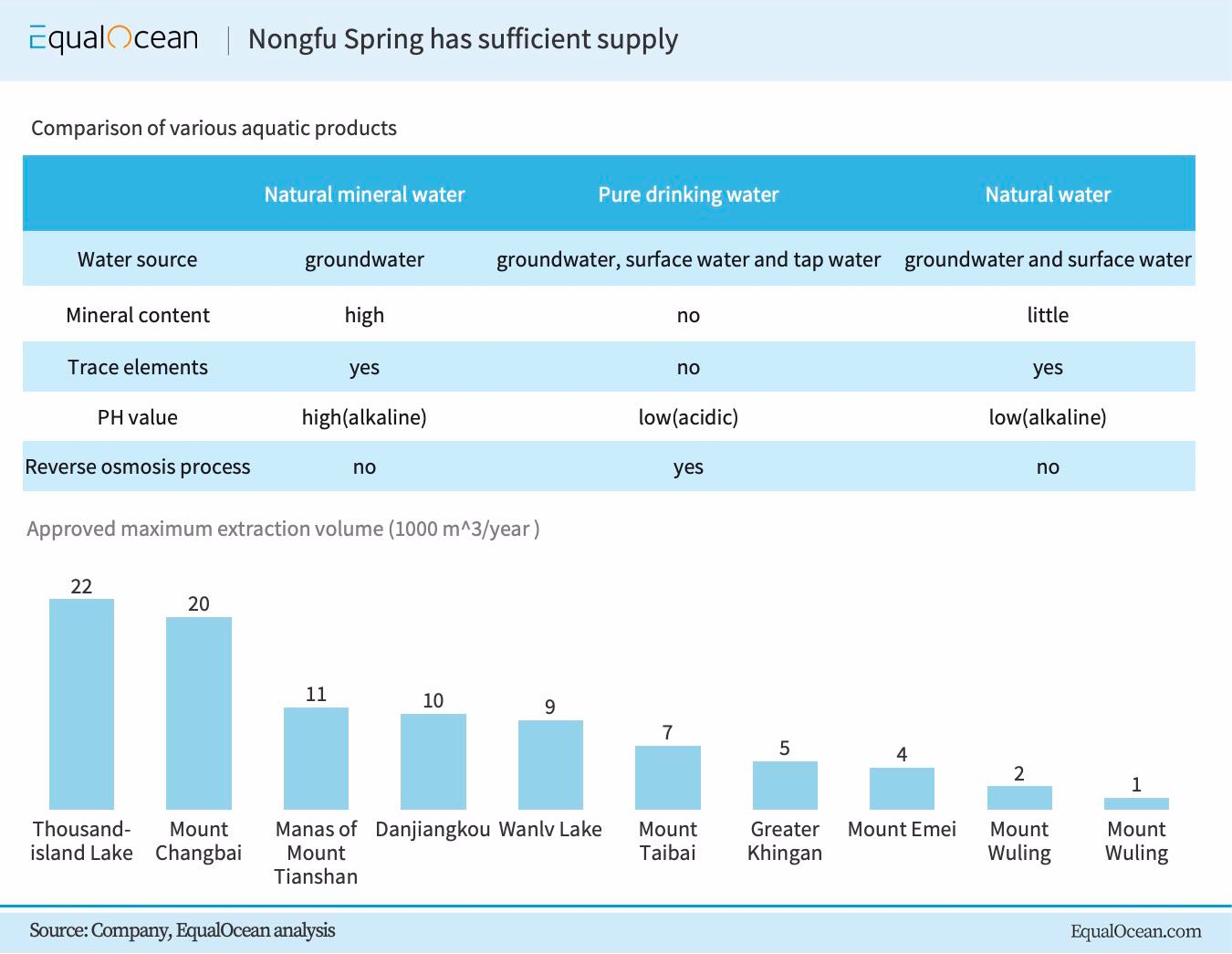 From the perspective of product nutrients, the mineral and trace element content of natural water is lower than mineral water but better than pure water. However, from the rarity of the water source and the mining technology's perspective, the production cost of natural water is closer to pure water. The packaged water of Nongfu Spring has both advantages, maximizes the benefits, and obtains extraordinary benefits in a crowded track.

Compared with pure water and natural water, the production threshold of mineral water is higher, mainly due to a large investment in mineral water resources, the lengthy approval time, and the exclusivity of the same water source. Starting from the acquisition of mineral water prospecting rights through bidding, auction and listing, with multiple approvals from multiple departments such as water affairs and environmental protection, the entire process may take four to five years. The cost is tens of millions. Nongfu Spring already has two primary water sources, located in Mount Changbai in Jilin and Greater Khingn in Heilongjiang, and has built factories to build a complete upstream supply chain. Compared with competitors who plan to enter the mineral water circuit, it has a considerable first-mover advantage.

The most extensive output is that of Thousand-island Lake, which is approved to get 200 million cubic meters of water every year. The company has 26 packaging water production lines with a production capacity of 6.83 million tons. Nongfu Spring's annual production volume accounts for only one ten-thousandth. With the current water storage capacity, 9664 Nongfu Springs, which can achieve 100% production capacity, is required to pump water together to empty the reservoir in one year.

In terms of cost reduction, Nongfu Spring has adopted two significant measures: one is to control the marginal cost of production; the other is to follow the '500-km transportation radius' and layout water sources to reduce transportation costs and increase gross profit. In 2014, Nongfu Spring invested CNY 460 million in bottled water production equipment and plant construction, with an average service life of 5 to 10 years. This means that the marginal cost of production is almost zero, and the greater the output, the more significant the advantage of economies of scale.

It can be seen that, on the supply side, Nongfu Spring not only has no trouble finding water sources but also effectively controls costs.

This article is part I of our analysis on Nongfu Spring. Please continue to part II.