After the competition of mobile games, some big companies started to buy eSports clubs and enter this industry. Weibo is one of them. However, investing in an eSports club is more than just providing funds and resources. 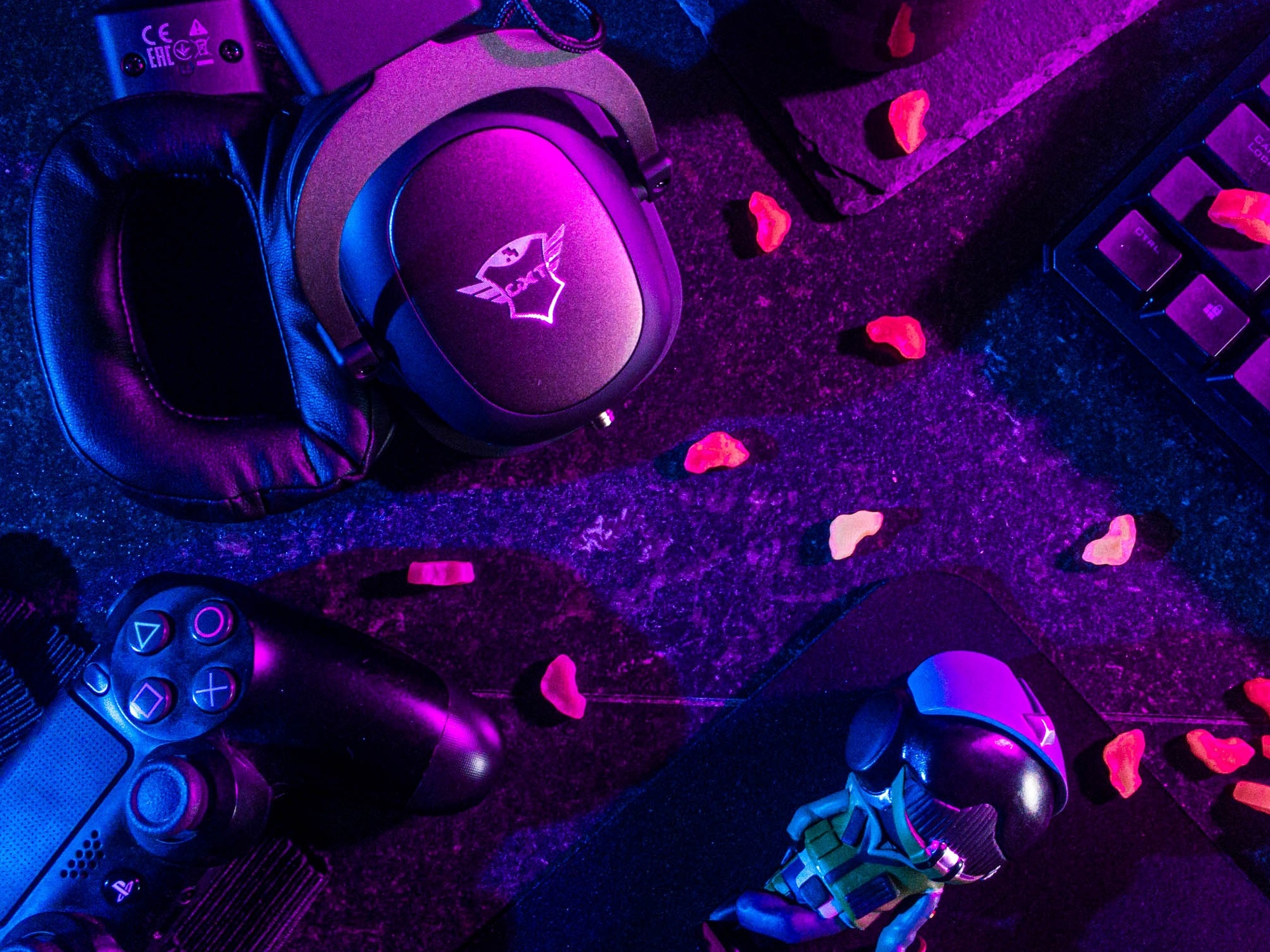 ► The eSports market needs the support of big companies by providing investments and resources.
► Weibo has to be perseverant in this industry to create value among younger generations.

The eSports market needs capital to support its development

Recently, Weibo announced the acquisition of team TS which was the champion of the 2020 Honor of Kings World Cup. Earning money is a problem for eSports clubs. Although the prize money of some of today’s top games might be hundreds of millions of dollars, only minority teams can get them. There is news reporting that a top club spends about CNY 70 million a year, which may be far less than the actual expenditure. Moreover, the system of a club is complex and huge. The head clubs usually have different departments for different games which all need funds and resources. Therefore, it can be said that it will be very hard for a team without capital support to survive in the battle of eSports since it is not just a competition of burning money, but also a battlefield of capital.

An eSports market is a place where multiple values can be created if well managed. Firstly, the bonus and prize after winning a competition. With the wining, eSports clubs can gain more attention and media traffic, thus making it possible for them to start the second business—brands endorsement. One of the famous players named Jackeylove from Tes club cooperated with DIOR in a brand-friends relationship while FENDI launched limited products based on partnership with Doinb and Crisp from the FPX club. Not just for individuals, clubs cooperate with different famous brands from Douyu to Mercedes and other electronic products. If they could improve the club management, it could be anticipated that they would develop more opportunities with a wider range of brands. Moreover, because younger generations are the main fan base in eSports, the club can design and produce derivatives to excavate the purchasing power of fans. Lastly, games, which were originally concentrated in a single city, are gradually distributed to Beijing, Shanghai, Hangzhou, Chengdu, Xi An, Chongqing, and other major cities. As more eSports games become more regional, a new idea of “eSports+ cultural trip” comes to the table. The local city can create themed eSports hall, eSports exhibition, and eSports themed travel route. All of these could increase the possibility of earning profits in a bigger market.

With the broad future, it is not hard to seek that Weibo wants to enter into this market. It is not just because of the profitability of this market but also derived from its advantage in the advertisement campaign. Weibo can help its club to gain more resources and opportunities by leveraging its widely spread network and high-volume media traffic.

Can Weibo create value based on perseverance?

For Weibo, the value derived from investing in a club will not just be useful for managing the club itself but also build a communication bridge between Weibo and younger generations when exploring multiple possibilities of expanding businesses. At present, e-sports clubs in China are still facing many problems in their development, among which the first one is the lack of talents. First of all, most clubs are not established and developed for a long time, and because most of them are founded by e-sports fans, they lack professional management and operation talents. Secondly, the e-sports industry has gone through a long period of free development. During that time, the people in the industry were generally young, and the leaders of top clubs were professional players who turned into management after retirement without professional training, which also caused the chaos of club management rules. Therefore, whether there is a professional management team with high quality and a deep understanding of managing eSports clubs is directly related to whether a club can find excellent players. And as you can see in the chart, there are mainly four job functions that are needed in this industry. Also, the current main workforce is concentrated in first-tier cities and rich area. But the users of eSports game spread evenly across all cities. The differences between these can create more job opportunities in second-tier and third-tier cities which means Weibo should also notice that it may have to recruit and manage more talented people in more cities. 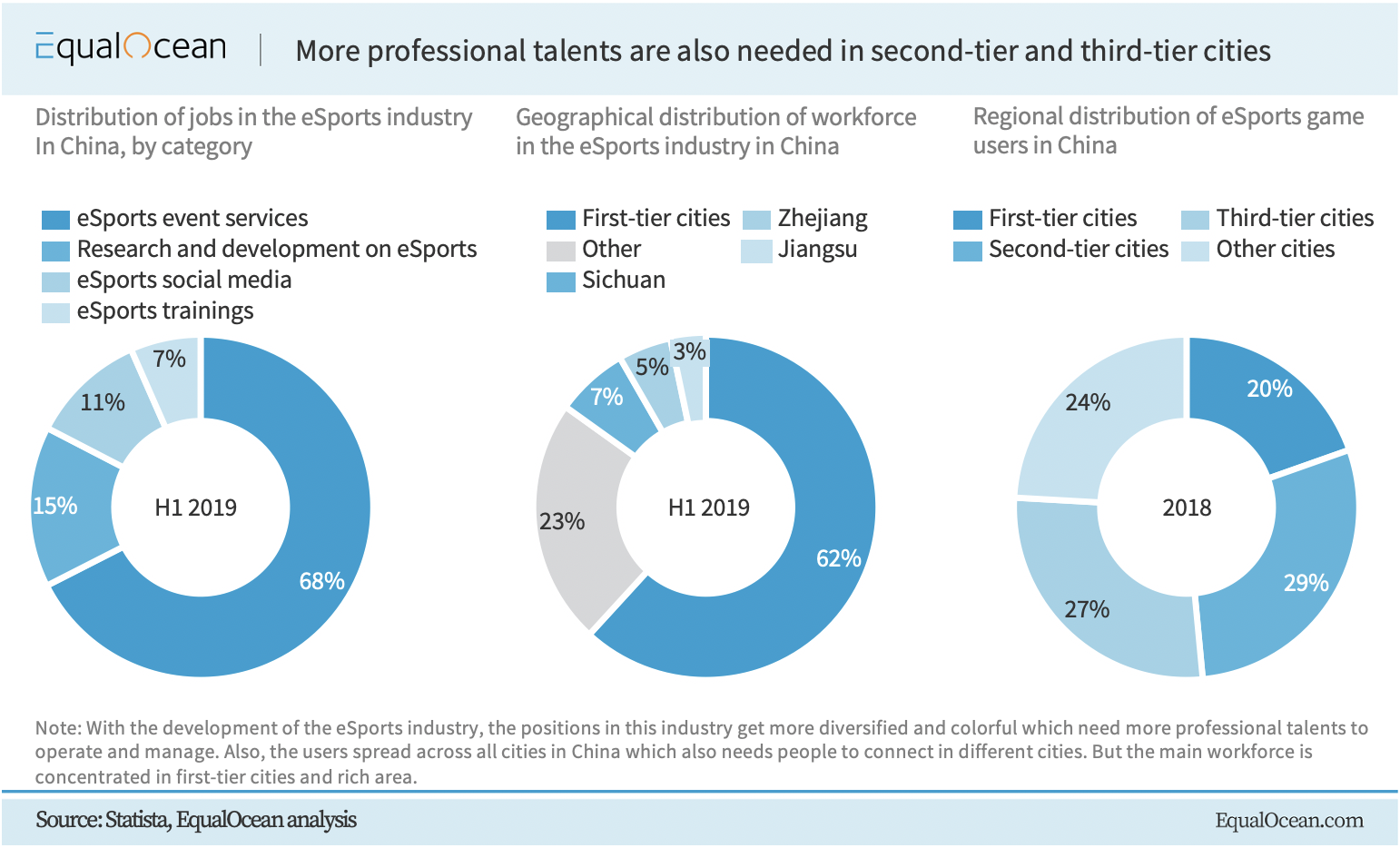 Also, on the other hand, Weibo also needs to pay attention to the operational difficulties of the eSports club. Weibo has to continue to stabilize its huge flow pool and influence, brand operation, and fan operation all of which are indispensable. The so-called brand operation is based on the brand image, brand culture, and derivatives development which means Weibo has to create a business system for its eSports club.

For fan operation, with the Chinese team winning the world championship one after another, the influence of famous players is also rising. In terms of Weibo, they need to build brand images of players and clubs through short videos, Vlogs, and other forms of entertainment content. Then they need to convert the traffic flows and fans of players and clubs into marketing value by continuously attracting and maintaining fans.

For Weibo, the improvement and standardization of club management systems, brand operation, and fan operation are things that require long-term investment and perseverance. Therefore, it may be easy for Weibo to invest in the eSports club but how to manage it well is what matters.

From eSports to more

Weibo’s ambition is not limited to eSports. eSports is just one try for Weibo to explore multiple business models. Along with eSports, Weibo has expanded its business to different areas that interest younger generations, like animation, comics, and games. Weibo would like to build its brand in younger people which could generate profit in the future.