Among China's NEV makers, NIO is backed by Tencent, JD.com and Baidu, Li Auto has connections with Meituan and ByteDance, XPEV is affiliated with Alibaba Group and Xiaomi. 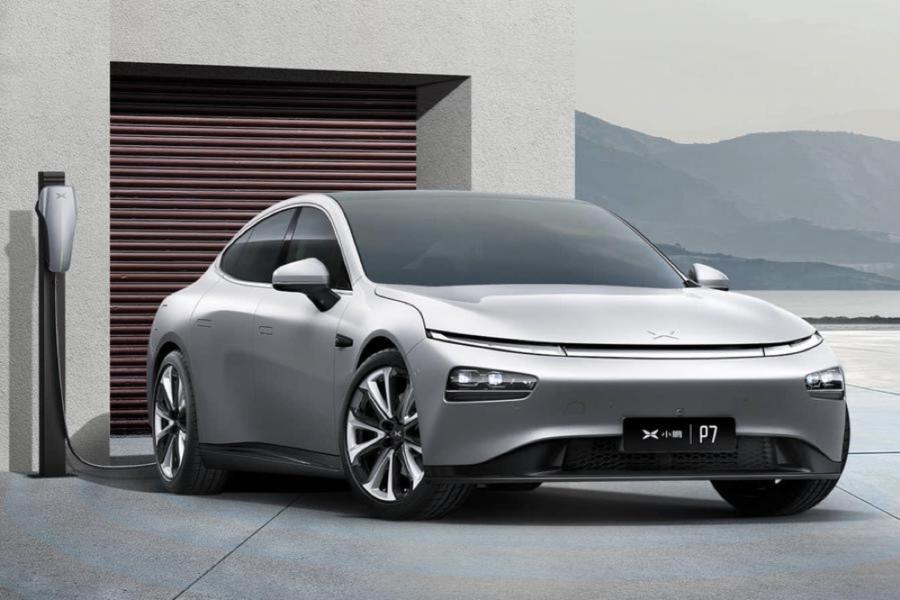 As one of the best performers, the company isn't facing any significant risks and is likely to maintain its revenue growth within the next year. Our 'EV penetration tracker' shows the Chinese passenger EV market's steep growth trajectory, while XPEV is well-positioned to pick the ripening fruit in the space.

The mid-to-long-term outlook seems rather harsh, with the market competition intensifying and the growing uncertainty of the company's RORC. Besides, a surprise can come from better-than-expected deliveries, as well as from another possible Tesla (TSLA:NASDAQ) leap in stock price.

The most TSLA-like carmaker in China…

Xiaopeng He, Xpeng's CEO and founder, incorporated the company in 2014. Since then, he has been sailing the market waves in the same segment with arguably the most famous auto stock– TSLA. He has selected a management crew comprising professionals from ZTE, TSLA, JP Morgan and Volkswagen, among other tech-heavy corporations, top automakers and global professional services companies. XPEV launched its SUV G3 in 2018 with the price starting from CNY 147,000 and an NEDC range of at least 520 km. In 2020, the carmaker rolled out its sedan P7, with the price and NEDC range starting from CNY 230,000 and 562 km respectively. P7 adopts a streamlined design, taking on TSLA's Model 3 in the Chinese market.

…is dedicated to R&D…

Another characteristic shared by Xpeng is its intention to provide a "revolutionary experience to tech-savvy consumers through full self-driving and in-car entertainment services." It concentrates on R&D, adopting full-stack solutions. To achieve self-reliance, XPEV has been pouring colossal money into the innovation push. In the past twelve months, it spent USD 290 million, or 53% of the revenue of USD 551 million, on R&D. By comparison, NIO has invested USD 397 million, or 21% of its total revenue generated over the same period. For the most critical spending parts – the advanced driver-assistance systems (ADAS) and the automotive operating system – XPEV has opted for mainly self-developed solutions, but is also deploying Nvidia's chips. Meanwhile, the company's Chinese contenders, NIO (NIO:NYSE) and Li Auto (LI:NASDAQ) purchase the hardware from Intel's (INTC:NASDAQ) Mobileye, Desay SV, Qualcomm (QCOM:NASDAQ) and others.

…but needs to expand its scope.

While we consider XPEV somewhat innovative and its P7 is a sensational model for the Chinese market, right now, the firm's product menu doesn't seem to be enough to spur sustainable revenue growth. Xpeng has only released two EVs, out of which the P7 sedan is the flagship. TSLA, on the other hand, has already released four models, with the Model 3 being already manufactured in China. Xpeng will have to develop new models to provide the consumer with more options and compete with its rivals' expanding model lists. NIO, for one, has already released three models and is working on the fourth (ET6 concept).

While the production seems to be ok…

XPEV has a ramp-up manufacturing history of delivering 10,000 G3s and 10,000 P7s more quickly than NIO and LI did with their top models. Its self-owned Zhaoqing plant aims to manufacture 100,000 cars per year, which can support market demand in 2021. The management declared during the 3Q earnings call that the battery bottleneck wouldn't be a problem; the firm expects to sell 10,000 cars in 4Q 2020.

…the high R&D cost might hurt the company's business.

Although the 'Full Self-Driving' (FSD) systems are among the core NEV-related topics, the technology adoption track is full of hurdles, and the high R&D costs may hurt XPEV's margins. Even the market leader – TSLA – has not been able to deliver genuine FSD until now. In China, the issue is exacerbated by the infrastructure and road conditions. No matter how advanced autonomous driving is, there is always a risk factor coming from outside of the system. In China's often chaotic urban areas with heavy traffic and comparatively weak regulation, which are filled with delivery scooters, the risk is considerable. We believe that neither TSLA's nor XPEV's FSD is likely to become popular overnight among Chinese consumers. It will be hard for Xpeng to monetize its R&D endeavors, which can keep hurting its financials in the mid-to-long term.

In a highly competitive market…

XPEV is playing a tough game. According to CICC, the mid-end market game is the most intense segment, with a variety of mature models with strong brand power. More mid-end EVs designed by traditional automobile enterprises are coming out these days. And NEV makers like NIO, LI and XPEV do not have obvious competitive advantages over them – except for, maybe, the subsidies provided by the local states. NIO can be a benchmark for XPEV's valuation. It is trading at the P/S (TTM) of around 36, which we believe can be referenced as the limit of XPEV's forward multiple. XPEV's prices are projected at around 51.4, 20.2 P/S in 2020 and 2021, which implies a topline exceeding USD 2 billion turnover for 2021, an average of over 5,000 car shipments per month – similar to NIO's current deal numbers.

Compared to XPEV, NIO has proved a decent sales momentum of the premium models with production stronger than XPEV's, exhibiting creative BaaS and swap station development. At the same time, NIO is a bit worse in self-driving R&D. Given the current commercial results, there should certainly be some valuation premium for NIO. But it's not likely to remain that large.

A bellwether of the entire EV sector, TSLA – as has already happened this year – will stir additional hype around XPEV. So will the Chinese NEV company's projected high sales numbers in November and December.

So: hold XPEV and buy the dips.

CONTACT US
Scan QR code to contact us for professional consulting services
Next article
Pains Behind Xiaomi's Record Highs in 3Q 2020: A Long Way to Greatness