The earning quality and the technology out put capability still concern investors. 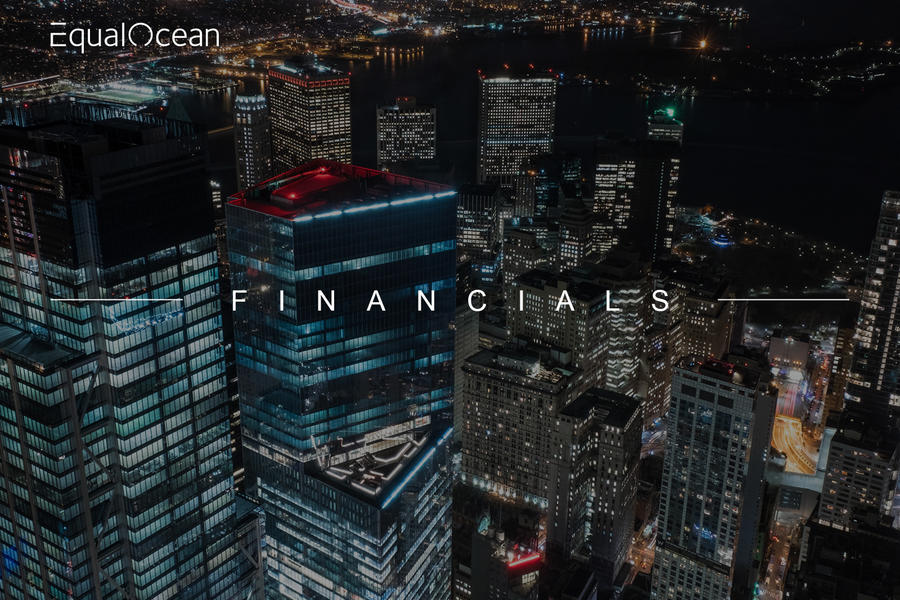 ● OneConnect's stock price has doubled in the past twelve months.

● The net income growth caused by the non-recurring cost cuts is barely sustainable.

● The company's independence is still an issue as most of the revenues are contributed by the Ping An ecosystem.

● We give OneConnect a moderate 'hold' rating.

OneConnect (OCFT:NYSE), a fintech spinoff of Chinese financial citadel Ping An Group, provides technology solutions for small and medium-sized financial institutions. An NYSE newcomer that just had its IPO anniversary, OneConnect saw its share price double, reaching USD 20.51 on December 16, 2020. However, even after this surge, the current market capitalization of USD 7.8 billion still can't catch the valuation of USD 8billion rumored to be imminent right before its 2019 IPO – however, this is slightly higher than the post-money USD 7.5 the firm was valued at during its Series A in 2018.

In a broad sense, OneConnect has reached somewhat of a ceiling in terms of market sentiment. Here, we discuss the possible reasons for that.

What has generated the 51% revenue growth?

The revenues of OneConnect have been growing steadily since 2017, with the 3Q2020 figure showing a year-over-year increase of 50.7%; net losses have also narrowed since the last quarter, showing a robust trend. However, in 2020, the shrinking net loss has been partially spurred by the decreasing employee-related expenses: there were some large-scale layoffs. According to an insider in the company, it cut over 30% of the jobs during the first half of 2020.

This statement is partly proven by OneConnect's recent financial statements. By nature, cost of employee benefits, which is composed of53% of research and development (R&D) expenses, 66% of selling and marketing expenses and 49% of general and administrative expenses, has experienced a decline in 2020, based on the percentage of revenue in 2019. The growth contributed by layoffs instead of a better cost control is never sustainable. What is more, the explanation OneConnect has given –  'the job losses are mainly due to the continuing emphasis on technology research spending' – is a bit different from the story the figures tell. The increase in R&D expenditure in the third quarter of 2020 is way behind the business expansion pace, and also accounts for a lower percentage in the revenue compared to the last few quarters.

Heavy dependence on Ping An

OneConnect was incubated by Ping An Group, which holds 30% of the fintech’s shares; the firm’s increasing dependence on its stockholder is apparent. Its revenue contributed by non-Ping-An-ecosystem clients accounted for only 34% of the total figure during the third quarter of 2020, showing a significant decline from 50% recorded in the same period in 2019. 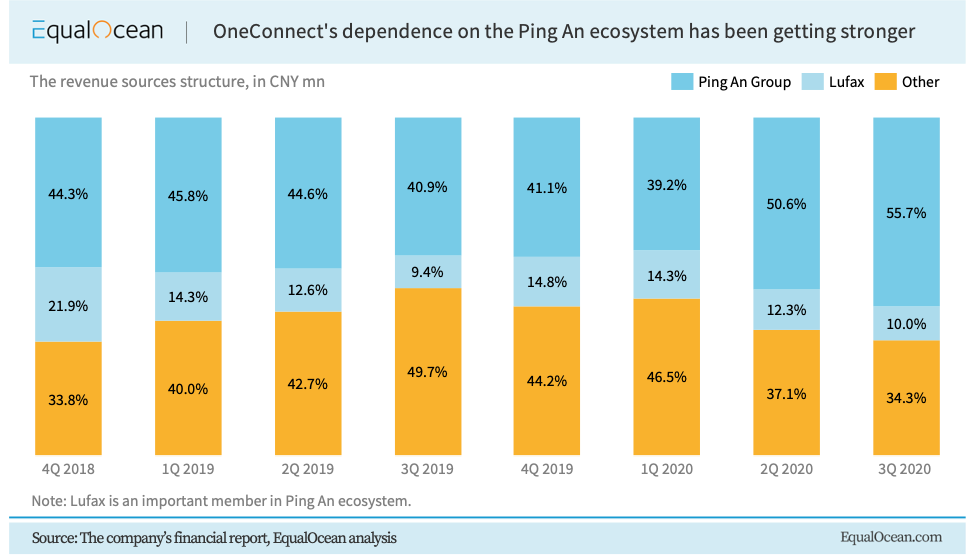 Lufax (LU:NYSE), another fintech spinoff of Ping An Group, has access to and takes advantage of Ping An's large financial data pool. OneConnect, on the contrary, needs to reduce its dependence on Ping An Group to prove its technological capabilities and the 'TaaS' firm status. However, in the pandemic days, an unusual time to convince the investors, OneConnect failed to do so and even showed more dependence on the insurance giant.

By the end of 2019, OneConnect had over 3,700 clients including 99% of China's commercial banks. By now, banks are still its main customers. In recent years, financial institutions (FIs) have been increasingly investing in technologies with the year-over-year growth of R&D expenditures ranging from 16% to 45%. According to Credit Lyonnais Securities Asia (CLSA), 91% of banks look for outside support in digital transformation.

However, the large demand for technical support from FIs does not mean that fintech companies, like OneConnect, can take full advantage of it. Large banks that are equipped with profound economic bases have certain abilities to develop technologies themselves, avoiding dependence on third-party fintech firms. The six largest commercial banks account for around 40% of the entire industry in China, based on the amount of the asset, with this ratio being relatively stable over time, which might constrain upward market potentials for fintech firms. The smaller banks that have crying needs for digital transformation to maintain their competitiveness, however, have limited funding capabilities. In other words, the investment magnitude of OneConnect's 3,700+ clients in technology is still uncertain.

Although OneConnect has shown some positive signs in its financials, there are a few concerns about the sustainability of its future growth. However, it went public at a discount and the current valuation is still below its highest level prior to the IPO. Also, being among the first publicly-listed Chinese fintechs, the company has been increasingly recognized by US investors, just as the stock price has reflected. Our research on China's fintech market prospects shows positive signs regarding OneConnect's future. Therefore, we suggest a moderate 'hold' rating.