Lufax, representing the P2P business in China, experienced some vicissitudes, along with the non-traditional financial industry. 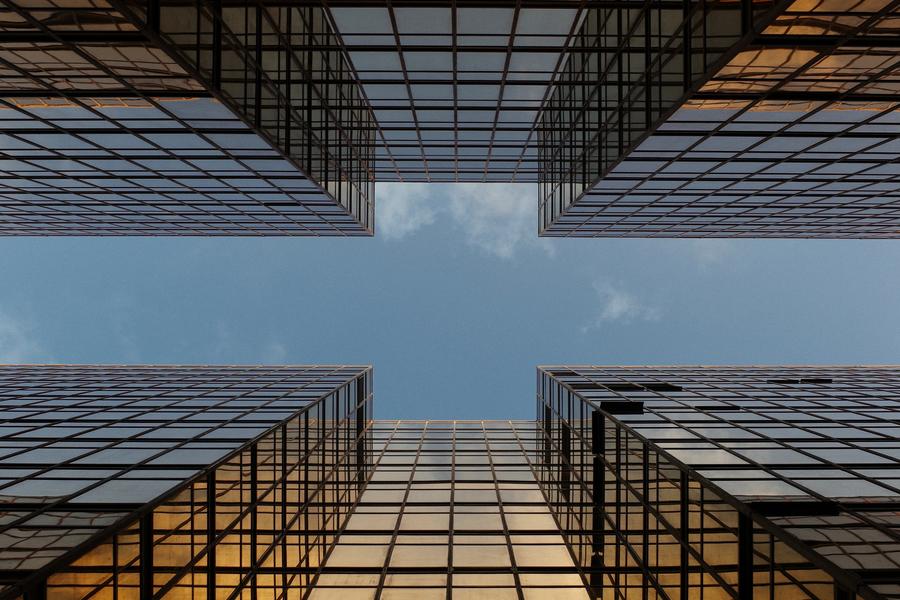 This article is Chapter 1 of EqualOcean's comprehensive analysis of Lufax Holding. Explore all the chapters of the report:

Chapter 6: Lufax and Ping An

● Non-traditional financial services began to appear in 2004 with the birth of Alipay.

● Peer-to-peer business, which used to take up a large amount of the market, is dying under strict regulation.

In 2003, Taobao.com was introduced, prompting the first generation of Internet finance companies – the wave is best represented by Alipay, which was established in 2004 to solve the credit issue in e-commerce transactions. In the following two years, more online financial services emerged, such as online transfer, security trading, investments. The debut of non-traditional financial services providers marked a new era for the entire financial industry.

The PPDai (PPDF:NYSE), the first peer-to-peer (P2P) company, was born in 2007, marking the commencement of an online credit lending business. In 2012, Ping An's Lufax launched P2P products, representing that the traditional financial institutions (FIs) started to break into the Internet finance field. The 'new finance' began to grow wild with the introduction of Yu'E Bao (Chinese: 余额宝) in 2013, the star money market fund product of Alipay. The same year, the birth of Zhong An Insurance, established by Ant Group, Tencent and Ping An Group, introduced an effective online insurance business. The use of virtual currency also entered people's lives, changing the way money was used and also hitting the traditional financial services hard.

In 2014, China ushered in the most prosperous year in Internet finance. WeChat's Red Pocket (Chinese: 微信红包) came to the market with a high degree of attention, and Du Xiaoman Financial and Ant Group were officially founded. P2P firms kept raising funds during the year, which spurred more entrepreneurs into the market. At the same time, Lufax became the largest P2P platform in China and was ranked in the top 3 globally by Lend Academy, a US online credit lending resource platform. 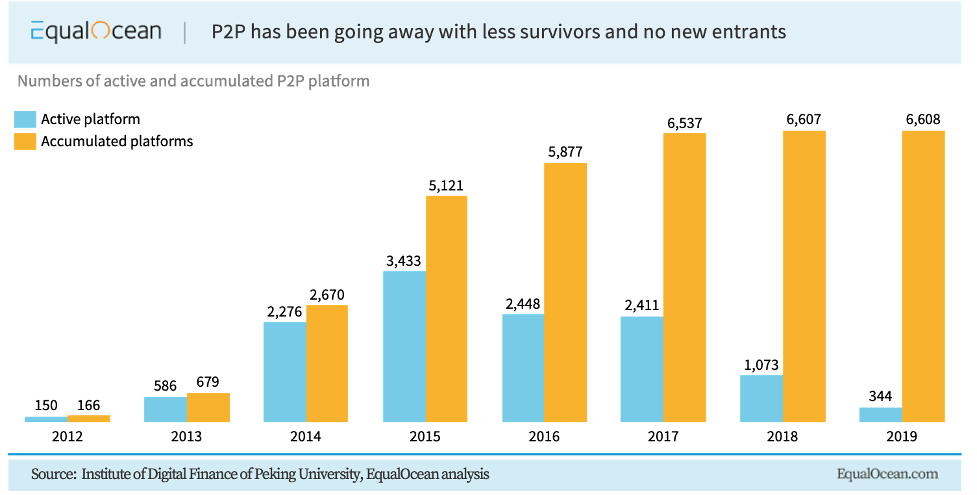 Also, the consumer finance wave was unleashed with the introduction of JD Digits' JD Baitiao (Chinese: 京东白条). Internet finance was finally given attention by the state with the first government work report.

However, the explosive growth revealed the multiple abuses under the extensive develop mode. Ezubao took USD 7.6 billion in a Ponzi scheme. This pushed to the forefront the issue of under-regulation in the P2P industry.

The state started to implement stricter rules on the industry, as the number of companies continued to decrease. However, during 2016 and 2017, several good companies still developed well and went public, like ZhongAn Insurance (06060:HK), PPDai and Lexinfintech (LX:NASDAQ). On the other hand, the P2P industry, a prosperous but disorderly industry that was even the cradle of financial crime, was eventually destroyed by the state with extremely strict regulations – these affected most aspects of the industry, including the reduction in the outstanding loan balances, the employees and the offline marketing stores, stabilization in fund resources as well as the controlled non-performing loan amounts.

The entire Internet finance industry became more regulated with the further expansion of digital payments and the shrinkage of the P2P market since 2018. Lufax also stripped off its P2P business along with the industry trend.

However, the non-traditional financial market is still in the early stage and therefore requires further systemic supervision – which is also what the Chinese regulators have been doing.

When it comes to 2020, the pandemic presents an immense opportunity for growth for these new finance companies. Read more about this in the next chapter.

CONTACT US
Scan QR code to contact us for professional consulting services
Next article
IPO on Track: State-Backed CloudWalk Wants to Be AI's Microsoft