What Is Behind the Jack Ma Alibaba Regulatory Woes 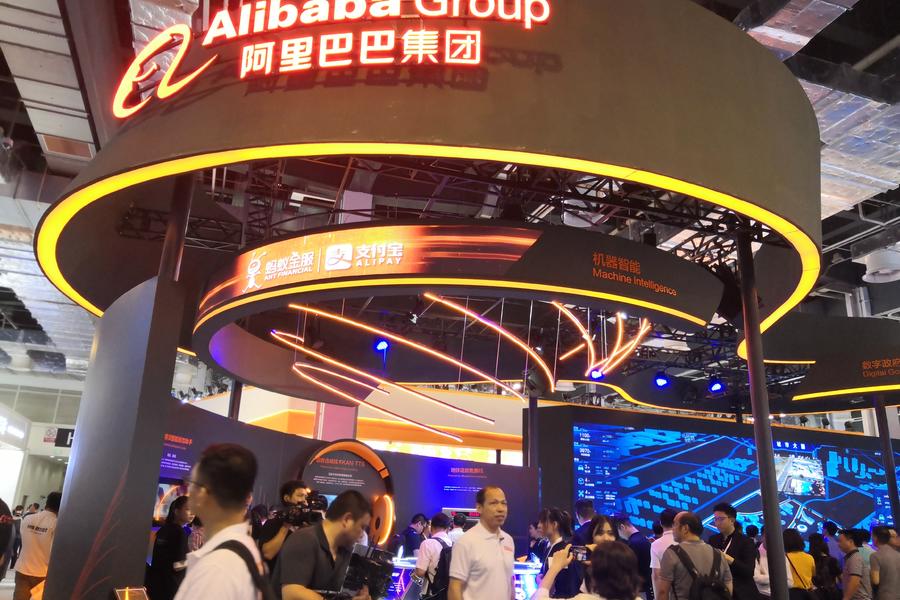 Following the recent hullabaloo over Jack Ma and his prodigy, the massive Ant Group, many analysts have made their opinions known. Some, using questionable assumptions, believe that the impact of the state scrutiny will be insignificant and recommend 'buy the dip;' others have been more cautious, appealing to the lack of clarity about what the Chinese government can really do to the e-commerce titan.

But they all agree on one thing. There is an ongoing conflict of interest between Alibaba Group (BABA:NYSE), China's regulators, corporate lobbies and, perhaps, the public. In this article, we explain why Alibaba's sub-1 PEG ratio might be here to stay. We first look over possible reasons for the current change in Beijing's approach to anti-monopoly regulation, then discuss why JD.com (JD:NASDAQ) and Pinduoduo (PDD:NASDAQ) are likely to benefit from their Hangzhou archrival's crisis.

Similar to that of many other countries with a Gini coefficient remaining at over 0.4 for decades, the wealthy-hating complex is rather strong in China. One example of this is the now widely circulating post (link in Chinese) that elaborates on "Jack Ma's 10 deadly sins," accusing his corporation of an adverse "impact on the social security mechanism" and "creating employment pressure," among other things.

The increasingly negative public opinion is not the only challenge; in fact, it is just the tip of the iceberg. Spreading its tentacles across industries, Alibaba has been damaging the domestic start-up ecosystem in at least two ways: 1. luring the best brains into its corporate structures, preventing them from innovation through independent ventures; 2. launching spinoffs and buying up up-and-coming disruptors to expand its influence in the tech space. N.B. It could be added that Tencent has been doing exactly the same thing. The 'capital winter,' which is frequently spoken about in China's venture circles, might be a result of the tech giants' actions in the sense that the number of high-quality start-ups has declined significantly, making professional VC organizations wish to keep their powder dry instead of investing in projects that may wither away.

The industry-reshaping intentions are another critical issue. Indeed, Alibaba's platforms are overall good for the retail sector as they provide a plethora of small vendors with access to a vast consumer pool while enhancing the online user experience. The 'platform' side of the company's business is something that the tech-savvy Chinese rulers highly appreciate.

However, the story, apparently, goes beyond e-commerce. The cancellation of Ant Group's IPO has shown not only the Chinese regulators' attitude towards the risks behind data-based finance but also the power of the incumbents' lobby in the country's gargantuan financial sector. The 'big four' state-backed commercial banks that Ant is now indirectly competing against employ over 1.5 million people, with nearly CNY 100 trillion, or over USD 15 trillion, in combined total assets. In the asset management industry, which Alibaba's eminent spinoff was planning to conquer as well, various government-affiliated securities companies are concerned about the possibility of losing their client networks, too.

In a nutshell, China's anti-monopoly quest is a result of a slow but sure tectonic shift in the collective perception of the tech sector and its role in other domains. And it is not a secret anymore. Pan Gongsheng, the People's Bank's official, who is involved in the investigation, told journalists (link in Chinese) on December 27 exactly what the state doesn't like about Ant:

1. "The corporate governance mechanism is not robust"

2. "Being indifferent to the law, ignoring regulatory compliance requirements"

4. "Using market advantages to push other players out the industry"

Yes, (1), (4) and (5) are quite normal for such a gigantic corporation. But (2) and (3) sound like serious accusations fundamentally challenging the way the company makes – or, more precisely, mints – money.

It is not hard to understand China's e-commerce champions. In retrospect, before 2015, when Pinduoduo was founded, Alibaba and JD.com had been dividing the pie, which was growing proportionally with the increasing Internet penetration domestically. Unlike its more versatile twin, the latter was traditionally stronger within categories such as consumer electronics and had better service quality, targeting the country's urban middle class.

In the past few years, however, the course has been changed due to market saturation and the emergence of Pinduoduo, along with a great number of niche platforms. Since 2015, China's online retail industry has been moving faster: high-end players have been diving into the lower-tier cities, while those targeting the low-end segments have been denting into the consumer landscape of the major megapolises. Alibaba's now proverbial 'picking one from two' tactic is the consequence of those strategic moves by its peers and the company itself.

With the combination of Taobao and Tmall, Alibaba remains a one-stop solution for Chinese shoppers; its broad menu is nominally less concentrated than those of the key challengers. Therefore, if Jack Ma's company loses any part of its clout – in terms of either merchants or users – Pinduoduo's 'CNY 10 billion' campaign-powered marketing tactics and JD's superior logistics will allow them to quickly loot what's left.