Even though TSLA's rally in recent weeks has lifted almost all the EV stocks, we believe XPEV hasn't reached the level of its real intrinsic value, and the 2021 performance will bolster its Autonomous Driving (AD) features improvement. 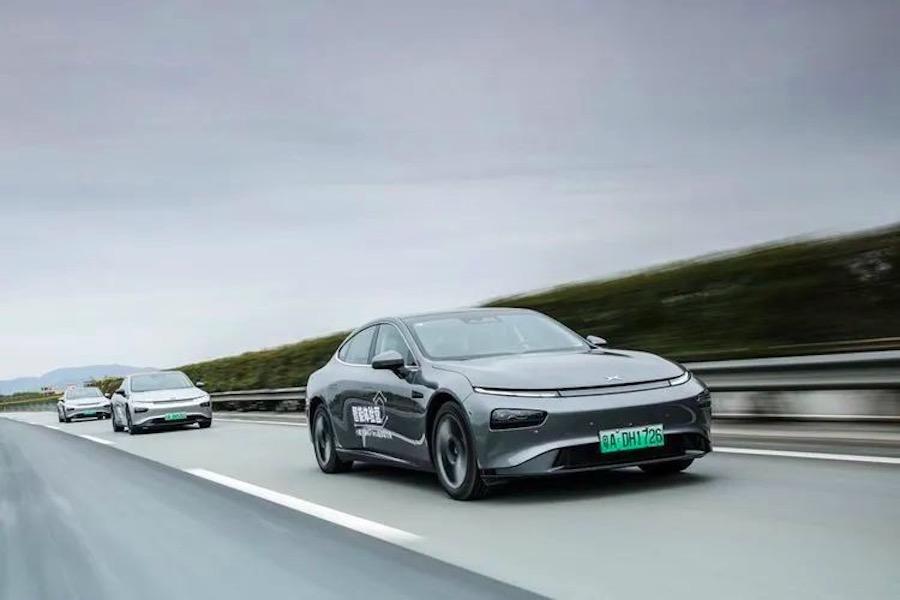 ●          XPEV is about to release another sedan model equipped with Lidar.

4Q 2020 was a completely winning quarter

In December 2020, XPEV’s sales reached another record high with 5,700 deliveries, enabling the company to beat its 4Q expectations by around 30%. By comparison, NIO and Li Auto had only 5% and 21% upticks respectively. Besides, XPEV's production has reportedly been boosted. Given the fact that the management knows how many cars they need to deliver 4-8 weeks before making an estimate, we expect the company to post significantly higher projected numbers for 1Q 2021.

XPEV's management team is experienced in operating the car manufacturing process. They built their Zhaoqing plant within 15 months and have shown the ability to increase production capacity really fast. To make 10,000 P7 vehicles, they spent 160 days less than NIO and Li Auto for their models to reach a similar figure.

XPEV provided a trial camp of NGP beta 3.0 exclusively to some guests on January 11, and the official version will land soon after that. Prior to that, the engineering version of the highway autonomous navigation test was taken in October 2020. (NGP high-speed autonomous navigation and driving is one of the driving functions of XPILOT 3.0. It means that the vehicle can realize autonomous navigation and driving from point A to point B on the highway covered by the high-precision map.) Many in the industry deem this feature smarter than TSLA's system on some occasions in China – perhaps, due to the localized datasets.

On January 7, 2021, the company published a picture on social media, implying a new sedan car would soon come out. But the release date is also not disclosed. Based on limited information, the car looks different from P7. Besides, according to previous news, it should be a Lidar-based model.

As a more widely-used gadget, Lidar brings new advantages to EVs’ AD. Those include better recognition of pedestrians, animals, traffic cones and other objects through ''measuring distances by illuminating the target with laser light and measuring the reflection with a sensor.''

We use a top-down methodology to estimate revenue and value the stock through the PS ratio.

XPEV currently holds around 0.12% of China's passenger market in 2020 and the figure is projected to reach 2.38% in 2030. To better understand the figure, XPEV will have three hot-cake models having similarities with Honda Accord, Volkswagen Magotan and Toyota Camry. The fiscal 2021 revenue is CNY 19.14 billion (USD 2.94 billion if USD/CNY = 6.5). In other words, the company will sell if we choose the PS ratio of 19 (the average of NIO and TSLA), its market capitalization will be USD 55.86 billion, 60% higher than the recent level (as of January 8).

Since XPEV went public, its valuation has been very close to TSLA and NIO's except for the period of abnormal trading from November 20 to December 10. By eliminating that period, we found that the major Chinese EVs’ PS ratios are highly correlated. Currently, XPEV is trading at a lower PS, which is a 'buy' signal. 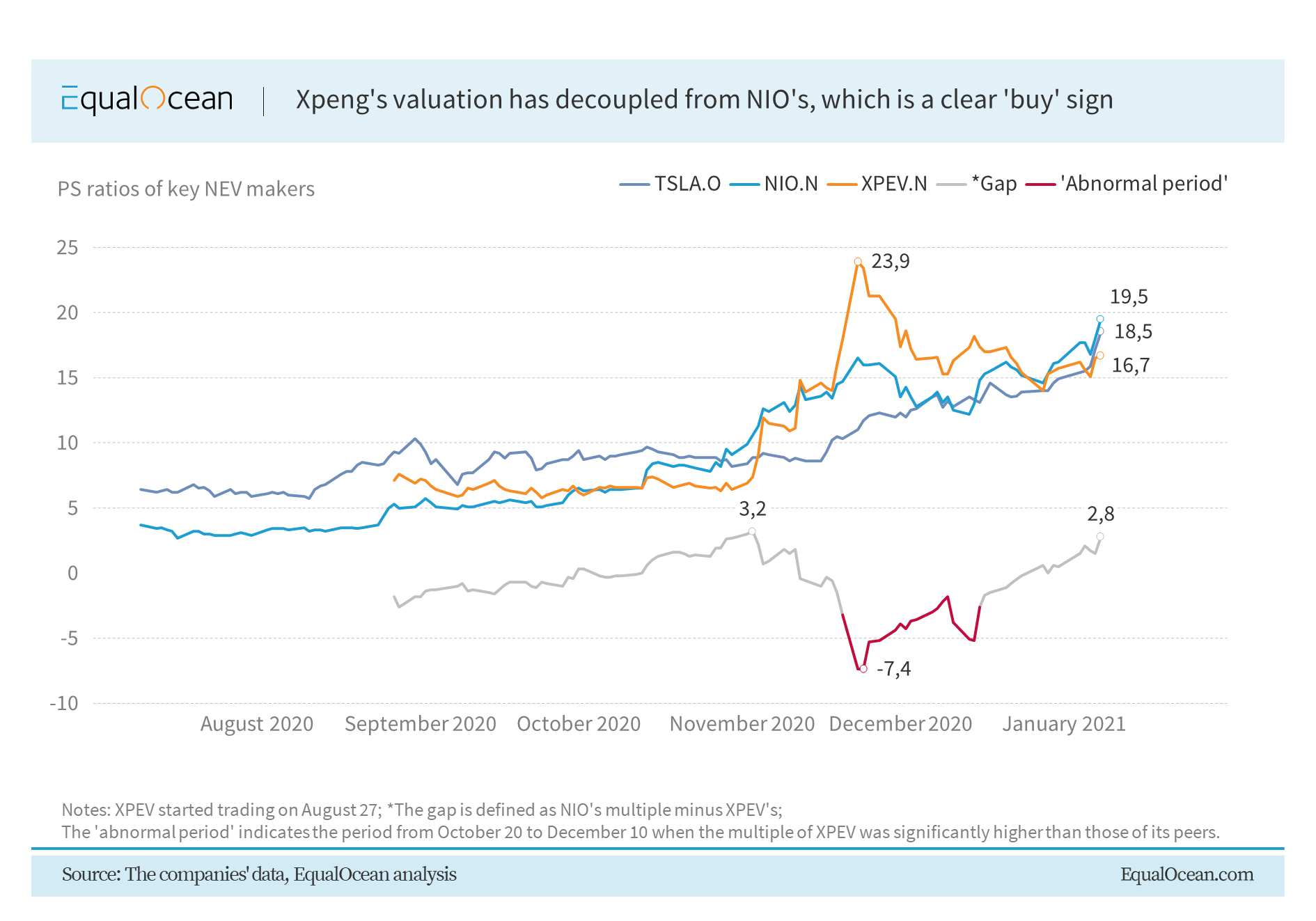 What's more, based on the data from Seeking Alpha, using a USD 2.2 billion projected revenue and 16 forward PS ratio, we can get a market cap of around USD 35 billion on January 8. But our revenue estimate for 2021 is significantly higher than the  upper bound of Wall Street's estimation (USD 2.24 billion). We think the street will sharply upgrade its estimates after the 4Q earnings call.

Finally, AD matters now. For one, we saw Baidu's 60% rally in December, and it's keep growing as Apollo project gets shaped up. The upcoming 3.0 version of XPEV's XPILOT is rapidly getting popular in the local market, presenting a great buy opportunity for growth stock investors betting on in the future of AD RD.

In all, 2021 will be another growth year for Chinese NEV makers, and XPEV is highly likely to perform better than its peers because of a more solid growth momentum and potential AD progress.