The enormous insurance incumbent's position in the local market has been challenged by fintech disruptors. 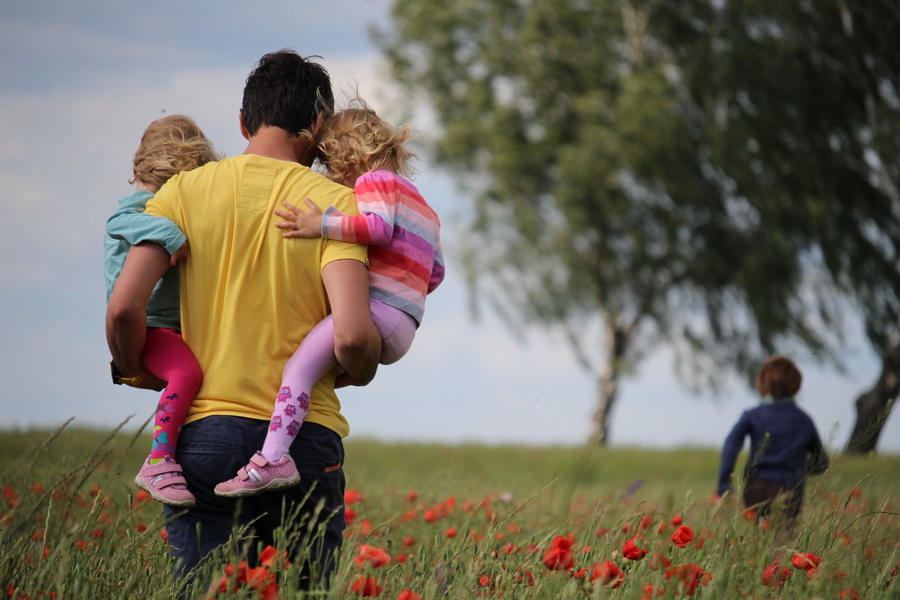 China Life Insurance (LFC:NYSE, 2628:HK, 601628:SH) is one of the largest life insurance companies in China and has been leading the industry for decades. However, with other companies' rapid expansion and a successful transformation of the scene, LFC has been losing its advantage in a field it used to dominate. Here we discuss the trends in China's life insurance industry, as well as the business performance and future outlook of LFC.

The life insurance market in China started in the 1990s with an explosive expansion. Companies were focusing on taking a bite out of market share, actively recruiting agents and providing high-return products. After ten years' development, the management teams realized the high fixed costs of maintaining a large agent team. The life insurance industry then ushered in a new era.

At the inception of the 21st century, large life insurance firms changed to a share-holding system and turned their emphasis to create value and increase profitability. Agents were experiencing slower growth; insurance products became more diverse with better structure.

Years later, the bancassurance business became popular, providing a sales channel without depending on the marketing agents. However, banks that control massive client bases normally share more profit. Thus, for a long time, insurance companies in China made money through aggressive investments and high-yield profit-sharing products.

Nowadays, the industry is rethinking a development path that will be less dependent on the banks, with better product design. In the future, China will follow the example of western countries where the profit contributors are asset and debt management, and more secure products with a more 'insurance' nature. McKinsey believes that, in the long run, asset and debt management will be the way to distinguish the performance of insurance companies.

China Life's status has been undermined

The market position of LFC, which was a monopolist in the Chinese life insurance market for decades, has been undermined. Several perspectives illuminate the downgrade.

First, the income structure needs to be improved. The profit of the insurance companies generally comes in three parts: Interest Margins, Expense Margins and Mortality Margins, which represents the difference between the actual situation and the expectation on investment return, expenditure and mortality rates. China's insurance companies now, unlike the developed market that has the income generated from three margins, mainly come from interest margin. Even for LFC, which provides relatively less investment-nature insurance products, interest margins ranged from 76% to 114% from 2004 to 2013, and were never disclosed after that. Ping An Group, considered as the main competitor, reported a 35% interest margin in new business, in its 2019 annual report. The low-interest rate environment will make these companies even more durable.

The New Business Value (NBV) that refers to the present value of the future profits associated with new business written during the year, is another way to measure the future potential of an insurance company. We can see that LFC has lost its competitiveness in NBV, especially compared with Ping An, which has continued to increase its NBV has been continuously increasing during the recent years. In addition to the above, profitability will be the best measurement for any company. During 2004 to 2019, the average net income margin of Ping An Group, calculated as 11%, significantly surpassed LFC's 6%, which is also the level of other large insurance companies.

Furthermore, in this new era, the traditional operation has been replaced by more advanced techniques with fewer labor spending, and so does the insurance industry. Ping An, as a representative traditional financial institution that aggressively deploying technology, is on the right track of digital transformation with the compression in agent teams. On the contrary, LFC lacks technology development but still runs a traditional agent-dependent model (a drawback in the long-run but provides more resistance in bad economic situation, will discuss later).

We have to say, LFC's leading position is indeed in danger.

Is the company in that much danger?

Even though LFC has been surpassed by competitors in many aspects, it still has certain advantages. 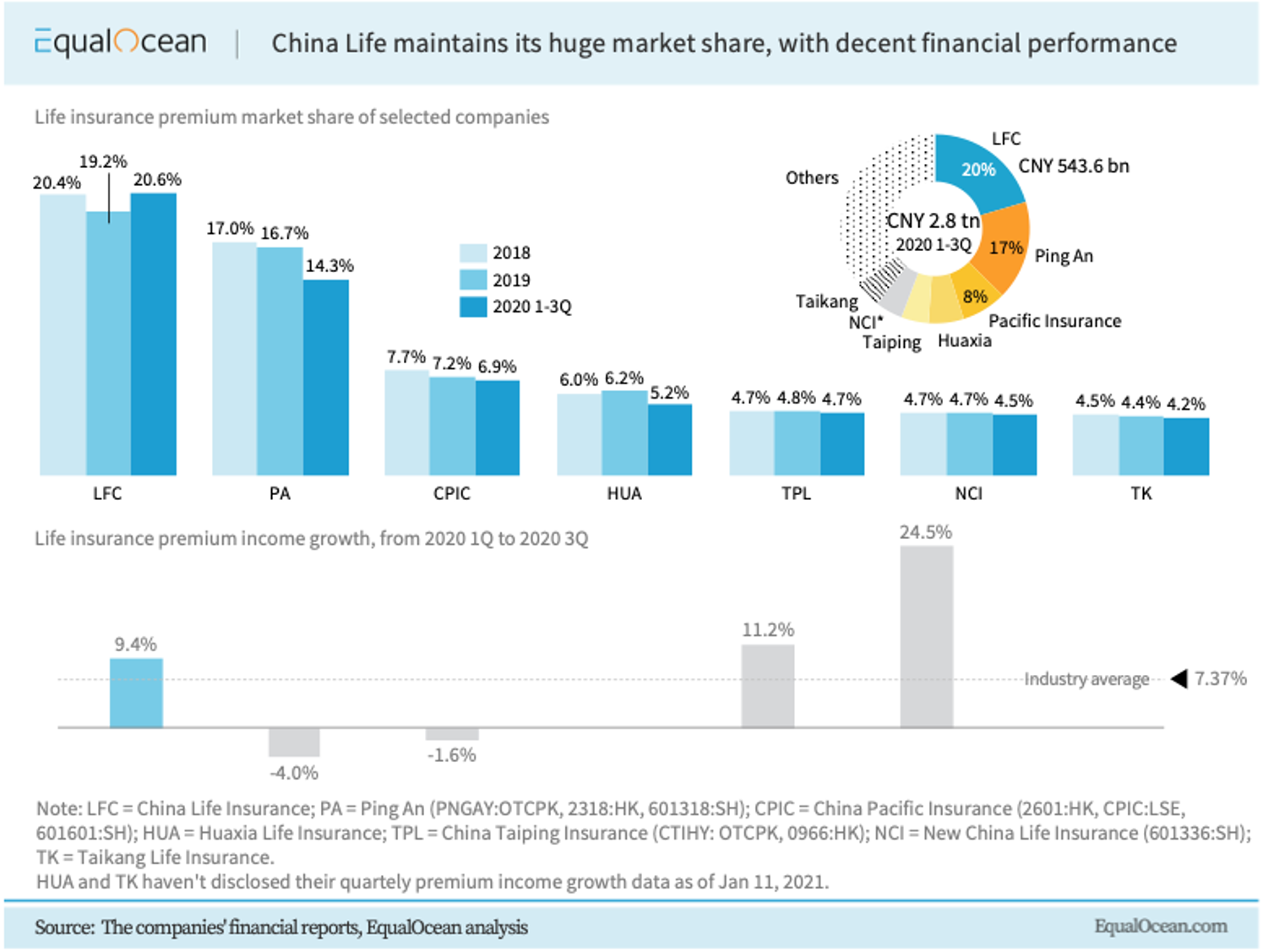 Value stocks tend to outperform during downturns. Even hit by the COVID-19 crisis, LFC achieved positive growth in life insurance premium income, doing better than the industry average level, given that many industry players reported negative results, including Ping An.

Furthermore, LFC has absolute strength in the agent team scale. As the way is still the main channel of product sales in the insurance market, the agent number is considered the core strength of the company. Also, the agent team of LFC has the widest region coverage and the most branches.

While these advantages of LFC have provided a solid base for the company and will be among the drivers of its future development, the penetration of fintech in the country is a trend that can’t be ignored. As the digital space expands, allocating more assets and capabilities to R&D will be a must in the mid-term perspective.

The bottom line: Will LFC gain back its status in 2021?

Even still ranking top, LFC has lost its dominant status in the market. This urges the company to call for a transformation with the slogan of 'Revitalization.' The company will step out of the traditional insurance operation methods and will look for more techniques to run the business, with more emphasis on the quality of the services and products, instead of pure quantity. So far, the strategy has achieved favorable results since its debut in early 2019, with continuing robust financials that may allow it to lead the industry again.

CONTACT US
Scan QR code to contact us for professional consulting services
Next article
EqualOcean on Lufax: Risks and Concerns (8/8)