One of Li Auto's co-founders, Donghui Ma, has recently left the company. 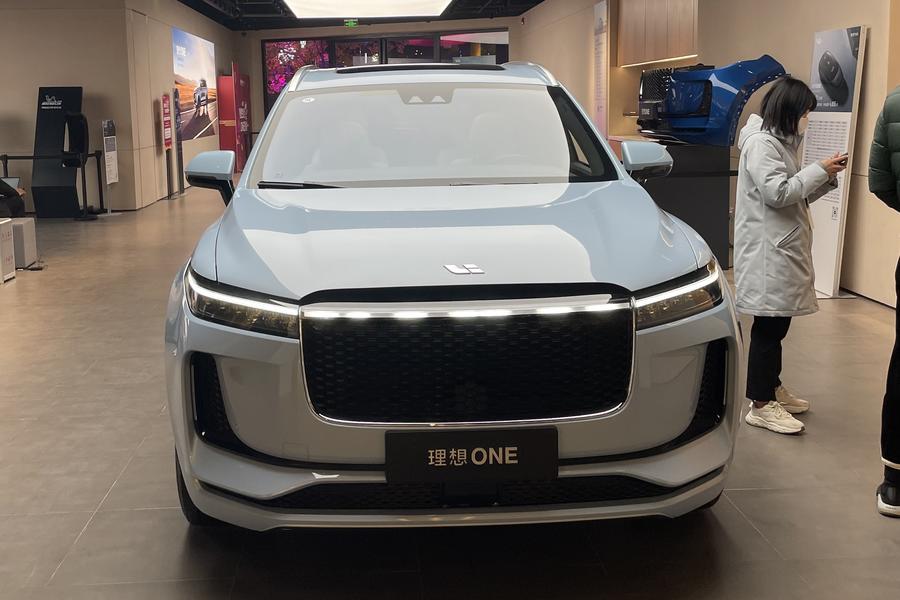 The article had been written before the company's December deliveries announcement on 2 Jan 2020.

We view Li Auto (LI:NASDAQ) as a rather conservative EV player based on its product and corporate strategy. While the room for the firm's expansion is limited, Li ONE's features protect Li Auto's business growth in the short-term.

In 2020, the Chinese EV space was fertile and well cultivated, as we showed in our latest article about NIO (NIO:NYSE). Li Auto is also benefitting from the car market's rebound, fast domestic EV adoption and solidifying infrastructure.

Li ONE (or Li Xiang One), the only mass model of Li Auto, is a price-effective SUV for large families in China. Compared with hit products of TSLA, NIO and XPEV. its design is not avant-garde. The model's price starts from CNY 328,000 with an NEDC range of over 800 km and a 40.5 kWh battery.

Fundamentally, Li ONE is poised to deliver stable growth consistently with a combination of ICE and BEV features, which means facing more potential clients. Buyers of Li ONE can enjoy many advantages, such as an easier way to get a NEV plate, which is extremely attractive for many families in Tier 1 cities, government subsidy and lower costs brought by EV charging and convenient use when switching to the 'gas mode.'

Another factor contracting Li Auto's valuation is autonomous driving (AD) technology. The situation is unlike XPEV's NGP delightful result, which, in some of China's road conditions – such as fork roads – recognizes objects more accurately than TSLA's AD system. NIO Pilot, NIO's AD system, reached over 100,000,000 miles of testing. The company didn't show exciting progress in AD. Most recently, to remedy this, Li Auto has cooperated strategically with Nvidia and Desay SV. In November, Li Auto sold 4,646 vehicles, up 25.8% MoM, a new peak. This figure allowed Li Auto to maintain its market share of 2.5%, the same as a month ago. Li achieved 8,338 total sales of vehicles in October and November. Given the management's conservative estimate of between 11,000 and 12,000 units sold in the fourth quarter of 2020, it can easily surpass the target.

It is now a prevalent idea among Chinese EV supply chain firms to explore foreign markets. But Li Auto seems to be relatively static on the move. Since the last earnings call, the management hasn't presented a clear guideline on releasing a BEV model in 2022. In December, the company finished seasoned equity offering. Thus, the most recent official claim is ''(i) next-generation electric vehicle technologies, including high-voltage platform, high C-rate battery, and ultra-fast charging, (II) the next BEV platform and future car models, and (III) autonomous driving technologies and solutions and general corporate purposes.''

Currently, the company is showing all signs of following the idea of concentrating on products and related infrastructure.

Besides, LI's management team is famous for cost control capabilities, and the firm is likely to break even earlier than NIO and XPEV.

The company was founded by Li Xiang, a serial entrepreneur who is locally famous for cost control. Some describe him as a person who never wastes a nickel from investors, eyeing on relieving pain points for customers. It appears that this idea guides the company offers products and marketing strategy. Specifically, Li Auto has been benefitting from the technical route and cost control. Higher percentages of ICE components contribute to a cheaper cost of goods than BEV models (mainly reflected on battery costs). Besides, the SG&A fee is also lower than those of its peers.

In all, it is natural to expect LI to reach the profitability line earlier than NIO and XPEV.

A necessary comparison when judging Li's value is checking out peers' multiples. Using the forward PS approach is quite reasonable for evaluating EV stocks. According to Seeking Alpha, Li Auto, NIO and XPEV are traded at 9.4x, 14.9x and 13.8x 2021 PS ratio as of December 29, 2020.

We think such EV stocks are inflated by three concept-based factors: their 'electric' status, profit expectations and the AD prospects. Firstly, the market only allots 1.54 2021 forward PS (the fiscal year of 2022) to traditional motors like Toyota. One thing that needs to be noticed is that Toyota has lots of debt, which means the PS approach here undervalues the enterprise. For players selling ICE and EV simultaneously like BYD, it is only 0.89x. By contrast, it seems the market gives a premium on the three sides of 2-3 for being an EV maker.

Currently, China concept stocks are facing increasing delisting risks. Li Auto, however, went public less than one year, which prevents the regulators from launching a Li-focused scrutiny campaign for at least another two years, according. Besides, Chinese NEV makers can follow Alibaba, NetEase and JD.com and go public again, in Hong Kong.

We deem Li Auto to be well-priced when compared with NIO and XPEV. With less 'adventurous' management, Li's business development is safer than those of NIO and XPEV, but it may also curb growth opportunities.